I have a new special offer in April for active or new Patrons of Hermetic Library, for an extra $99 off Carolyn Elliott’s INFLUENCE: the life-altering course on mastering practical magic. This 10-week course is intended to help people achieve dramatic positive change in their lives through shadow integration practices and applied occult philosophy.

Become a new Patron of Hermetic Library now to get your $99 off coupon.

Dr. Carolyn Elliott is the founder of WITCH magazine, author of Awaken Your Genius: A Seven-Step Path to Freeing Your Creativity and Manifesting Your Dreams, and co-host of the Grit & Grace podcast.

I’ve been following Carolyn’s work for a while now, including her magazine, book, and online courses, and thought I’d reach out to her to see if we could make a special offer available to you. Carolyn thought that was a great idea, and so we’re offering this to you for becoming an ongoing supporter of my work on Hermetic Library. This is both of us saying thank you for your help keeping the amazing resource provided by the library online and growing. I hope you’ll check out this course, Carolyn’s other courses, her book, online magazine, and podcast.

This offer is open to active and new Patrons of Hermetic Library through the month of April and is a coupon code for an additional $99 off the current course enrollment.

When you check out that course page, you will be given an offer to take the course and save $199 (5 payments of $99) for 7 days. If you wait longer then you will be offered the course for 7 payments of $99. However, either way, if you are an active or new Patron in April, I have a coupon code for you that is good for an additional $99 off the course!

Of course, I’ll be posting more about this over the month, on blog and social media, but I wanted to let you know about this now. If you are an active Patron and would like the discount code, just let me know and I’ll get that to you right away. For new Patrons that sign up throughout the month of April, I will send them the coupon code as part of my personal welcome message to them.

Check out this course at INFLUENCE: the life-altering course on mastering practical magic 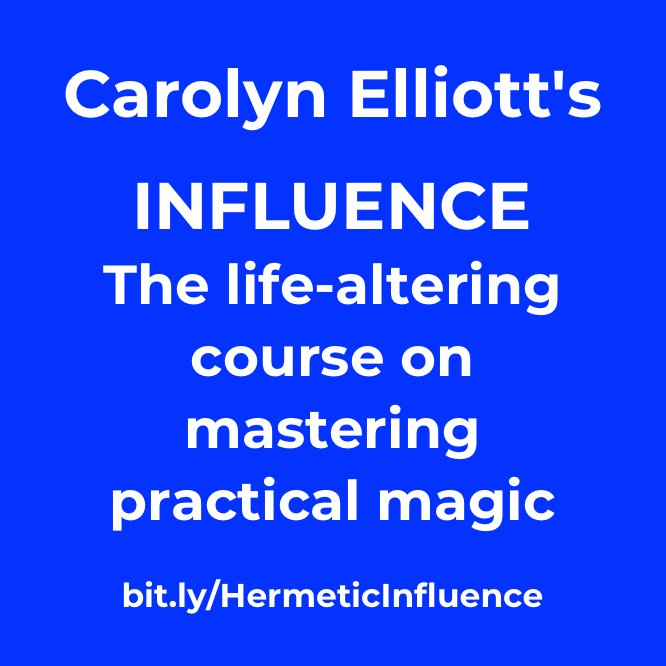 I’m happy to announce a special offer for active or new Patrons of Hermetic Library, for an extra 15% off Donald Robertson’s Marcus Aurelius: Life and Stoicism, a 4 week intro to Stoic philosophy and psychology course, which begins March 17th, about how to build emotional resilience and develop a more meaningful life, from Marcus Aurelius.

Become a new Patron of Hermetic Library now to get your 15% off coupon.

This self-paced course begins on March 17th, offers a core curriculum of videos, quotes, recommended reading, discussions, knowledge quizes, and weekly webinars, all together about 15 hours of learning over 4 weeks, but there’s many hours of additional bonus content available, including three e-books. And, once you’ve enrolled, you’ll have continued access to all the course materials and recorded webinars for future review.

Donald Robertson is, among other things, the author of six books on philosophy and psychotherapy, as well as having contributed chapters to four other book and published many articles in journals and magazines. His newest book is How to Think Like a Roman Emperor: The Stoic Philosophy of Marcus Aurelius which is due out in April from St Martin’s Press. 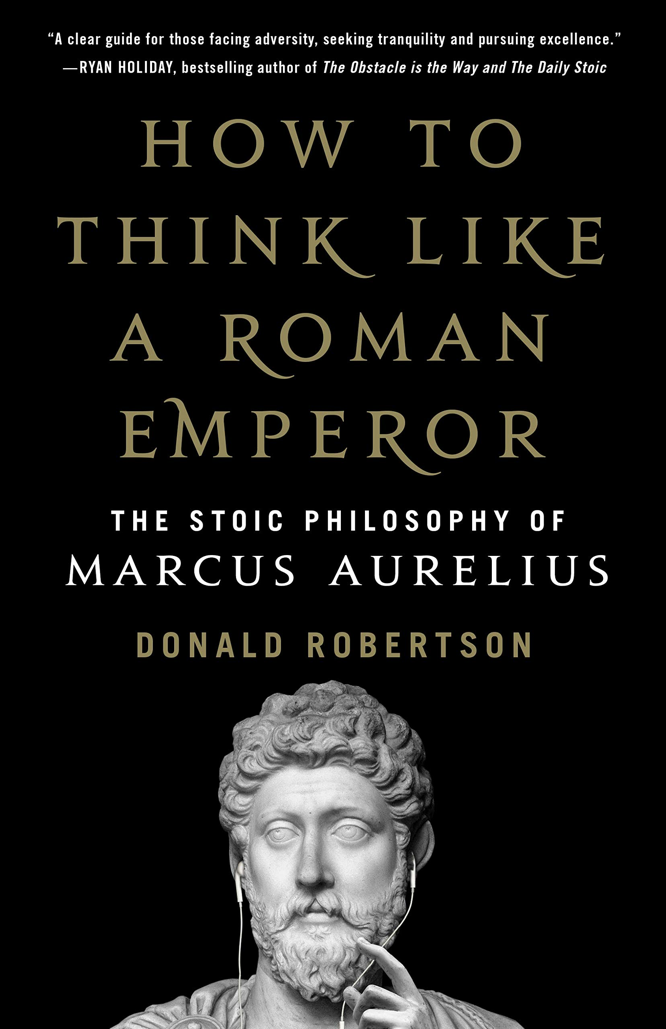 I’ve been following Donald’s work creating curricula on Stoicism for several years now, including Stoic Mindfulness & Resilience Training and an annual Stoic Week, and when I saw that he was offering this new course, I reached out to him to see if I could work with him to create this special offer for you all. I’m happy and excited that this worked out, and I hope that you’ll be interested in checking out Donald’s new course, his other courses (many of which are available free), and his upcoming new book.

This offer is open to active and new Patrons of Hermetic Library though March 16th and will be a coupon code for an additional 15% off the current course enrollment.

I’ll post more about this over the week, but since there’s only 7 days until the course starts, I suggest that you seriously consider taking advantage of this now. If you are an active Patron and would like the discount code, just let me know and I’ll get it to you right away. For new Patrons that sign up in the next week, I’ll be offering the coupon code through March 16th, and will send that as part of my welcome to new Patrons.

Check out more about Marcus Aurelius: Life and Stoicism. 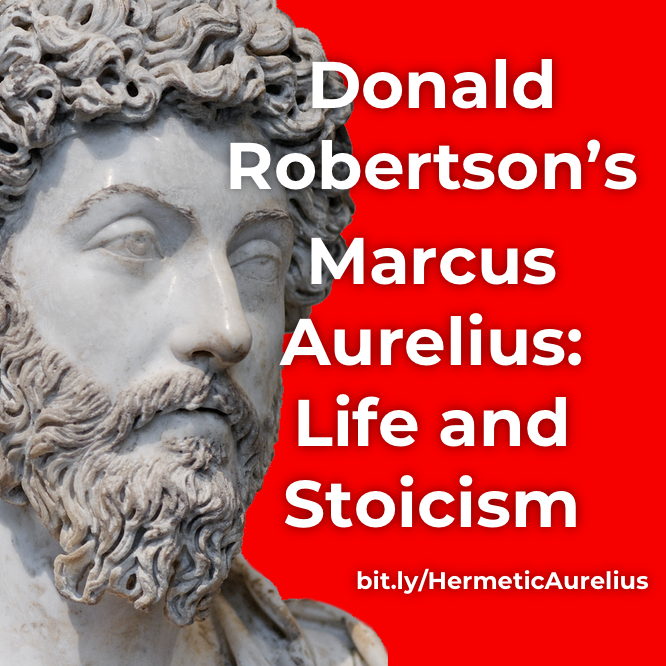 Tony Silvia and the Parish of Saint Martin AJC (based in New York City) is offering Johannite Religious Education, a course of 6 classes, beginning on Oct 31st, 2013 and running through mid-December. The course will be conducted via Google Hangouts and there is a very small number of openings available. Tony mentions in a post on the event site that the course “is primarily aimed at people who know little or nothing about the AJC or for those who are planning to join the Church.”

“The Parish of Saint Martin, AJC is pleased to announce a course of Johannite Religious Education, presented by the rector, Fr. Tony Silvia.

The Religious Education course is designed for those who want to know more about Johannite spirituality, either out of curiosity or if you intend to join the AJC. No commitment to the AJC in any form will be required or expected, this course is simply informational.

Space is limited, so please only register for this event if you are willing and able to attend all six classes.” [via] 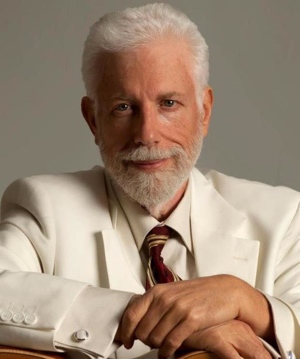 The Talents of Lugh: Twelve Weeks with a God

A few days left to participate in “The Talents of Lugh: Twelve Weeks with a God” a new online course by T Thorn Coyle that may be of interest:

Straighten your spine. Walk in pride. Learn to claim your heroic heart. He is present. He is burning. He is the beautiful one of many talents, and will challenge you to claim your worth. He is Lugh, Bright One, Warrior, Poet, Smith, Musician and Mage.

Spend twelve weeks in study, contemplation, dedication and daring. What within you needs courage? What talents do you hold inside your soul? What within you needs more strength and flexibility? What yearns to live from a place of creative fullness? What makes magic and claims the light of day? Approach the altar. Take up your task. Knock upon the door.

Move from Summer into Fall in this sacred activity. Step forth renewed, ready to take up the life that calls to you.
July 9 – Oct 1

Cost is sliding scale $160-230 for twelve weeks of lessons and the discussion forum. Those who pay near the top subsidize those who need financial aid. Some partial scholarships are available.