He paused for a second, and asked, “Why did you work on the bomb?” Bryce thought for a minute. Then he laughed at his situation: using a Martian, in a bar, for a confessor. But perhaps it was appropriate. “I didn’t know it was going to be a bomb at first,” he said. “And in those days I believed in pure science. Reaching for the stars. Secrets of the atom. Our only hope in a chaotic world.” He finished the martini. “And you don’t believe those things anymore?” “No.” 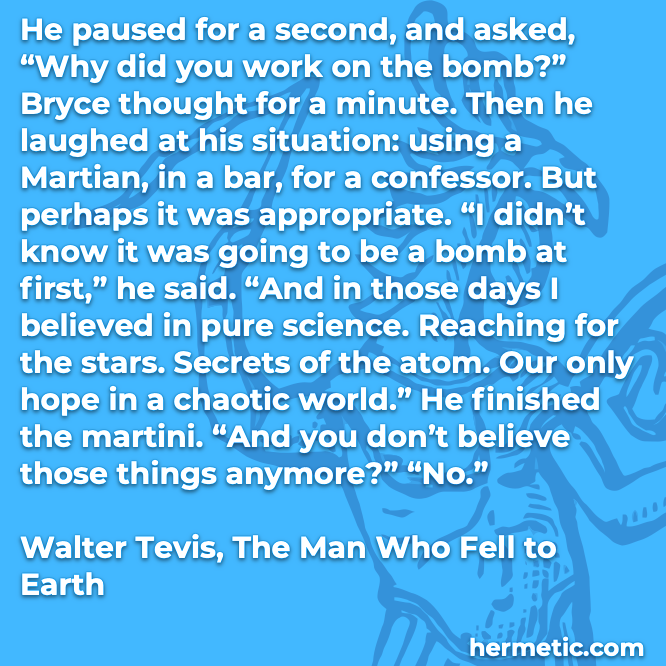