The Witches’ Book of the Dead [also] by Christian Day, available from Weiser Books, arrived at the Reading Room courtesy of the publisher. Although I find myself a bit wary of the work, judging a book by my superficial expectation of much self-consciously witchy fare, on looking twice this seems like it has some nice, if moderately basic, primer coverage of useful ceremonial and Goëtic topics and skills. There’s sections about ceremonial tools, rituals, necromancy, sections on history, and so on. This could be a nice gateway title for the budding, if given the right push, Goëtes; or maybe they end up pursuing Voudon or similar; or minimally a practice informed by this actual structure and information … But, either way, the grounding in history and ceremonial ritual seems a decent start for the student. 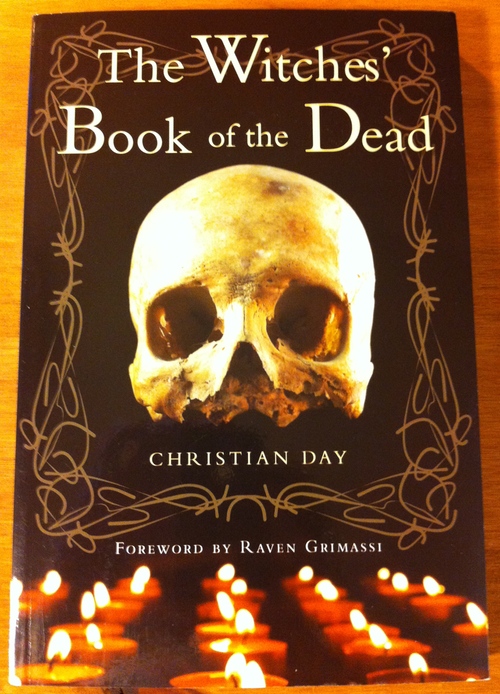 “Witches are creatures of magic. They cast spells, heal, and foretell the future. What you might not know is that Witches can also commune with the spirits of the dead.

In The Witches’ Book of the Dead, modern-day Salem Warlock Christian Day shows how the spirits of our beloved dead can be summoned to perform such tasks as helping you to discover hidden opportunities, influence the minds of others, seduce the object of your affection, and even reach into the dreams of the unwary. According to legend, the Spirits of the dead can confer magical talents, fame, love, and wealth on those brave enough to summon them.

The Witches’ Book of the Dead explores the enduring relationship between witches and the dead and teaches rituals and incantations to help readers open doorways to the spirit world.

· Legendary Witches who have raised the dead, including The Witch of Endor, Circe, and Erichtho
· Creating ancestral altars and building relationships with spirits
· The tools of Necromancy: the bronze dagger, yew wand, iron keys, graveyard dust, the offering cauldron, spirit powders, the human skull, and more.
· Methods of spirit contact, including automatic writing, scrying mirrors, spirit boards, pendulums, and spirit mediumship
· The ancient arts of necromancy as a method of conjuring the dead to assist in magic
· Ridding yourself of unwanted spirits using rituals of cleansing, banishing and exorcism
· Ghost hunting techniques that combine psychic wisdom with modern technology
· Communing with the dead in dreams
· Sacred holidays and powerful celebrations of the dead
· Resources on where to ethically obtain the tools of the trade
· An overview of the feared deities of the Underworld
· Rituals, recipes, exercises, and more!

Dare to walk between the worlds with Christian Day as he guides you across the River Styx into the shadowy realms where the dead long to connect with us once more!” [via]