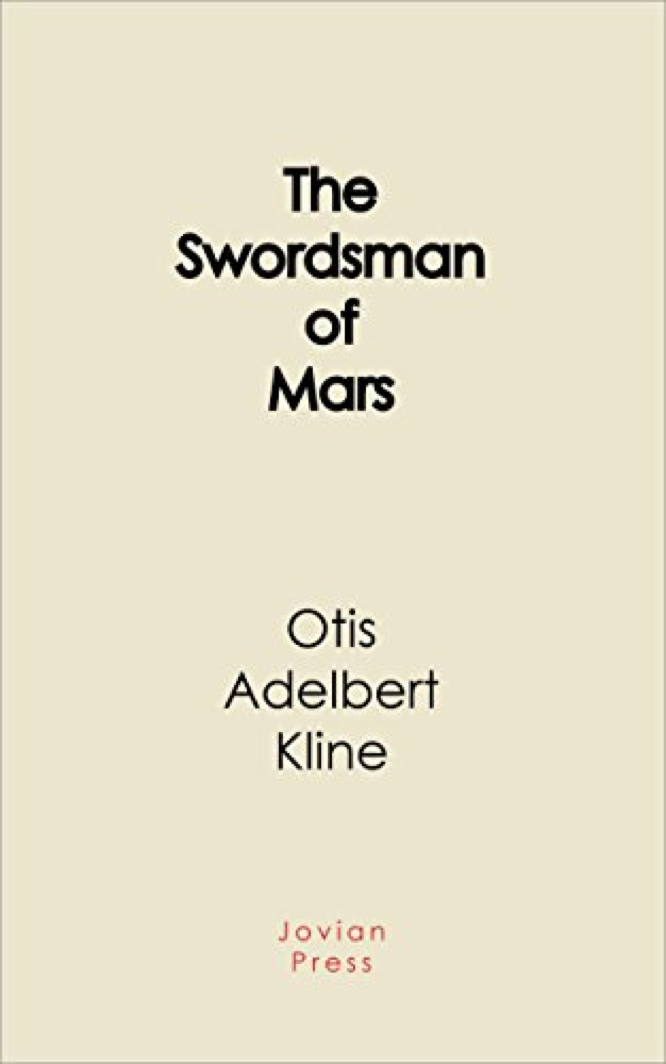 I had known of Otis Adelbert Kline as a rival for the pulp mantle of exotic adventure accorded to Edgar Rice Burroughs, and was for some years interested to read his Martian sword-and-planet contributions. I expected them to seem derivative from ERB. What I discovered instead is that they appear to have been a significant model for the early Flash Gordon stories. There is a non-trivial extraterrestrial “yellow peril” element (although the yellow Ma Gongi aliens are shown in the cover art of my copy as green), and romantic intrigue with the daughter of the evil despot. (The chronology fits, with Swordsman of Mars published throughout 1933 and the earliest Flash Gordon strips appearing in 1934.)

The voyage to Mars is of the esoteric mind-transfer sort, additionally including time travel, so that like the Martian adventures of Leigh Brackett, it is set in the planet’s past. Kline surprisingly makes no mention of the lower Martian gravity, which even serves as a plot point for ERB’s John Carter. Martian fauna here include a lot of oversized insects, but also some strange vertebrates that I often found difficult to picture. There are giant birds used for mounts, a staple of the sword-and-planet subgenre, here called gawrs.

The book is a fast read, with frequent cliff-hanger chapter endings reflecting its genesis as a pulp serial. The prose is serviceable. I feel I have done my duty by including this book in my readings of Martian tales, and I’d read its sequel to kill some time, but it’s not something I’ll be in a hurry to seek out. I would recommend it to those who are fond of the old Flash Gordon stories.