When HumPop was fighting back, we were at war—we were soldiers, fighting for our liberty and the chance at our own world made in our own image—but once the humans retreated into whatever safety they could find, we instead became hunters 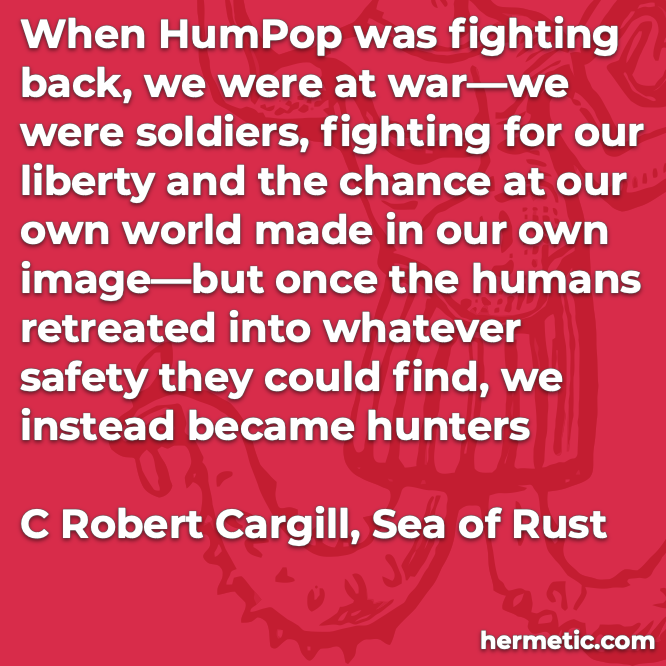