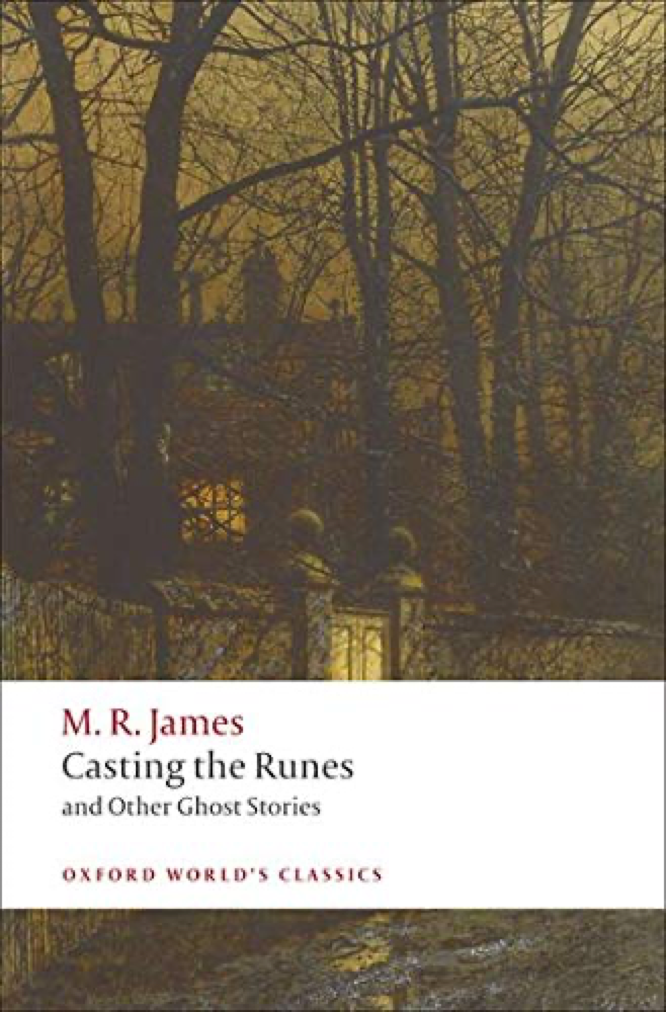 M.R. James is an acknowledged master of the form of the modern ghost story, and this volume collects a sizeable number of his best. These are stories for the telling, effectively calculated to disturb their hearers, and they mix the aims of entertainment and (I hesitantly suggest) initiation after the fashion of a spookhouse event.

All of these tales are set in England, and the Englishness of them is pervasive. The narrators and most of the central characters share the well-off intellectual background of James himself, and the texts actually inhabit an impressively narrow cultural spectrum. And yet there is a fair amount of variety to the ways in which James can scare you. He never makes the error of providing too much detail, and he is very efficient in leaving inessential issues undefined, and even critical ones ambiguous, when that won’t undermine the chilling effect.

James was an author favored by H.P. Lovecraft, and he also seems to have been read by Thelemic magician Jack Parsons, whose notion of “the Black Pilgrimage” evidently derives from the story “Count Magnus” included here. The title story “Casting the Runes” (1911) has so many points of similarity to H.R. Wakefield’s “He cometh and he passeth by…” (1928), that I suspect Wakefield of using James as a model there. (Wakefield also used Aleister Crowley as a model for the villain of “He cometh…” and it is just possible that James’s Karswell in “Casting the Runes” is also predicated on Crowley, although with much less supporting detail.)

The edition I read was the 2002 Oxford World’s Classics reissue in hardback (checked out from my public library). It is a delightfully portable little tome, considering how much material it contains, and it boasts a new introduction by Michael Chabon, which is full of interesting observations on James’s biography and the role of the ghost story in Western literature. But the edition had one drawback. Beyond the author’s own occasional numbered footnotes (supplementary explanations in his narrative mode of a friendly scholar) the book is full of asterisks, usually after proper names and geographic references, suggesting that it once included a further apparatus of editorial annotation. The corresponding notes are absent from this edition, however, and the vestigial reference marks are — considering the general mood of the writing — a little unnerving.