The Earth, The Gods and The Soul

The Earth, The Gods and The Soul — A History of Pagan Philosophy: From the Iron Age to the 21st Century by Brendan Myers is due in November 2013 from Moon Books, and may be of interest. 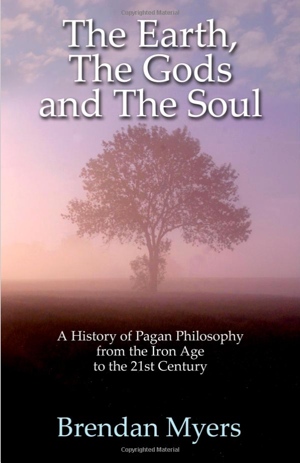 “Philosophy was invented by pagans. Yet this fact is almost always ignored by those who write the history of ideas. This book tells the history of the pagan philosophers, and the various places where their ideas appeared, from ancient times to the 21st century. The Pagan philosophers are a surprisingly diverse group: from kings of great empires to exiled lonely wanderers, from devout religious teachers to con artists, drug addicts, and social radicals. Three traditions of thought emerge from their work: Pantheism, NeoPlatonism, and Humanism, corresponding to the immensities of the Earth, the Gods, and the Soul. From ancient schools like the Stoics and the Druids, to modern feminists and deep ecologists, the pagan philosophers examined these three immensities with systematic critical reason, and sometimes with poetry and mystical vision. This book tells their story for the first time in one volume, and invites you to examine the immensities with them. And as a special feature, the book includes summaries of the ideas of leading modern pagan intellectuals, in their own words: Emma Restall Orr, Michael York, John Michael Greer, Vivianne Crowley, and more.” [via]