Occult Psaligraphy: The Hidden Art of Papercutting by Hagen Von Tulien is a title coming soon from Ouroboros Press, and due to release at the 2013 Esoteric Book Conference in September. 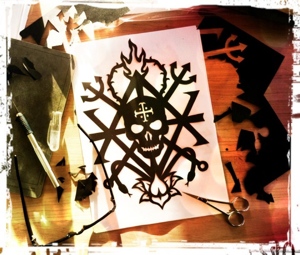 “Ouroboros Press desires every discerning Bibliophile to know that a new book by contemporary artist and occultist Hagen Von Tulien is in preparation. With more than thirty years of intense magical theory and practice, he has specialized in creating art as an expression and manifestation of magical states of awareness and its use as an esoteric tool. In Occult Psaligraphy Von Tulien expresses these magical states in a series of over 160 papercuts. The book, produced in large format and printed in Red and Black will be presented in a Limited but distinct Edition. This bi-lingual text in English and German, includes introductions by the Artist and publisher William Kiesel, who speaks to the practice of papercutting in diverse esoteric traditions worldwide, including China, Japan, Mexico, Europe, Indonesia and America. Von Tulien’s papercuts show a superior quality, the line work, fluidity and design elements reflect experience with both graphics and occult symbolism. The papercut images Von Tulien creates with his scissors are functioning sacred diagrams, Veves and potent effigies whereby congress with the spirit world may be actuated.”

“Amalgamations of eyes, serpents, horns, skulls and other sigillic devices, these scissor-cuts become embodied vessels of power. They assist the practitioner in concentration, may be used in meditation or evocation, or as objects of talismanic effect. Specific God-forms, Iwa, and Avatars of Revelation are exemplified, honored and called forth. Other diagrammatic examples of Von Tulien’s scissor-cuts show initiatory knowledge and act as veritable trestleboards of ritual arcanum. The intricate lines and visually striking forms of his cuts cause an immediate fascination in the viewer – a fixation of vision, a keyhole through which Keys are received. Like the emblem books of the Renaissance the Occult Psaligraphy is rich in iconic symbolism. The devices of esoteric tradition are recondite and explicit and the entities present are no less corporeal to the eye. If ever a talismanic book there was, certainly this Book of Spirits is among them.” [via] 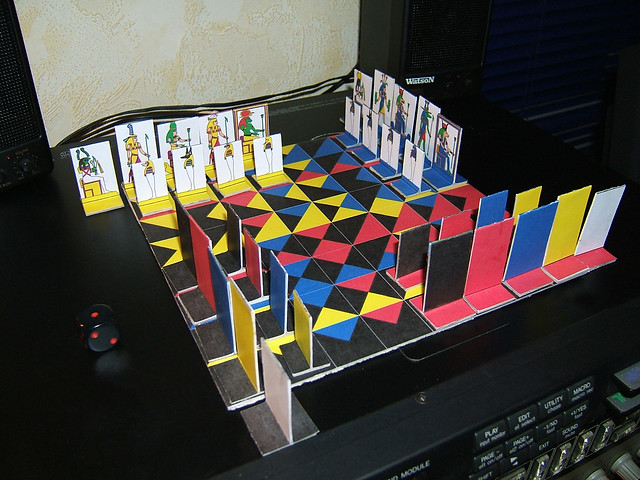