The issue also contained a defense of the government’s right to snoop on its citizens—i.e. the opening of letters and private correspondences of people suspected of subversion—and also its right to protect loyal subjects from mail-tampering by secret societies (apparently, Hoffmann was paranoid that the Illuminati were spying on him). 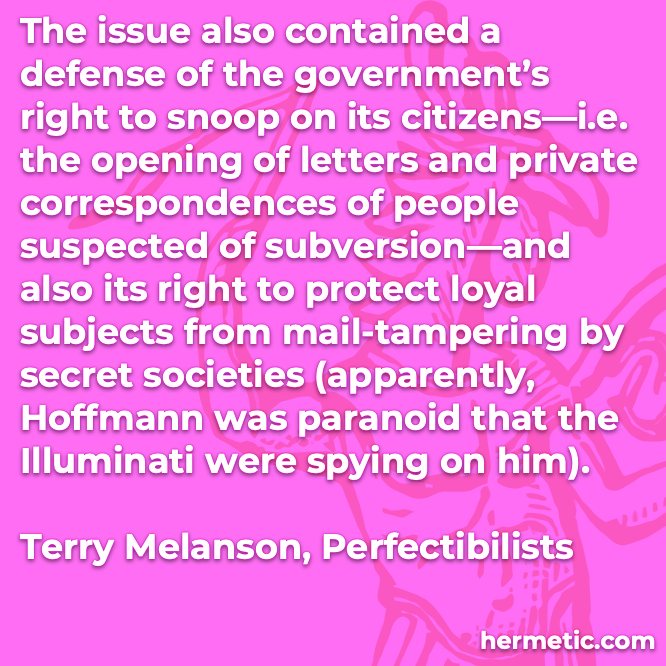