The Witches’ Ointment: The Secret History of Psychedelic Magic by Thomas Hatsis, has arrived at the Reading Room courtesy of the publisher Inner Traditions, under the Park Street Press imprint. 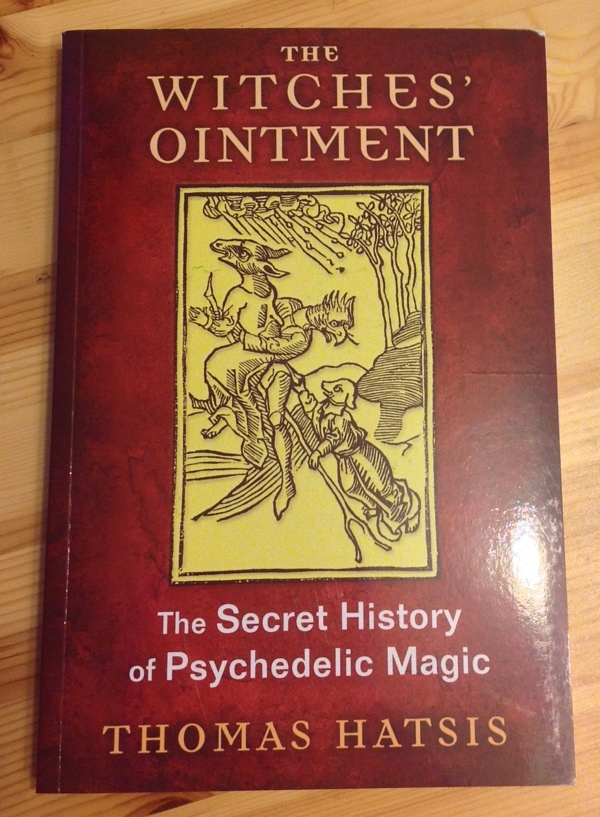 Examining trial records and the pharmacopoeia of witches, alchemists, folk healers, and heretics of the 15th century, Thomas Hatsis details how a range of ideas from folk drugs to ecclesiastical fears over medicine women merged to form the classical “witch” stereotype and what history has called the “witches’ ointment.” He shares dozens of psychoactive formulas and recipes gleaned from rare manuscripts from university collections from all over the world as well as the practices and magical incantations necessary for their preparation. He explores the connections between witches’ ointments and spells for shape shifting, spirit travel, and bewitching magic. He examines the practices of some Renaissance magicians, who inhaled powerful drugs to communicate with spirits, and of Italian folk-witches, such as Matteuccia di Francisco, who used hallucinogenic drugs in her love potions and herbal preparations, and Finicella, who used drug ointments to imagine herself transformed into a cat.

Exploring the untold history of the witches’ ointment and medieval hallucinogen use, Hatsis reveals how the Church transformed folk drug practices, specifically entheogenic ones, into satanic experiences.” — back cover

Dance of Reality: The Psychomagical Autobiography of the Creator of El Topo and The Holy Mountain [also] by Alejandro Jodorowsky is due for release in Aug, 2014 from Park Street Press, an imprint of Inner Traditions. 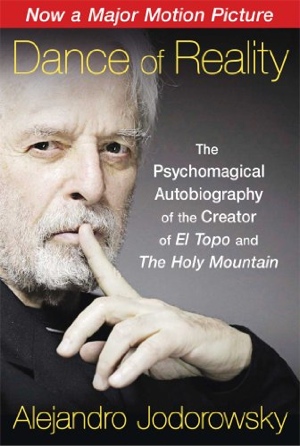 “A glimpse into the mind and life of one of the most creative and enigmatic visionaries of our time, filmmaker Alejandro Jodorowsky

· Retraces the spiritual and mystical path Jodorowsky has followed since childhood, vividly repainting events from the perspective of an unleashed imagination

· Includes photos from Jodorowsky’s appearance at the 2013 Cannes Film Festival and from the film based on this book, which debuted at Cannes

Retracing the spiritual and mystical path he has followed since childhood, Alejandro Jodorowsky re-creates the incredible adventure of his life as an artist, filmmaker, writer, and therapist—all stages on his quest to push back the boundaries of both imagination and reason.

Not a traditional autobiography composed of a chronological recounting of memories, Dance of Reality repaints events from Jodorowsky’s life from the perspective of an unleashed imagination. Like the psychomagic and metagenealogy therapies he created, this autobiography exposes the mythic models and family templates upon which the events of everyday life are founded. It reveals the development of Jodorowsky’s realization that all problems are rooted in the family tree and explains, through vivid examples from his own life, particularly interactions with his father and mother, how the individual’s road to true fulfillment means casting off the phantoms projected by parents on their children.

Dance of Reality is autobiography as an act of healing. Through the retelling of his own life, the author shows we do not start off with our own personalities, they are given to us by one or more members of our family tree. To be born into a family, Jodorowsky says, is to be possessed. To peer back into our past is equivalent to digging into our own souls. If we can dig deep enough, beyond familial projections, we shall find an inner light—a light that can help us through life’s most difficult tests.

Offering a glimpse into the mind and life of one of the most creative and enigmatic visionaries of our time, Dance of Reality is the book upon which Jodorowsky’s critically acclaimed 2013 Cannes Film Festival film of the same name was based.” [via]