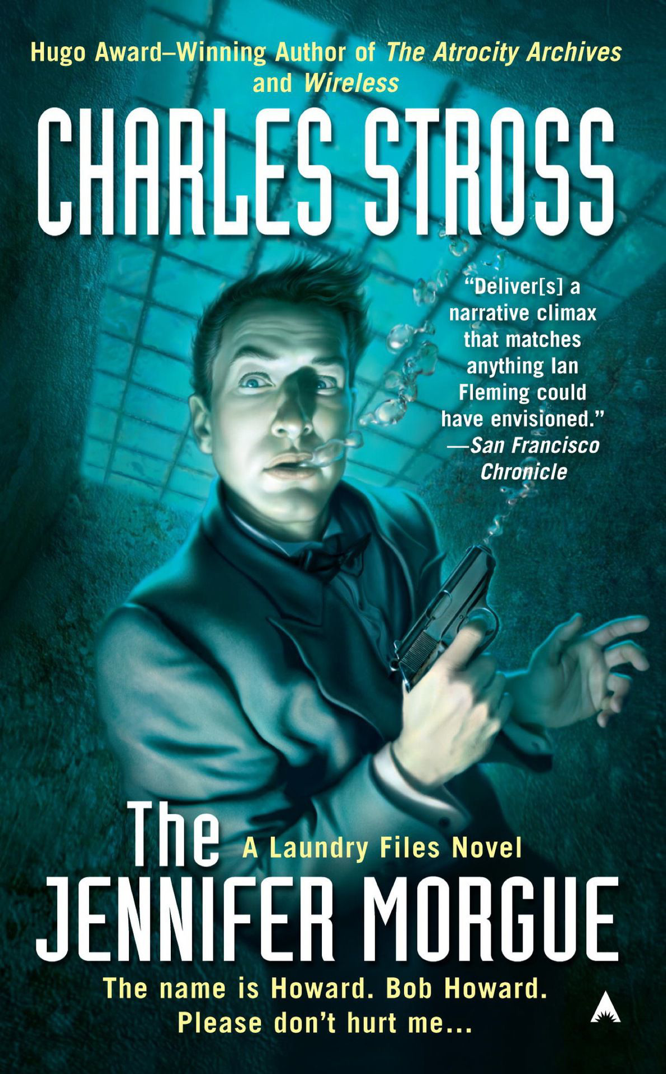 “The Laundry operations manual is notably short on advice for how to comport oneself when being held prisoner aboard a mad billionaire necromancer’s yacht, other than the usual stern admonition to keep receipts for all expenses incurred in the line of duty.” (167)

The Jennifer Morgue is one of Stross’ hacker-gique occult espionage books about Bob Howard, agent of Capital Laundry Services. (The initials of the organization are never written as such, so it took me until the middle of this second volume to get that BASIC joke!) Like its predecessor The Atrocity Archives, it is a terrific romp. Where Stross drew his literary spy inspiration from Len Deighton in the first book, this time around sees him looking to Ian Fleming and the Bond movies. Given the more “exoteric” — okay, crassly pop-cultural — status of the Bond material, Stross elects to make his nods to it more overt, metafictional even. Protagonist Bob is put in a position to exploit his memories of “the ritual Bond movie every Christmas afternoon on ITV since the age of two” (187), since he is fighting a supernatural opponent who is using the Bond plot formula as a magical mechanism. Stross manages to pack sardonic hilarity, genuinely stomach-churning horror, and sentimental uplift into this single novel. Oh, and weird sex.

As with the first book, this one contains the titular novel, a bonus short story, and an essay reflecting on the espionage-adventure genre. The story “PIMPF” is a completely office-bound yarn, contrasting with the exotic travel and international entanglements of the novel, and it is funny in the nerdiest possible way. The essay didn’t seem as insightful as its counterpart in the first volume. Having chosen to place special attention on Bond villains, it seems to me that Stross erred terribly in neglecting to observe that Le Chiffre (from Casino Royale) was allegedly based on noted occultist Aleister Crowley, with whom Fleming was acquainted from their mutual employment by British intelligence services.