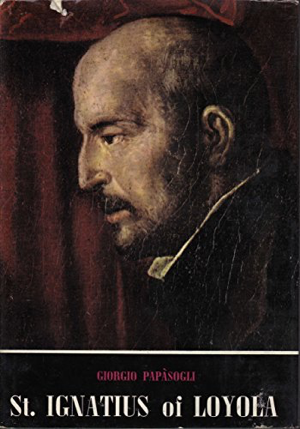 Aleister Crowley repeatedly expressed his admiration for Ignatius Loyola and the Jesuit Order. Readers of this official hagiography of the Catholic saint written in the 1950s will easily see why. It is full of fascinating information on the sixteenth-century life of this “saint of interior liberty” (329) and the explosive early development of the Society of Jesus. It treats the authorship of the Spiritual Exercises, Ignatius’ travels and studies, the Constitutions of the S.J., the missionary and educational functions of the Society, its role in the Counter-Reformation, and the Jesuit “concept of obedience.”

Since this book is from a licensed Roman Catholic source, complete with nihil obstat and imprimatur, it is unsurprising that it neglects the non-Christian sources of Ignatian spirituality. Still, the positive facts on offer here support the hypothesis of Ioan Culianu (in Eros and Magic in the Renaissance) that the Spiritual Exercises involved a conscious re-deployment of the magical techniques of the early modern period in such a way as to conscript them under the authority of the Roman Catholic Church, and to vanquish sympathy for their pagan sources. The immersion of Ignatius in the humanistic milieu of the University of Paris–dominated at that time by such hermetically-aware luminaries as Jacques Lefevre d’Etaples–supplies the necessary context for such an innovation.

The likely influence of Sufi mysticism on Ignatius is not observed here either, but there are both signals of this reality, and some circumstances to account for it. For the former, we have the Jesuit philosophy of obedience (though not so much as discussed in the chapter on that topic), as well as the fact that Ignatius first called his nascent society the “Friends of Christ” (180, i.e. awliya). For the latter, even more than the history of La Convivencia in Spain–which after all drew to a close just a year after the birth of Ignatius–we have his early pilgrimage to Jerusalem. “He knew that it was very dangerous to travel alone among the Turks, but he did not hesitate in the least” (78).

Paul Garvin’s translation of this book from the original Italian has resulted in a pleasantly accessible English text, and the 44 short chapters make for quick and satisfying reading. There is a very full bibliography (with most titles in Italian and hardly any in English), but no index. [via]