Hermetic Library Fellow T Polyphilus reviews Other Minds: The Octopus, the Sea, and the Deep Origins of Consciousness by Peter Godfrey-Smith. 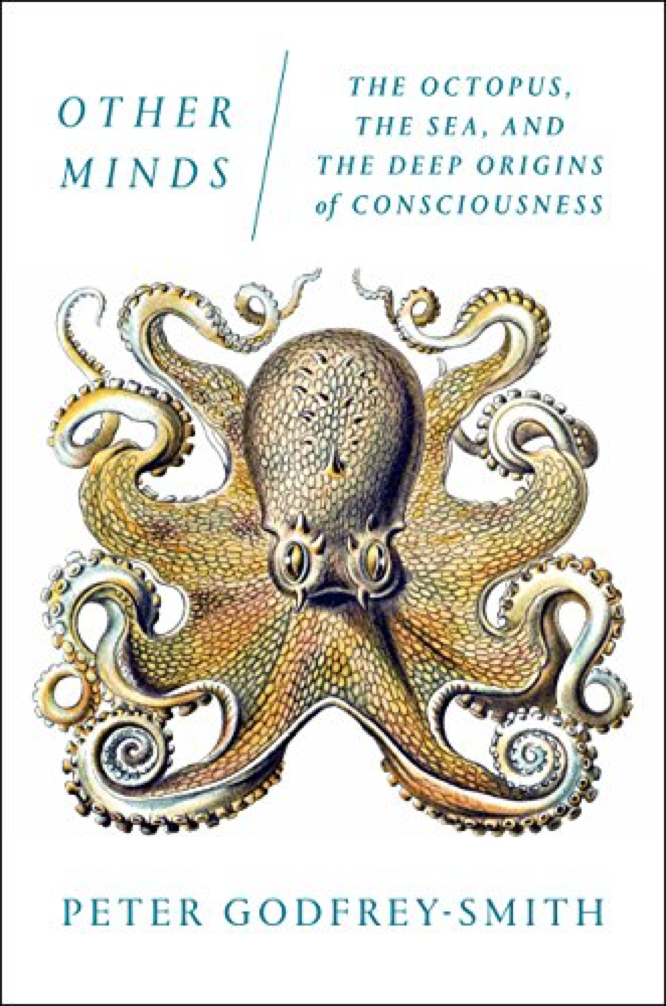 My public library had several copies of this recent book on the shelf, and the sexy title makes it easy to imagine why. Author Peter Godfrey-Smith is a professor of philosophy and a scuba diver, and he draws on both of these backgrounds, as well as related research in ethology and evolutionary biology. The main question addressed by the book is the nature of octopus consciousness: Does it exist, and how does it resemble and differ from ours? As Godfrey-Smith points out, of all of the animals we know with complex active nervous systems, the octopus is perhaps the most genealogically alien from us. Yet by virtue of its aquatic character, it is closer to our shared origins of life and consciousness than we are.

A surprising and gratifying element of this book is the discussion of the evolutionary basis of senescence. It turns out that this topic is highly apposite, since hardly any of the big cephalopod species discussed in this book have an ordinary lifespan of more than two years. The result is a strange paradox for human investigators who think of elaborate brains and nervous systems as being concerned with experience and memory. An octopus doesn’t have time to acquire much of a life history.

Another apparent paradox has to do with the dramatic ability of the octopus (and even more so, its remote cousin the cuttlefish) to change its color. Although these creatures have camera-style eyes like humans do, they lack the optical equipment that allows vertebrates to visually distinguish color. The resolution to the enigma seems to have to do with the ways in which they may use their skin, rather than their eyes, to sense the colors in their environments.

The author’s notes to the main text are given as end notes, indexed by page number. They are not called out in the body text itself, although they would be read most usefully with the material that they annotate. They do contain source references, but are mostly explanation and useful digression for issues simplified in the main text. I scanned them quickly at the end of reading the book, and I was irritated that they weren’t footnotes, where I would have been sure to read with profit the ones most interesting to me. It’s ironic that at a time when digital typesetting makes footnotes easy to produce, book marketing evidently forbids them.

The final chapter of Other Minds is “Octopolis,” discussing an apparently unique para-social environment inhabited by octopuses off of eastern Australia, and this concludes with some environmentalist reflections on the perilous state of the oceans. Since this book was written in 2016, a second Australian octopus city (“Octlantis”) has been discovered, and the evidence of human destruction of the oceans has become more stark. In particular, marine ecosystems are being ravaged by heat waves and the accumulation of plastics at previously unsuspected depths.