West Of Memphis is the “true story centering on the new investigation surrounding the the 1993 murders of three 8-year-old boys in the town of West Memphis, Ark., that ultimately broke the case open and led to the release of the so-called West Memphis Three.” It is now available via iTunes and Amazon Instant, and releases on physical media on Aug 6th. 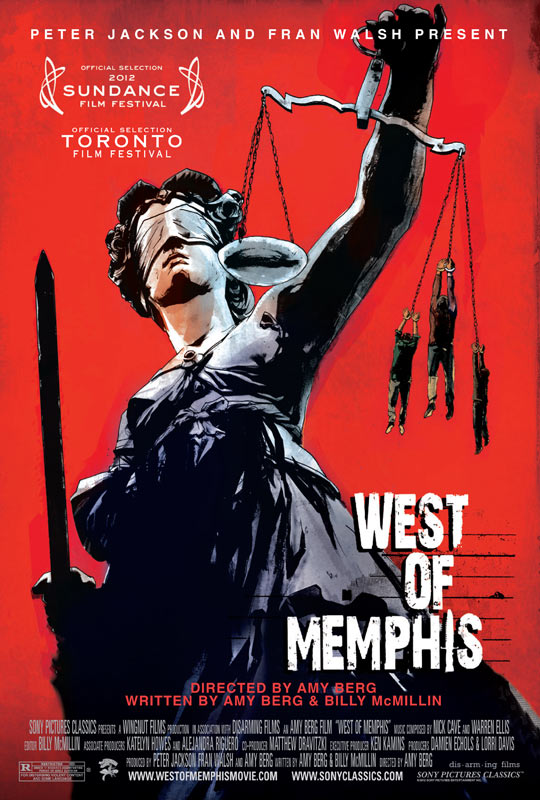 I’d previously posted about West of Memphis, a documentary, when it was appearing at Sundance, but here’s a full trailer for the general release, starting in New York and Los Angeles on Dec 25, 2012.

“A new documentary written and directed by Academy Award nominated filmmaker Amy Berg (DELIVER US FROM EVIL) and produced by first-time filmmakers Damien Echols and Lorri Davis, in collaboration with the multiple Academy Award winning team of Peter Jackson and Fran Walsh, WEST OF MEMPHIS tells the untold story behind an extraordinary and desperate fight to bring the truth to light: a fight to stop the State of Arkansas from killing an innocent man. Starting with a searing examination of the police investigation into the 1993 murders of three eight-year-old boys in the small town of West Memphis, Arkansas, the film goes on to uncover new evidence surrounding the arrest and conviction of the other three victims of this shocking crime—Damien Echols, Jason Baldwin and Jessie Misskelley. All three were teenagers when they became the target of the police investigation; all three went on to lose 18 years of their lives—imprisoned for crimes they did not commit.” [via]