The Focus of Life

Fulgur has announced a new edition of Austin Osman Spare‘s The Focus of Life: The Mutterings of Aãos, which notably includes rediscovered drawings that weren’t included in the original publication. The deluxe issue is already sold out, but a facsimile of the 1921 edition is still available. There’s also a launch event where original Spare “magico-erotic drawings, letters, ephemera and further drawings from the book” will be shown at the Store Street Gallery, London, on Nov 25th, 2012. 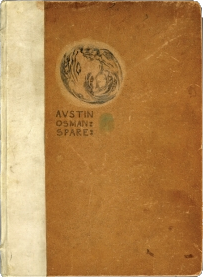 “The Focus of Life: The Mutterings of Aãos, is arguably the most biographically significant of all Spare’s published works. Often obscure, magical and fragmentary, it invites exploration of a strange Nietzschean landscape through what Spare termed ‘the labyrinth of the alphabet.’ But the recent discovery of Spare’s original conceptual folio for the book, once owned by the respected writer E.M. Forster, has revealed an unseen series of powerful magico-erotic drawings – termed by Spare ‘blasphemous Ideographs’ – that provide an important key to understanding the ‘secret ritual of Self-Love’ that underlies this evocative and deeply personal work.

This new issue of The Focus of Life provides readers with a high quality facsimile of the 1921 first edition, together with a full colour facsimile of the newly discovered conceptual folio for the project. Drawings too explicit for publication in 1921 have thus been reunited with the magical narrative, providing new insight for those exploring the artist’s life and magical philosophy. These important works are further augmented with critical essays from Phil Baker and Robert Ansell.

We are also pleased to say there will be a special exhibition and book launch for this title at the Store Street Gallery, 32 Store Street, Bloomsbury (next to Treadwell’s) on Sunday 25th November, 2012. Original drawings from The Focus of Life will be on display, plus letters, ephemera and the incredible suite of magic-erotic drawings. All are welcome.

The Focus of Life (Redux) 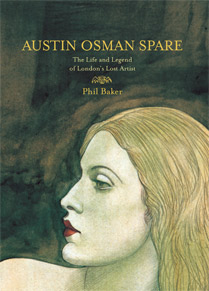