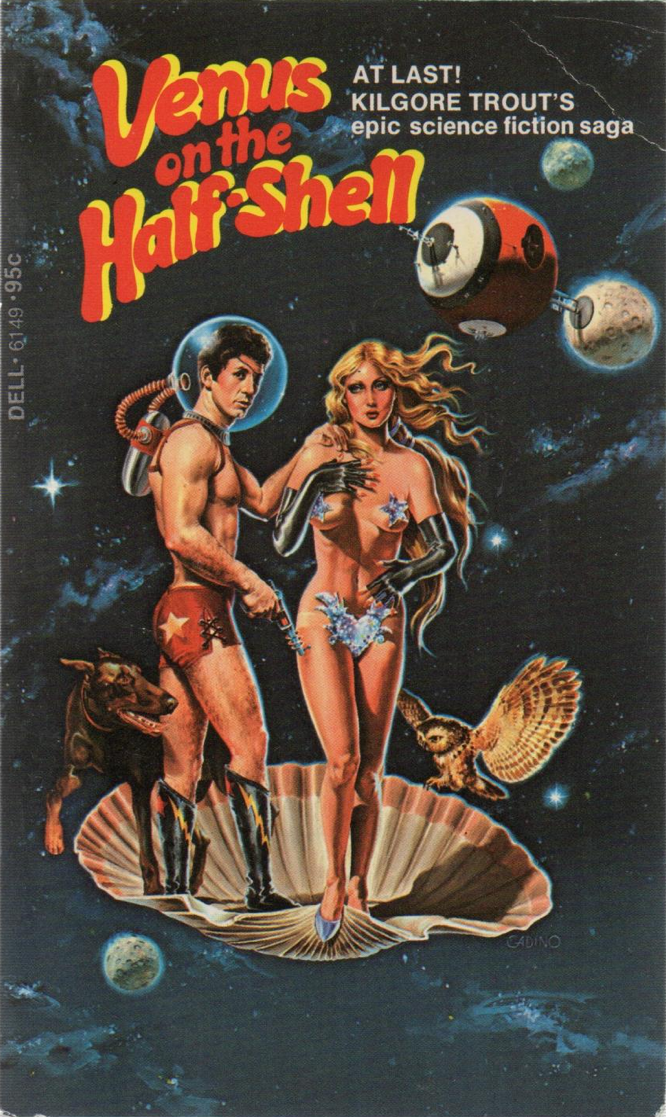 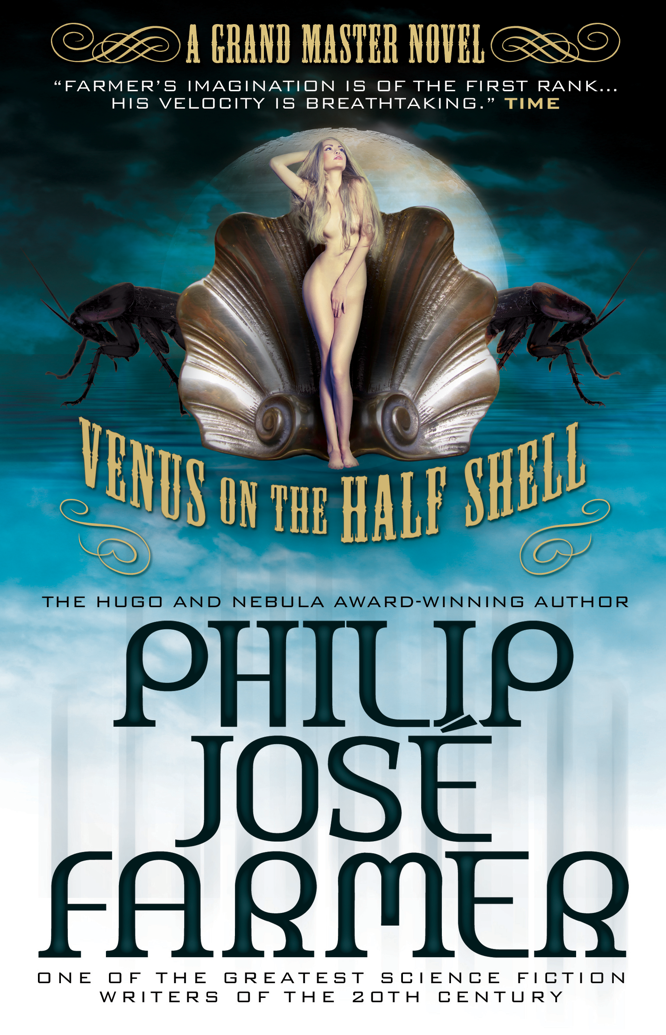 This interstellar picaresque novel by Philip José Farmer was written under a pseudonym taken from a fictional author described by Kurt Vonnegut. To pile Pelion upon Ossa, “Trout” has his main character refer often to the life and works of an imaginary 20th-century American science fiction writer named Jonathan Swift Somers III.

Many 21st-century readers will compare this book to Douglas Adams’ later Hitchhiker’s Guide to the Galaxy. Both begin with the destruction of terrestrial humanity, aside from the protagonist who then becomes a wanderer in outer space. The book is full of allusions to The Wizard of Oz, but I think that The Phantom Tollbooth is also a likely influence. The prose style reminds me of no one so much as R. A. Lafferty, for the sake of qualities I find difficult to describe. The humor in “Trout’s” book is a little more broad that what I usually find in Lafferty, the atmosphere decidedly less mystical.

The book recounts the adventures of the banjo-playing Simon Wagstaff, a character who was promptly animated in my mind by the ghost of Duane Adam Rostoker. Following the calamity that visits the Earth during Simon’s visit to the Sphinx at Giza, he quickly acquires animal companions after the manner of Nietzsche’s Zarathustra, but Simon’s are a dog and an owl, perhaps figuring his “lower” and “higher” awarenesses.

The proper names in the story are a raft of anagrams, from the randy cat planet Shaltoon that is a hot Salon, to the planet Longalor of nomadic wheel-creatures who roll aLong. The beautiful android Chwortkap is a patChwork of the optimized DNA of hundreds of donors. These and many others put me in mind of James Branch Cabell, whose Jurgen may also have been a model for Farmer here.

did spirits have free will? Could a ghost break the rules, if she really wanted to? 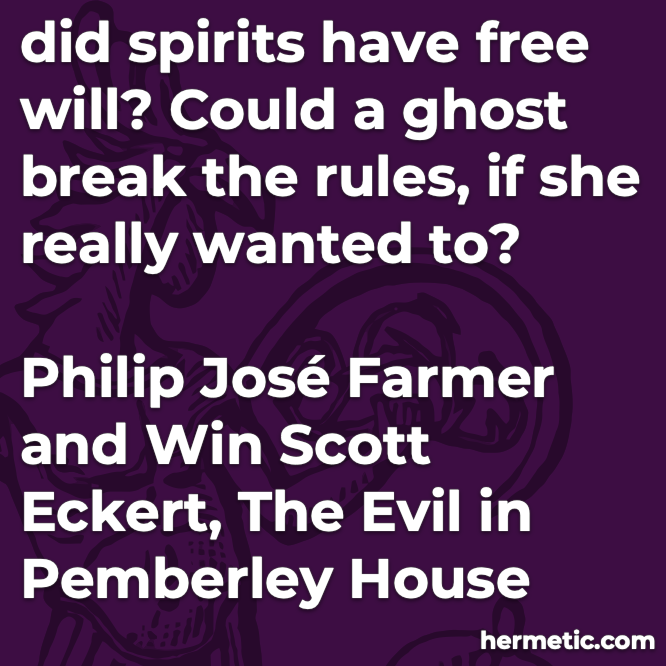