The Magical Revival [also, also] by Kenneth Grant, the 2010 standard edition hardcover from Starfire Publishing, is part of the collection at the Reading Room. 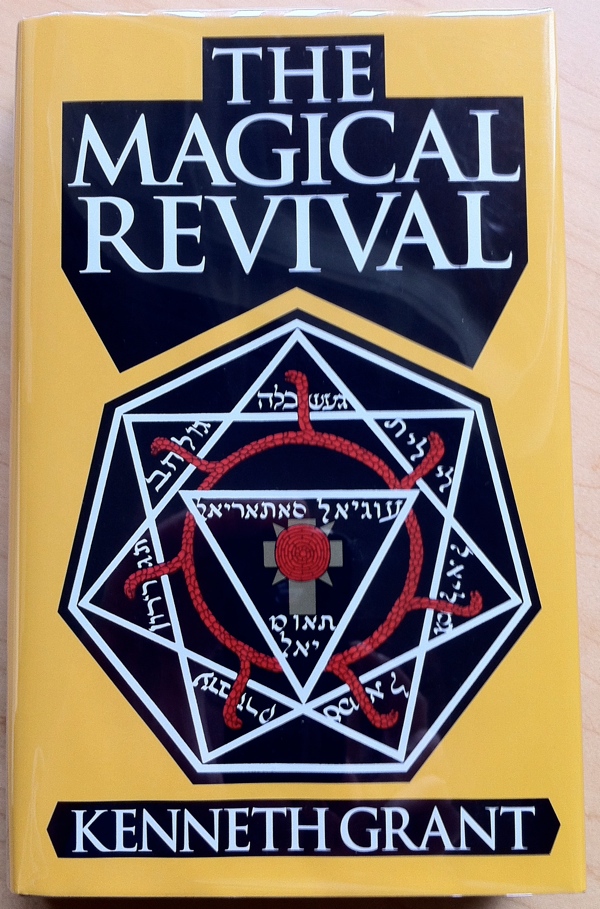 “When the original manuscript of this book was submitted for publication the author was told he had provided ‘too much material for one book’. This proved to be correct. The work here presented—in an enhanced edition—became the first volume of three Trilogies. They deal with a detailed analysis of certain occult traditions which existed long before the Christian epoch, survived its persecutions and anathemas, and reappeared in recent times with renewed vigour.

The continuity of this magical current as reflected in the work of Aleister Crowley, Austin Osman Spare, Dion Fortune and others is here traced through the Tantrik Tradition of the Far East, the Sumerian Cult of Shaitan and the Draconian, Sabian, or Typhonian rites of the ‘dark’ dynasties of ancient Egypt.

Sexual magick and mysterious rites have always been practiced; drugs and other substances have constantly been used to induce ecstasy, to produce visions and to facilitate traffic with the denizens of other worlds or planes of consciousness; but an initiated rationale of the process such as presented here has been rarely forthcoming.

The genuine magical tradition as revived by Adepts like Crowley is here related to its ancient sources and brought into line with phases of contemporary occultism that are evolving a New Gnosis to supercede the sterile superstitions bred of an aeon-long misunderstanding of the old.

As a contribution to occult lore, The Magical Revival and its companion volumes have become standard source-books in their special field.” — flap copy