The truth was, I didn’t know if I could do it. I didn’t know if I was as strong as Aunt Lillian. I found myself remembering one of those stories of hers, the one about folks crossing over, how they came back either poets or crazy, and I sure couldn’t rhyme more than the odd verse or two of doggerel. 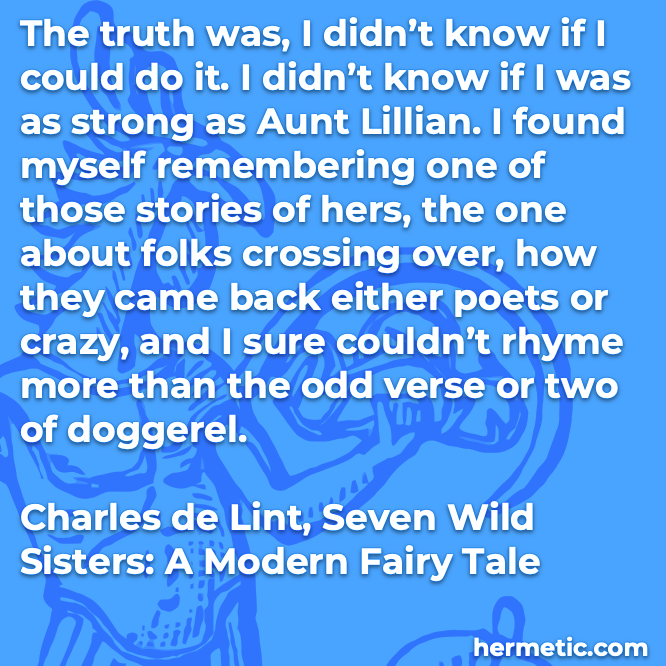 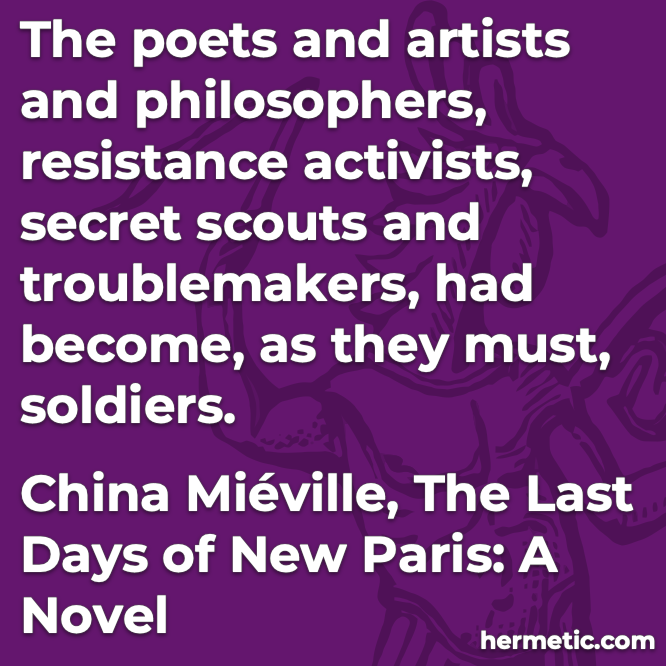 It just shows there are poets everywhere, in every corner of the cosmos, and practical jokers

Pierre Boulle, Planet of the Apes 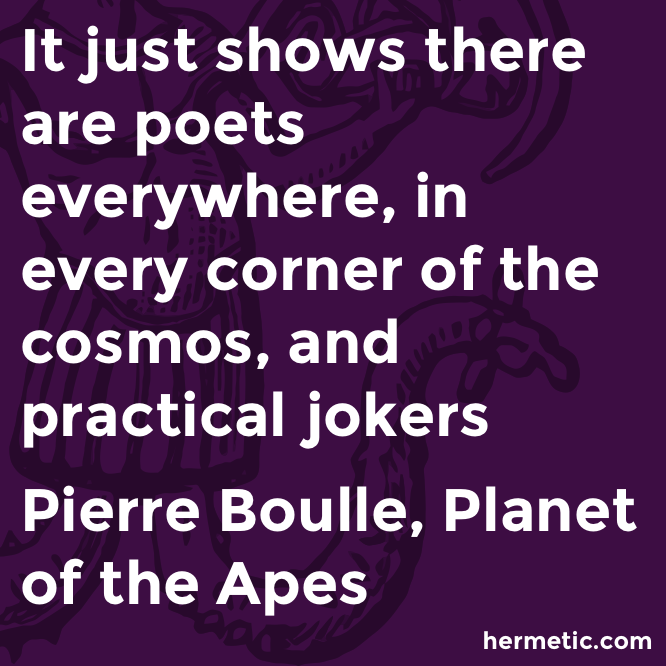 Hermetic Library fellow Sam Webster has posted a discussion of the discipline of theology over on his Arkadian Anvil blog at “Theology is God-talk“.

“Theology is God-talk. It is a relatively recent discipline. They did not have this in ancient, pre-Christian times. They did philosophy and that served in the same role as what will become theology. When you wanted to discuss what is meant by myth and ritual, or what the world is, or how life should be lived, this was called by Pythagorus first ‘philosophy’, or the love of wisdom. Those called the ‘theo-logoi’ in the ancient world where the poets like Homer and Orpheus, and but at times even Empedocles and Plato, because according to Porphyry, they wrote allegorically and had hidden meaning in their writings, not because they wrote rationally. Philosophy had the exegetical task of trying to tease out the meaning buried in the poem and dialogues. The philosophers therefor developed methods for interpreting the poems and myths created by the theologians and developed all the major categories of what will become theological discourse, as well as the culture to critique them.” [via]

Recent article “Occupy Wall Street and the Poetry of Now-Time” by Aaron Gell at the New York Observer links to CHAOS: THE BROADSHEETS OF ONTOLOGICAL ANARCHISM from T. A. Z.: The Temporary Autonomous Zone, Ontological Anarchy, Poetic Terrorism in Hakim Bey and Ontological Anarchy

“In his 1985 cult anarchist treatise T.A.Z., Hakim Bey, aka the poet Peter Lamborn Wilson, described what he dubbed the temporary autonomous zone: ‘a guerrila operation which liberates an area (of land, of time, of imagination).’ Which is as good a description of Occupy Wall Street as any.

Such zones have flourished, however briefly, around the world, often in secret, Mr. Bey wrote, but in in contemporary America he thought such a space would most likely emerge after three conditions were met. First, people needed to understand not only how the State (Wall Street, the One Percent, whatever) had enslaved them but also ‘the ways in which we are ensnared in a fantasy in which ideas oppress us.’ When the Slovenian philosopher Slavoj Žižek showed up in the park a few weeks back, he compared this process of awakening to the John Carpenter movie They Live, in which the protagonist, Nada, finds a pair of special sunglasses which reveal that the advertising billboards all around him carry hidden messages: submit, stay asleep, conform, consume. The dollar bill? This is your god. (And spoiler alert: the rich are all aliens.)

The second condition was that the internet would need to evolve into a useful tool of dissent and organization.

And third, Mr. Bey wrote, ‘The State must progress on its present course in which hysterical rigidity comes more and more to mask a vacuity, an abyss of power.’

“If you really want to understand Occupy Wall Street, you have to talk to the poets.”

“Blake represented the shapes of beauty haunting our moments of inspiration: shapes held by most for the frailest of ephemera, but by him for a people older than the world, citizens of eternity, appearing and reappearing in the minds of artists and of poets, creating all we touch and see by casting distorted images of themselves upon ‘the vegetable glass of nature’; and because beings, none the less symbols, blossoms, as it were, growing from invisible immortal roots, hands, as it were, pointing the way into some divine labyrinth.” [via]