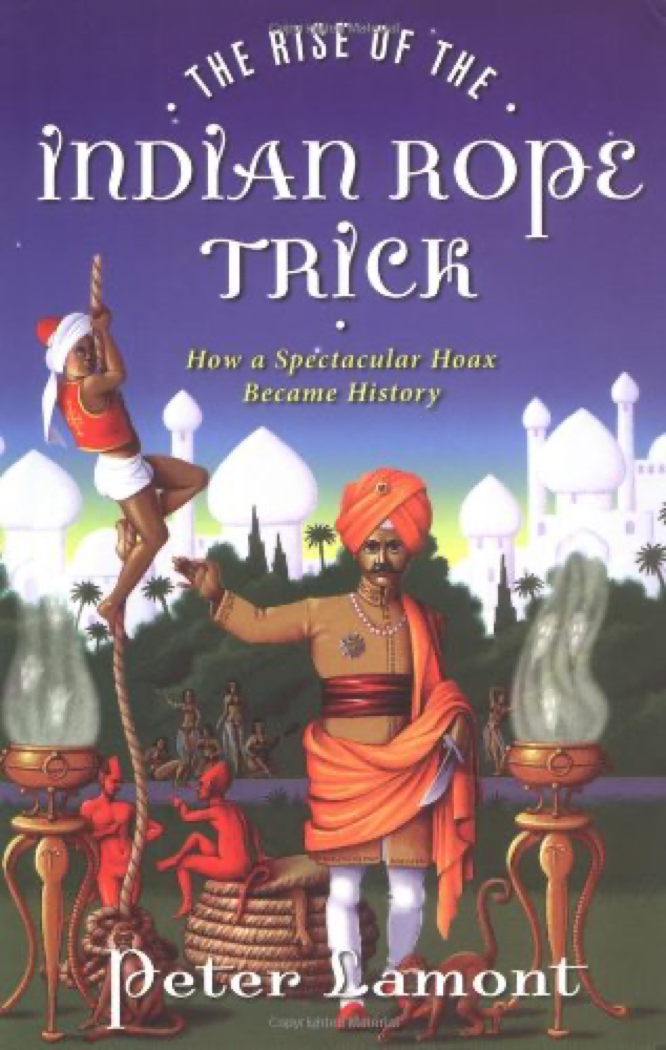 I don’t think I’ve ever laughed out loud so many times reading the front matter of a history book. Peter Lamont is witty as hell.

His history of the Indian rope trick traces the modern legend from its 19th-century origins through various 20th-century controversies, and also offers an epilogue-cum-travelogue which brings the subject into the present. Along the way, he offers a wild assortment of historical tidbits, including Charles Dickens’ turn as an Orientalized performing conjuror, the origins of the pay toilet, and Chicago newspaper wars. He also highlights the contexts provided by stage magicians’ guilds, the Society for Psychical Research, and the Theosophical Society, as well as the overarching dynamics of Western disenchantment and the British Empire.

The Rise of the Indian Rope Trick is a very fast and enjoyable read. Lamont’s attitude toward his historical subjects is strongly skeptical, but richly humane. I recommend the book to anyone with an interest in its topics: the history of magical performance, modern rumors and controversies, and the Western appropriation of Asian culture.