The Greeks and the Irrational by E R Dodds, the 1966 paperback from University of California Press, is part of the collection at the Reading Room. 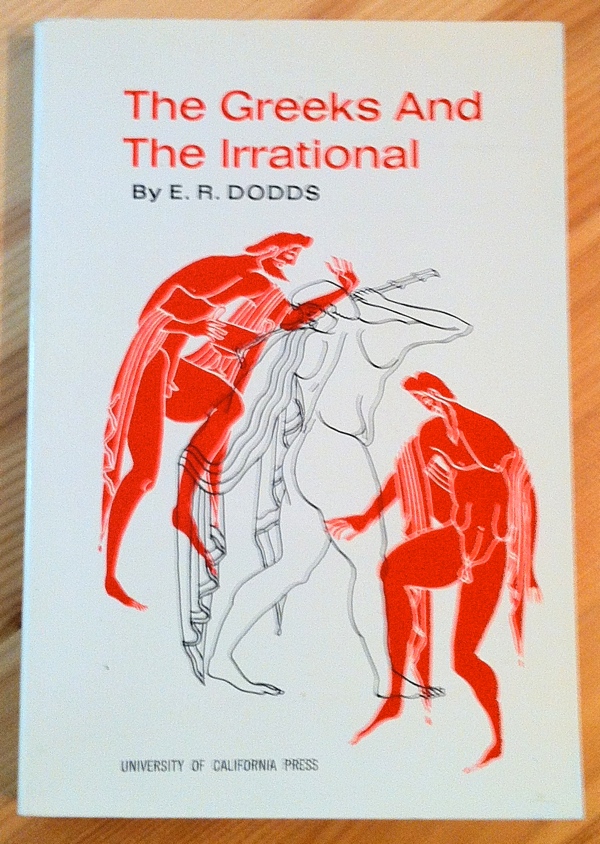 “Greek culture has long been identified with the triumph of rationalism. The role of primitive and irrational forces in Greek society has been largely glossed over or neglected even when it was obviously touched on by the Greeks themselves. In this volume, armed with analytical weapons of modern anthropology and psychology, Professor Dodds asks, ‘Why should we attribute to the ancient Greeks an immunity from ‘primitive’ modes of thought which we do not find in any society open to our direct observation?'” — back cover