Secret Societies of the Middle Ages

Secret Societies of the Middle Ages, by Thomas Keightley is new over at Project Gutenberg.

“If we had the means of investigating historically the origin of Secret Societies, we should probably find that they began to be formed almost as soon as any knowledge had been accumulated by particular individuals beyond what constituted the common stock. The same thing has happened to knowledge that has happened to all other human possessions,—its actual holders have striven to keep it to themselves. It is true that in this case the possessor of the advantage does not seem to have the same reason for being averse to share it with others which naturally operates in regard to many good things of a different kind; he does not, by imparting it to those around him, diminish his own store. This is true, in so far as regards the possession of knowledge considered in its character of a real good; the owner of the treasure does not impoverish himself by giving it away, as he would by giving away his money, but remains as rich as ever, even after he has made ever so many others as rich as himself. But still there is one thing that he loses, and a thing upon which the human mind is apt to set a very high value; he loses the distinction which he derived from his knowledge. This distinction really serves, in many respects, the same purpose that money itself does. Like money, it brings observation and worship. Like money, it is the dearest of all things, power. Knowledge, however held, is indeed essentially power; to ken, that is, to know, is the same word and the same thing with to can, that is, to be able. But there is an additional and a different species of power conferred by knowledge when it exists as the distinction of a few individuals in the midst of general ignorance. Here it is power not only to do those things the methods of doing which it teaches; it is, besides, the power of governing other men through your comparative strength and their weakness.” [via]

“The present volume is devoted to the history of three celebrated societies which flourished during the middle ages, and of which, as far as we know, no full and satisfactory account is to be found in English literature. These are the Assassins, or Ismaïlites, of the East, whose name has become in all the languages of Europe synonymous with murderer, who were a secret society, and of whom we have in general such vague and indistinct conceptions; the military order of the Knights Templars, who were most barbarously persecuted under the pretext of their holding a secret doctrine, and against whom the charge has been renewed at the present day; and, finally, the Secret Tribunals of Westphalia, in Germany, concerning which all our information has hitherto been derived from the incorrect statements of dramatists and romancers.

It is the simplicity of truth, and not the excitement of romance, that the reader is to expect to find in the following pages,—pictures of manners and modes of thinking different from our own,—knowledge, not mere entertainment, yet as large an infusion of the latter as is consistent with truth and instruction.” [via]

“Witch, Warlock, and Magician: Historical Sketches of Magic and Witchcraft in England and Scotland” by W H. Davenport Adams from 1889 was recently added to Project Gutenberg and might be something to check out.

Doctrine of the Will

You may be interested in Doctrine of the Will newly added this month over at Project Gutenberg.

“Every perception, every judgment, every thought, which appears within the entire sphere of the Intelligence; every sensation, every emotion, every desire, all the states of the Sensibility, present objects for the action of the Will in one direction or another. The sphere of the Will’s activity, therefore, is as extensive as the vast and almost boundless range of the Intelligence and Sensibility both. Now while all the phenomena of these two last named faculties are, in themselves, wholly destitute of moral character, the action of the Will, in the direction of such phenomena, constitutes complex states of mind, which have a positive moral character. In all instances, the moral and voluntary elements are one and identical.”

The Sufistic Quatrains of Omar Khayyam

You may be interested in The Sufistic Quatrains of Omar Khayyam newly added this month over at Project Gutenberg. 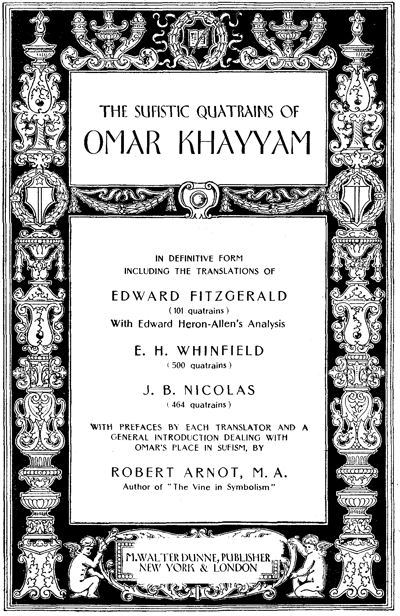 “Alike for those who for To-day prepare,
And those that after a To-morrow stare,
A Muezzin from the Tower of Darkness cries
«Fools! your Reward is neither Here nor There!»”

You may be interested in Ancient Pagan and Modern Christian Symbolism newly added this month over at Project Gutenberg. 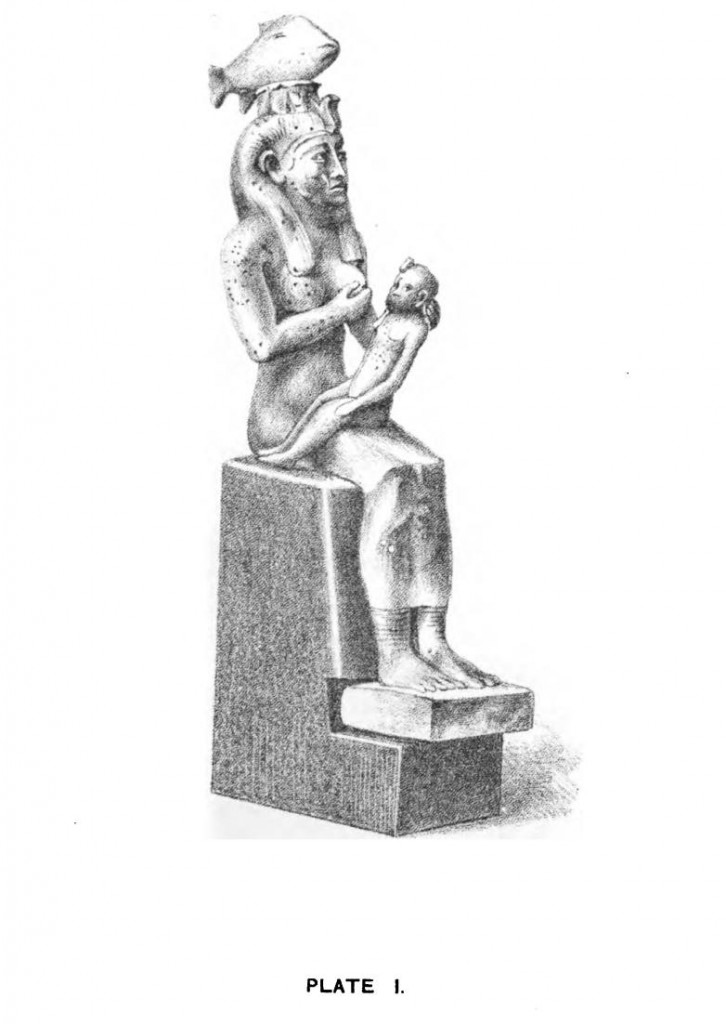 “We search into emblems with an intention different from that with which we inquire into ordinary language. The last tells us of the relationship of nations upon Earth, the first of the probable connections of mankind with Heaven. The devout Christian believes that all who venerate the Cross may hope for a happy eternity, without ever dreaming that the sign of his faith is as ancient as Homeric Troy, and was used by the Phoenicians probably before the Jews had any existence as a people; whilst an equally pious Mahometan regards the Crescent as the passport to the realms of bliss, without a thought that the symbol was in use long before the Prophet of Allah was born, and amongst those nations which it was the Prophet’s mission to convert or to destroy. Letters and words mark the ordinary current of man’s thought, whilst religious symbols show the nature of his aspirations. But all have this in common, viz., that they may be misunderstood.”

You may be interested in The World’s Sixteen Crucified Saviors, or Christianity Before Christ, recently released over at Project Gutenberg.

“The Christian bible, like other bibles, having been written in an age when science was but budding into life, and philosophy had attained but a feeble growth, should be expected to teach many things incompatible with the principles of modern science. And accordingly it is found to contain, like other bibles, numerous statements so obviously at war with present established scientific truths that almost any school-boy, at the present day, can demonstrate their falsity. Let the unbiased reader examine and compare the oriental and Christian bibles together, and he will note the following facts, viz:—

1. That the cardinal religious conceptions of all bibles are essentially the same—all running in parable grooves.

2. That every chapter of every bible is but a transcript of the mental chart of the writer.

3. That no bible, pagan or Christian, contains anything surpassing the natural, mental and moral capacity of the writer to originate. And hence no divine aid or inspiration was necessary for its production.

4. That the moral and religious teachings of no bible reach a higher altitude than the intelligence and mental development of the age and country which produced it.

5. That the Christian bible, in some respects, is superior to some of the other bibles, but only to the extent to which the age in which it was written was superior in intelligence and natural mental capacity to the era in which the older bibles were penned; and that this superiority consists not its more exalted religious conceptions, but only in the fact that, being of more modern origin, the progress of mind had worn away some of the legendary rubbish of the past. Being written in a later and more enlightened age, it is consequently a little less encrusted with mythological tradition and oriental imagery. Though not free from these elements, it possesses them in less degree. And by comparing Christ’s history with those of the oriental Gods, it will be found:—

1. That he taught no new doctrine or moral precept.

2. That he inculcated the same religion and morality, which he elaborated, as other moral teachers, to great extremes.

3. That Christ differs so little in his character, preaching, and practical life from some of the oriental Gods, that no person whose mind is not deplorably warped and biased by early training can call one divine while he considers the other human.

4. That if Christ was a God, then all were Gods. 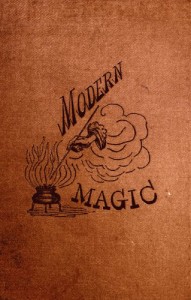 You may be interested in The Epic of Hades, a poetic work by Lewis Morris, recently available over at Project Gutenberg. 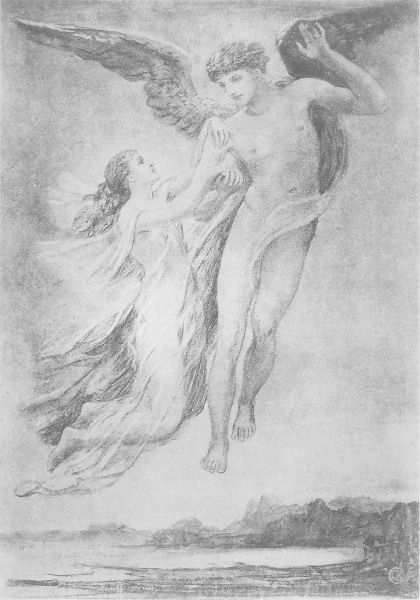 You may be interested in Devotions Upon Emergent Occasions Together with Death’s Duel by John Donne, recently available over at Project Gutenberg.

You may be interested in The Wolves of God and Other Fey Stories by Algernon Blackwood, newly available over at Project Gutenberg. 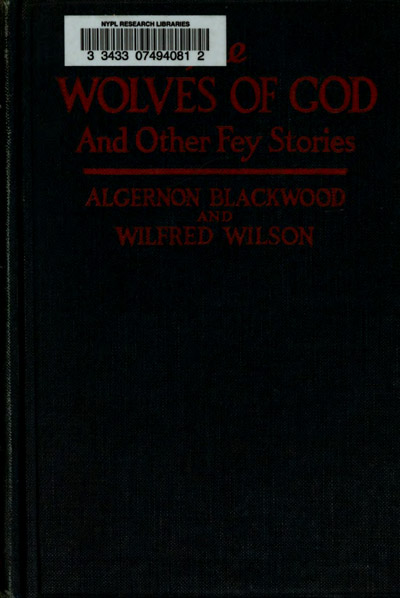