A review of The Golden Dawn Source Book with introduction and foreword by Darcy Küntz, preface by R A Gilbert, with articles by Gerald Suster, R T Prinke, Ellic Howe, and Richard Kaczynski, part of the Golden Dawn Studies series; from Caduceus, Vol II No 4.

For all that the Hermetic Order of the Golden Dawn is far and away the most famous of modern magical lodges, the basic documents concerning its history have not been easy to come by, except for those with personal access to the handful of private collections in which the bulk of surviving GD documents reside. While the outlines of the Order’s history have been traced by a number of useful histories, very little of a documentary nature has been available to those who prefer to draw their own conclusions from the evidence.

The appearance of this second volume in Holmes Publishing Group’s Golden Dawn Studies Series suggests that this unfortunate state of affairs will soon be a thing of the past. Like the first volume (reviewed in Caduceus’ Spring 1996 issue), which provided and translated the original Golden Dawn cipher manuscripts The Golden Dawn Source Book is likely to become an essential starting point for all further work on the subject.

The Golden Dawn Source Book has for its focus the origins and development of the Order, and brings together between one set of covers nearly everything that sheds light on this often vexed topic. Included here is the complete “Anna Sprengel” correspondence in its original English translation, relevant entries from W. Wynn Westcott’s diary, a wide selection of letters tracing the Order’s prehistory and history alike, the public letters and articles that announced the GD’s existence to the world, and a collection of published histories of the Order by a range of members.

In addition, the Source Book contains a collection of modern essays on the Order’s early history, including contributions from nearly all sides of the various disputes in which the interpretation of that history seems permanently mired. Notable among these are Ron Heisler’s “Precursors of the Golden Dawn,” a valuable study of earlier Kabbalistic societies in London, as well as several documents from the controversy over Ellic Howe’s The Magicians of the Golden Dawn including Gerald Suster’s incendiary critique of Howe, “Modern Scholarship and the Origins of the Golden Dawn,” and Howe’s amused response.

Finally, the Source Book concludes with a comprehensive, cross-referenced index of the names and magical mottoes of all known Golden Dawn members from the temples in England, North America and New Zealand, a crucial reference tool that has been attempted several times before with a good deal less success.

Series editor Darcy Küntz should be commended for a valuable and well-presented work. While it has little to appeal to the purely practical magician, the Source Book is a welcome addition to the still-limited library of sources on esoteric history, and students of the Golden Dawn and its antecedents in particular will find it a useful resource. 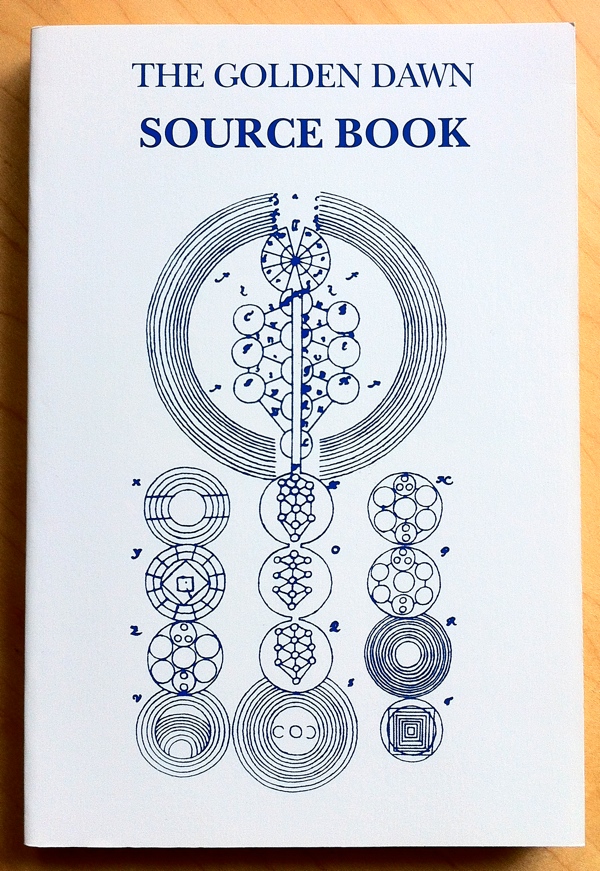