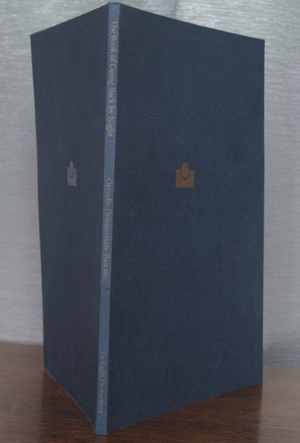 In Nomine Babalon is a series of 156 Qabalistic adorations dedicated to Babalon, the Scarlet Woman, written anonymously at the behest of Our Lady of the Cup. The stanzas of this work are being serialized in the Hermetic Library arts and letters pool, and can be found via the In Nomine Babalon tag as well. 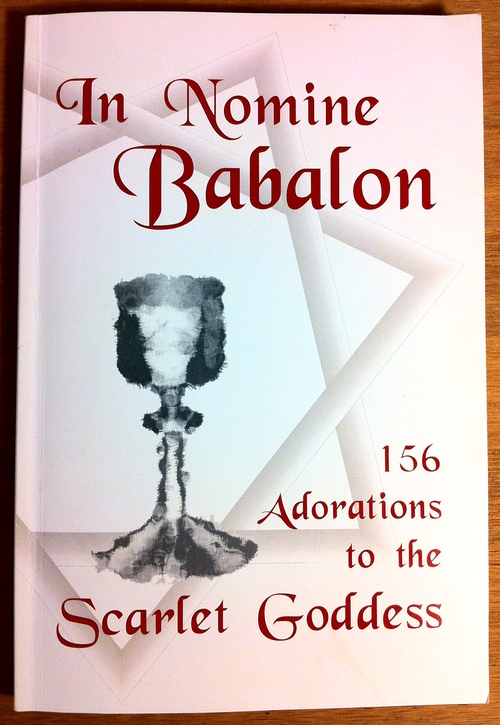 The book itself was successfully kickstarted back in Aug 2011 to fund a “strictly limited to a single run of only 156 copies and will never be reprinted. Each copy will be hand numbered and signed with the sigil of the author.”

I’m announcing today the first stanzas have been added as regular pages to the site in both English and, courtesy of the person behind the Thelema France page, French. I will continue to add those over time so the entire work is available.

I asked the author of the work to offer a bit of personal narrative about the book and the process that I could share with you here:

“This book came about as the result of a magickal working performed in April of 2011. The intent of the working was a Solar-based invocation of my HGA (though not an attempt at Knowledge and Conversation), beginning with an elaborate banishing/invoking ritual I had written and followed by a Solar sex magick rite I had put together using several of Crowley’s best rituals.

I had invoked Babalon in the past on a couple of occasions with great success. I had established a bond with Her through these experiences and have found that when I invoke Her using a particular formula, She always responds.

During the first part of my working, I invoked Babalon by this formula and She immediately made her presence felt, stronger than She ever had in the past. So strong, in fact, that She seemed to take over the working and use it for Her own ends. As the working moved into the sex magick phase, She became my lover and I Her slave.

The working was a great success and as it ended, Babalon made Her wishes known to me. I was to write 156 adorations of love to Her. I was to publish them in 156 copies that would be shared as far and wide as possible. I was not to put my name on the work, nor was I to copyright the publication. I could not profit in any way from the books publication and once my investment had been made back, I was to give away the remaining copies. I could sign the books with a glyph if I chose but I could never again use that symbol for any reason. I had until August 22, 2011 to have the book published. She was very specific!

The verses were written in random order, many of them coming into my head in full. As I wrote them down, I began to see that there were Qabalistic hints within them as to their appropriate order. The book consumed me for the next 4 months, first writing them and then painstakingly putting them in their correct order. A problem with the original printer caused me to use another printing house with only 2 weeks left, setting off a wave of panic that the book would not be done in time. The second printer came through, however, and the 156 copies were in my hands on August 21. (August 22nd, as it turns out, is the 156th day of the Thelemic year!)

As haunted as I was by the creation of this book, I learned a great deal – both about Babalon as well as myself. Writing that many verses about anything forces you to examine the subject from every conceivable angle and causes you to dig deeper than you ever would with a simpler meditation. It makes you consider your subject in everything around you and from all aspects. I quickly began to see why I had been given this task. The all-consuming fire within burned up my magickal ego and left its mark on my soul.

Through a Kickstarter campaign and social networking, all copies sold out within 2 months. They were shipped all across Europe, the US, Canada and Australia. I released an e-book copy at the end of the year, which is now available for free download at Hermetic.com. Various verses have appeared on several internet blogs and a group a French Thelemites are working on translating them. Our Lady is no doubt pleased!