His brow furrowed. It irritated him that he should have gone through this hideous process so long without stopping once to question it. 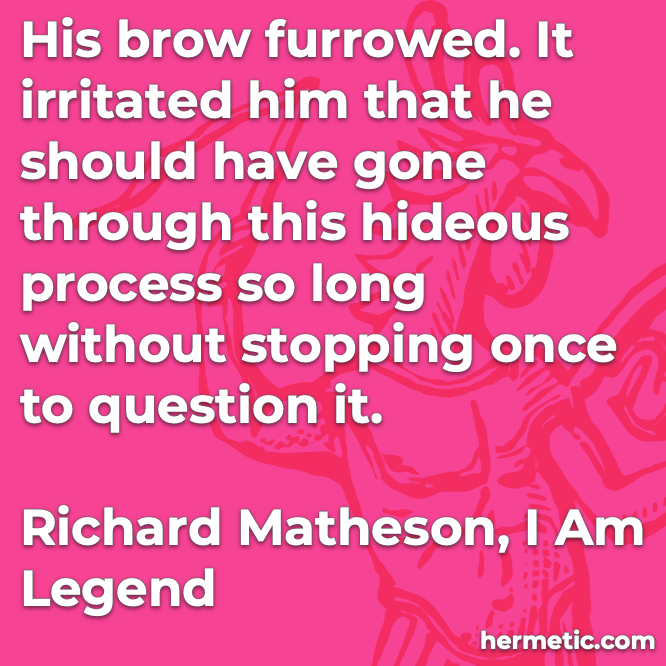 I Am Legend by Richard Matheson is a post-apocalyptic, last human alive, vampire story that is delightful and adds a couple deep new twists to the genre that are still fresh even after the intervening years since the original 1954 publication date. Somehow I hadn’t ever read this before, and I’m glad I finally did. Moreover, reading the story makes the 2007 big screen adaption with Will Smith even that much worse than it seemed at the time; gods, they really screwed that up, and how! 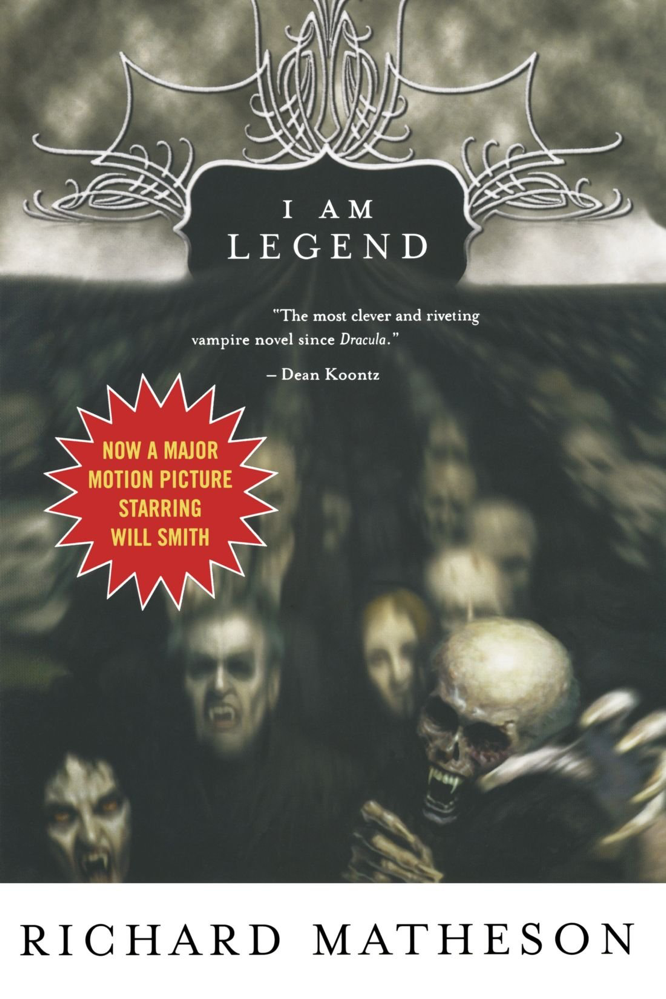 Originally posted on my personal blog at I Am Legend 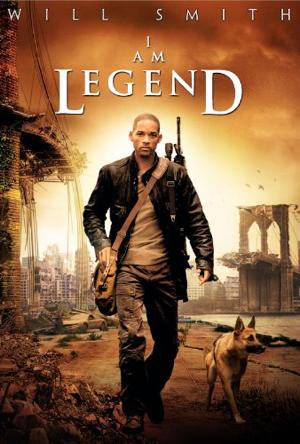