The Occult Reliquary: Images and Artifacts of the Richel-Eldermans Collection, foreword by Daniel A Schulke, introduction by Graham King, from the Museum of Witchcraft in Boscastle, Cornwall and Three Hands Press, is part of the collection at the Reading Room. 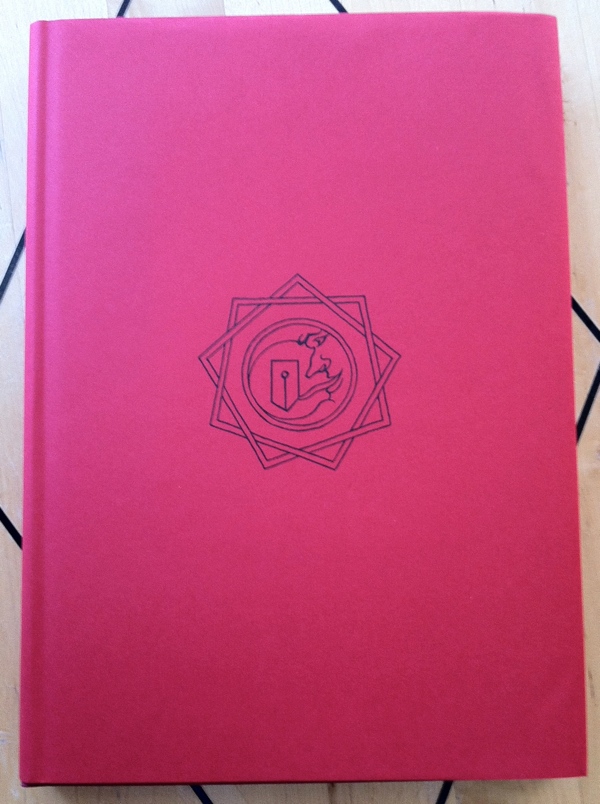 When I got this volume and actually looked through it in person, I thought I was being punked by a fantasist artist’s recent portfolio of whimsy (I guessed the bulk or total of these works were possibly by Daniel A Schulke himself due to striking similarity in style to his own work, or maybe by J H W Eldermans’ own hand instead of collected by him), similar perhaps the Codex Seraphinianus or something in the tradition of Froud or Simon, rather than a collection of the work by actual non-recent and historical practitioners I’d understood this book to be when I ordered it. Frankly, I ended up shelving it as fiction and regretted my purchase. Subsequently however, Daniel A Schulke’s presentation “The Richel-Eldermans Collection: A Hidden Lexicon of European Witchcraft” at 2010 Esoteric Book Conference convinced me that I should make another appraisal of these pieces and take this book more seriously. So, while the images seem clearly still more modern in provenance than I had presumed from the information provided, and I’m personally still not comfortable with the claim these predate the development of Gardnerian Wicca, on the weight of Schulke’s presentation, this does appear to me now as a collection from actual practitioners worth consideration and study as non-fiction. It is also worth noting that Schulke’s presentation revealed there are some even more challenging images in the collection, and presented at least one such then, that were intentionally left out of this publication due to possibly shocking content they did not want to offer in print.

“Housed in the Museum of Witchcraft in Boscastle, Cornwall is a cache of over 2,000 occult images accumulated for a century in the secret archives of obscure European magical orders. Compiled by J. H. W. Eldermans, a likely member of the Dutch Secret service, the enigmatic collection appears on its surface to be a private encyclopedia of magical charms, rituals and mystery-teachings. The Richel-Eldermans Collection is iconographically situated at the crossroads of erotic magic, ceremonial angelic conjuration, rural witchcraft, and Freemasonry. Its images comprise, in part, a veiled pictorial cipher of the rituals of Ars Amatoria, and occult fraternity using sex magic, and the lesser known M∴M∴. The procession of images, charms, magical seals, and ritual objects in the Collection is the work of multiple artists, and displays a high degree of creativity and technical skill. Of particular interest to the scholar of magical history is the rich array of sexual magic formulae and folk-magical charms. Additionally, the collection boasts perhaps the most original series of occult illustrations and formulae utilising the root of the Mandrake (Mandragora spp.). The Occult Reliquary presents for the first time selections of the collection, with 275 illustrations, 130 of which are in full colour.” — flap copy

“The Occult Reliquary concerns the Richel-Eldermans Collection, an archive of some 2,000 magical images and artifacts housed in the Museum of Witchcraft in Boscastle, Cornwall.

The transfixing procession of images, charms, magical seals, and ritual objects in the Collection is the work of multiple artists, and displays a high degree of magical insight and creativity. It will be of interest to students of witchcraft, Freemasonry, the Goetia, sex magic, and early twentieth century occultism.” [via]