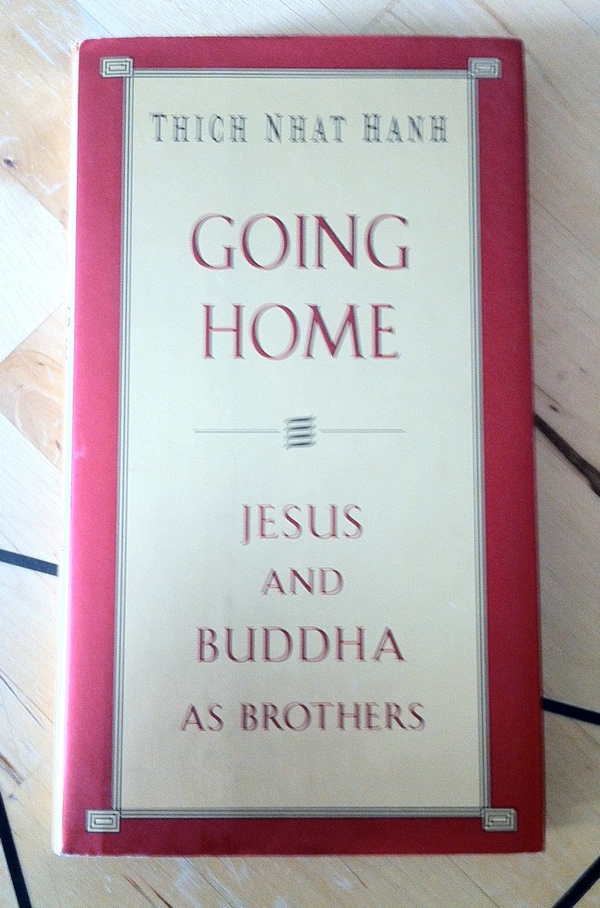 Living Buddha, Living Christ by Thich Nhat Hanh, introduced by Elaine Pagels, the 1995 hardcover from Riverhead Books, is part of the collection at the Reading Room. 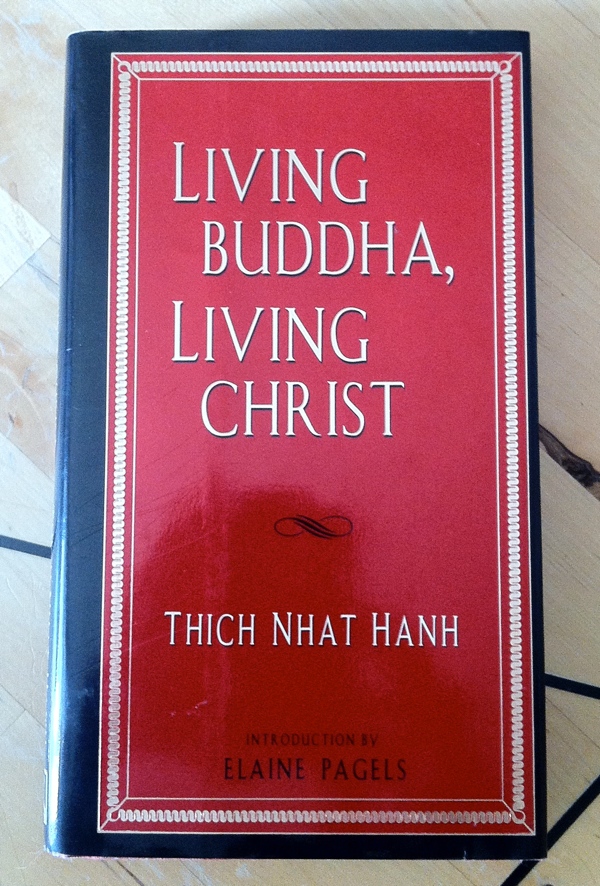 “Buddha and Christ, perhaps the two most pivotal figures in the history of humankind, each left behind a legacy of teachings and practices that have shaped the lives of billions of people over the course of two millennia. If they were to meet on the road today, what would each think of the other’s spiritual views and practices?

Thich Nhat Hanh has been part of a decades-long dialogue between the two greatest living contemplative traditions, and brings to Christianity an appreciation of its beauty that could be conveyed only by an outsider. In lucid, meditative prose, he explores the crossroads of compassion and holiness at which the two traditions meet, and reawakens our understanding of both. ‘On the altar in my hermitage,’ he says, ‘are images of Buddha and Jesus, and I touch both of them as my spiritual ancestors.'” — flap copy

A Man of Misconceptions: The Life of an Eccentric in an Age of Change

A Man of Misconceptions: The Life of an Eccentric in an Age of Change by John Glassie is a new work about Athanasius Kircher, released today from Riverhead Books. You may also be interested in checking out a excerpt posted over on Believer magazine‘s tumblog at “A Stony Mass of Not Small Size“. This new work was also featured over on The Daily Beast at “This Week’s Hot Reads: November 6, 2012“.

“This is the vivid, unconventional story of Athanasius Kircher, the legendary seventeenth-century priest-scientist who was either a great genius or a colossal crackpot … or a bit of both.

Kircher’s interests knew no bounds. From optics to music to magnetism to medicine, he offered up inventions and theories for everything, and they made him famous across Europe. His celebrated museum in Rome featured magic lanterns, speaking statues, the tail of a mermaid, and a brick from the Tower of Babel. Holy Roman Emperors were his patrons, popes were his friends, and in his spare time he collaborated with the Baroque master Bernini.

But Kircher lived during an era of radical transformation, in which the old approach to knowledge—what he called the “art of knowing”—was giving way to the scientific method and modern thought. A Man of Misconceptions traces the rise, success, and eventual fall of this fascinating character as he attempted to come to terms with a changing world.

With humor and insight, John Glassie returns Kircher to his rightful place as one of history’s most unforgettable figures.” [via]

“Regular Believer contributor John Glassie’s new book, A Man of Misconceptions: The Life of an Eccentric in an Age of Change, which is being released this week, tells the story of the seventeenth-century Jesuit polymath Athanasius Kircher. Kircher was the original nutty professor: an eccentric, obsessive, accident-prone intellectual, who promulgated many ideas — secret knots of magnetic influence, universal sperm — that from a modern point of view just seem strange. But he was also an utterly brilliant and erudite man: he published thirty books on subjects including geology, mathematics, history, cryptography, and acoustics; he was probably the first person to examine blood through a microscope; and, as this excerpt from the book shows, he also sometimes collaborated with the baroque artist Gianlorenzo Bernini.” [via]

“Not by chance, Kircher’s speculation-fueled reading of the hieroglyphics on the obelisk revealed that the ancient Egyptians, ostensible inscribers of sacred wisdom, basically agreed: In brief, his translation describes the emanations of a “Solar Genius” and the lower entities which are “drawn toward,” as well as “fructified” and “enriched” by, the diffusion of its energy.” [via]