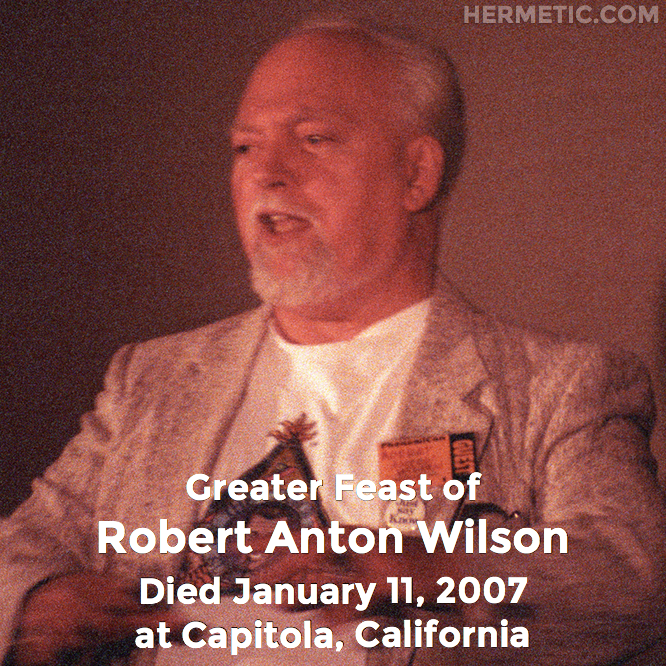 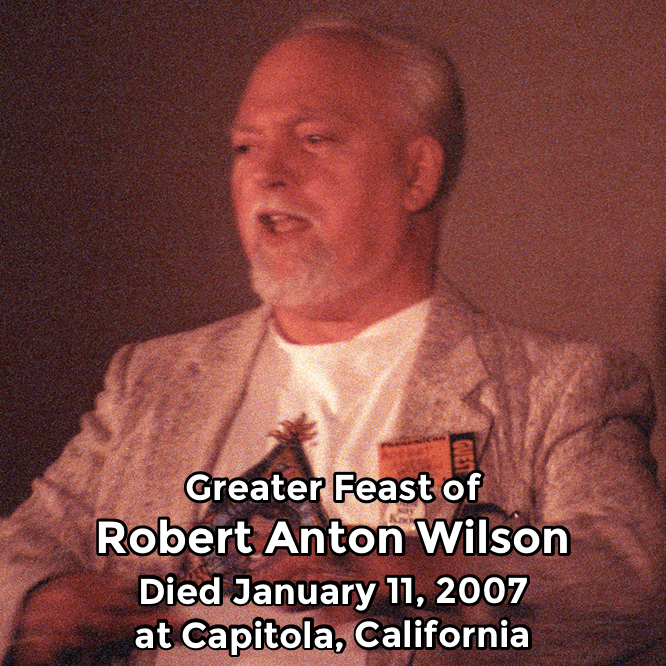 Part one in a series of 8, a video of an audio interview with Robert Anton Wilson and Arlen Riley Wilson on the topic of Gonzo Sociology [HT Mark Donahue].

Zen Without Zen Masters by Camden Benares, commentary by Robert Anton Wilson, from Falcon Press, is part of the collection at the Reading Room. 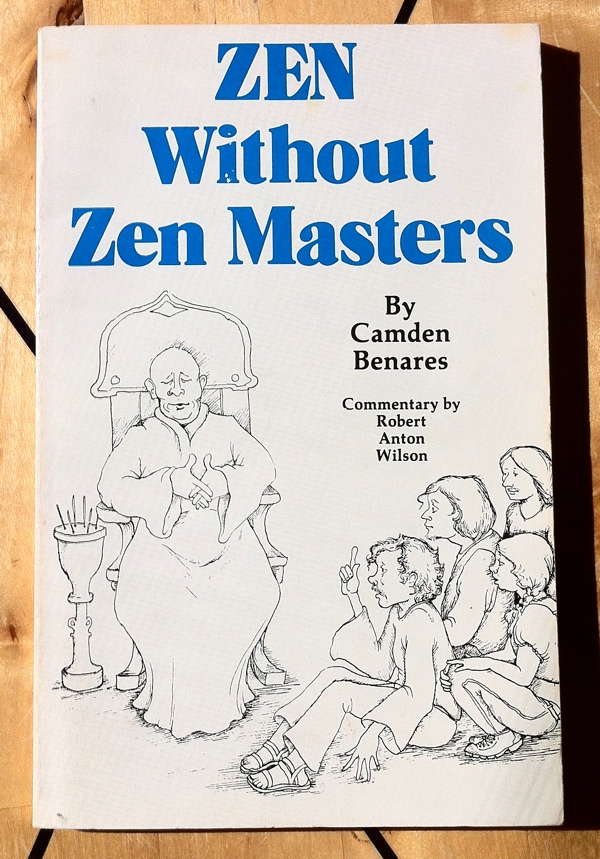 “The first collection of truly contemporary Zen parables, Zen Without Zen Masters is perhaps the best introduction to the new and sometimes baffling world of meditation, Eastern through and the galaxy of philosophies that make up today’s expanding horizon of human awareness.

In this book, Camden Benares integrates the ‘inner quest’ with our experiences of daily life. For the millions of veterans of growth groups, meditation and other branches of the human potential movement, Zen Without Zen Masters lightens the load like a fresh Western breeze.

The section of meditation guides and exercises focuses a range of inner experiences into an accessible form. Marked by clarity and simplicity, they demystify the growth process through practical application.” — back cover

The Sapiens System: The Illumination Conspiracy by Donald Holmes, introduction by Robert Anton Wilson, from Falcon Press, is part of the collection at the Reading Room. 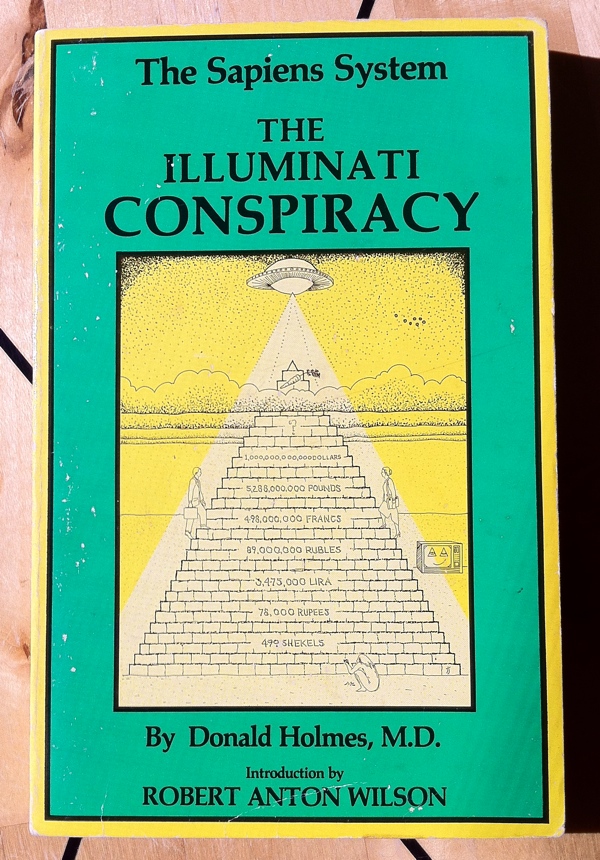 “One day a noted psychiatrist found himself having an experience which his training and background would either deny or classify as pathological. As a man who was familiar with the “strange” and unusual, Dr. Holmes had the presence of mind to begin writing down the information he was receiving from an ‘unknown’ source. The results of this experience are intelligently and brilliantly written and the ideas are starting and may be just the ‘truth’.
C.S. Hyatt, Ph.D. New Age Conspirator and Psychotherapist

‘Who is In Charge of This Planet? Is it revolving, or going sideways? Who are we and where are we going? Dr. Holmes let’s us in on the secret. I’m glad someone had the courage to let the cat out of the bag with such a large bang.’
Robert Anton Wilson, Ph.D. Author and New Age Thinker

Dr. Holmes is a man of great courage. Few Professionals would make public an idea so contrary to our popular and frequently misguided beliefs. A truly outstanding literary and philosophical work.
Nicholas Tharcher, New Age Scientist” — back cover 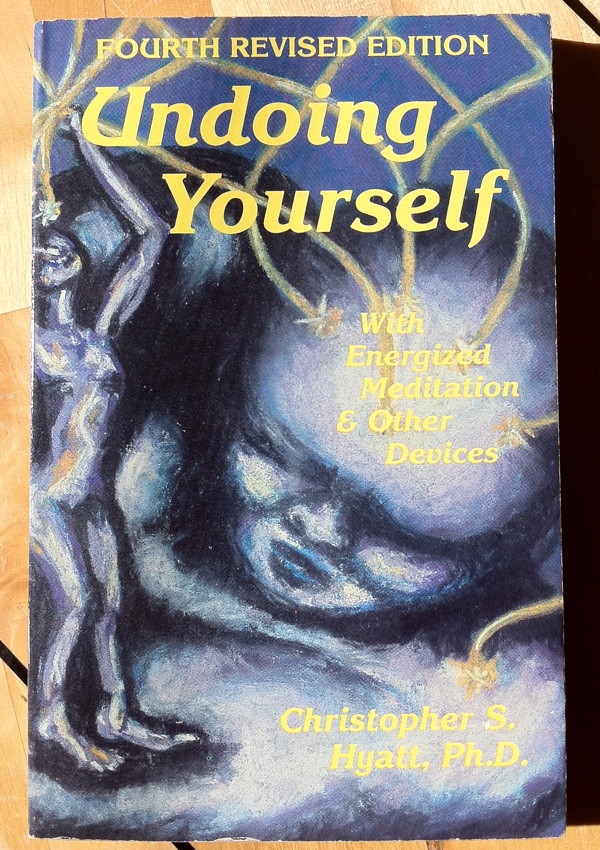 Cosmic Trigger Broadcast 05 is a video from amoeba in the Hermetic Library video pool.

Cosmic Trigger Broadcast 04 is a video from amoeba in the Hermetic Library video pool.

You may be interested in helping to crowdfund efforts to launch Robert Anton Wilson’s Cosmic Trigger: The Play by Daisy Eris Campbell.

“In 1976 Ken Campbell staged Illuminatus! in Liverpool. This production — and the novel that it was based on — irrevocably changed the lives of all who were involved, both performers and audiences, and wound up opening The Cottesloe at the National Theatre. It is still talked about in Liverpool as one of the city’s great happenings.

We are now re-invoking that mythic production but this time telling the story that surrounded the writing and staging of Illuminatus!: the extraordinary life and times of its co-author, Robert Anton Wilson, as the central thrust; the unstoppable force that was Ken Campbell barging into the action from behind the scenes; and some extracts from the original production woven through. As Ken would say, ‘this is an enthusiasts’ production’.

Daughter of Ken, Daisy Campbell, continued his legacy by directing the epic revival of the 24 hour play The Warp in various theatres, festival spaces and raves around London in the 90’s.”

“Daisy’s adaptation recounts the period of Bob’s life around the inspiration for, writing of and theatrical culmination of Illuminatus!, a period where he also met iconic countercultural figures like Timothy Leary, Alan Watts and William Burroughs, all of whom feature in the play. The narrative slips in and out of Illuminatus! itself and the production employs song, music, projections and stagecraft to evoke the real-life hallucinogenic trip through conspiracy, paranoia and enlightenment that transformed Bob from a simple Playboy editor into the influential countercultural figure he is today.

Robert Anton Wilson sought to induce in his readers agnosticism; not just about God, but about everything; and all his work blurs the lines between truth and fiction. This will be reflected in a staging style that often breaks down theatrical conventions, with actors amidst the audience, tiny stage-sets that can pop up anywhere and cutting-edge projection trickery, allowing the very walls of the theatre to drop away at one climactic moment. Alan Moore (The Watchmen, V For Vendetta) will voice The World’s Most Intelligent Computer, and Jamie Reid (Sex Pistols album artist) will lend his occult artworks to the production.

Cosmic Trigger Broadcast 03 is a video from amoeba in the Hermetic Library video pool.