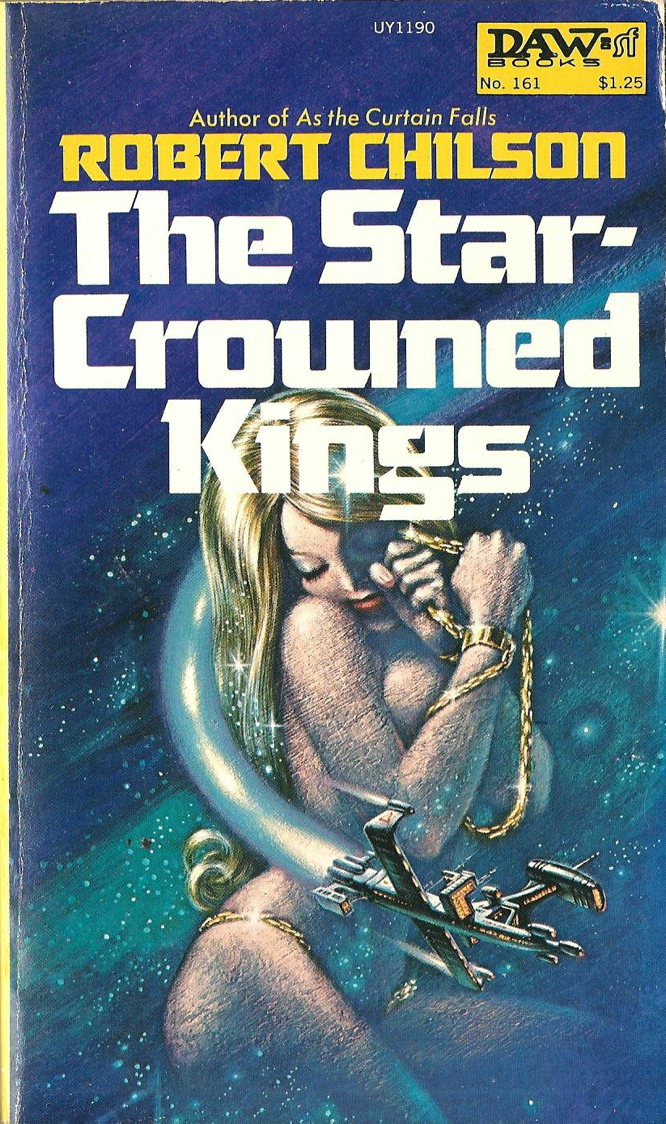 This old gold-spine DAW paperback faked me out with its packaging. The jacket copy on the back cover uses chess as an extended metaphor to the point where I thought that it would be an ingredient of the novel itself, and I was thus hoping to add this book to my survey of “living chess” in fantasy and sf literature. The Kelly Freas art on the cover shows a gigantic (scale supplied by a passing spaceship) naked girl in golden manacles and chains on a starry background, which suggested that the book might be one of the salaciously-inclined sword-and-planet titles of its era. But the art was also a false cue.

The novel is set in a far future after widespread interstellar colonization by post-terrestrial “Starlings”–a speciated mutation of humanity whose telekinetic abilities form the basis of faster-than-light transport. “Mere” humans continue to outnumber Starlings and have been settled on the colonized worlds as a subordinated workforce. The protagonist Race (his name, “Race”) is a supremely rare human “latent” who develops Starling powers at adolescence, and the book concerns his struggle to rise above his inherited human station.

It’s not a long book, and it’s a fairly fast read. It does end without resolving many of the dilemmas in which the author had placed the main characters, and there may have been some unfulfilled intention to issue sequels. Characterization isn’t very sophisticated, and an awful lot of attention is spent inside Race’s head as he worries about his problems. The main merit of the book is its world-building. But it wasn’t such a fascinating setting that I’d recommend it on that basis alone.