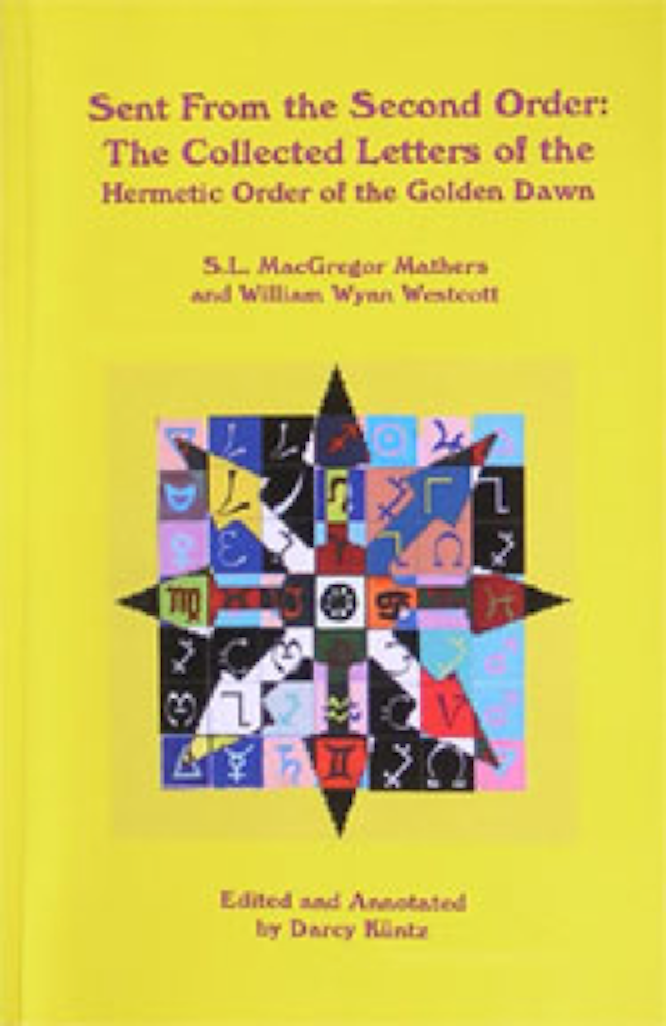 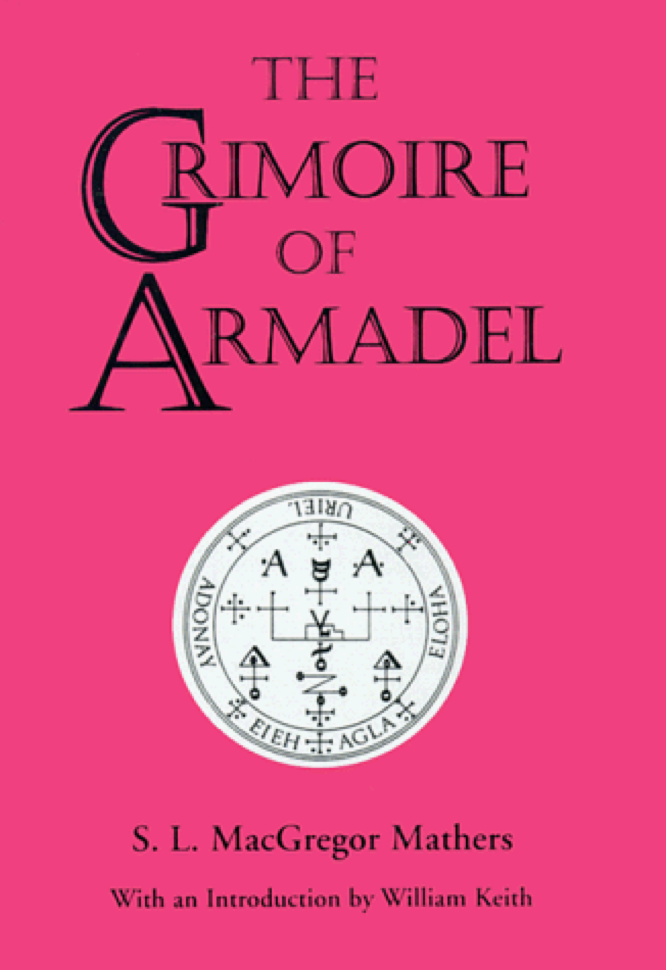 This is a seriously boring book, and I am at a loss to see why Mathers thought that this was important to translate. It’s not a bad magickal system at all, but it doesn’t add any information. On the other hand this book is excellent for the squeamish or the beginner, precisely because it is a self-contained magickal system with useful workings, none of which could result in serious harm to the user if done improperly.

All the evokations are of beneficent angels and archangels. Each chapter contains the sigil of a particular angel and a description of the services that they perform; there are also lists of prayers appropriate to the evokation of these angels. It is not magickally interesting in this regard, because there are about a hundred or so other magickal works that do the same thing. However, it is interesting from an historical point of view. The chapter names refer to events and characters in Christian mythology, almost none of which have anything to do with the evokation at hand. It makes a very solid effort at looking like and being a thouroughly pious work, which fits the period of this book. Ultimately, I think that “The Book of the Sacred Magick of Abramelin the Mage” is a better book, in addition to being cheaper.

Maxomenos reviews The Book of the Sacred Magic of Abramelin the Mage, translated by Samuel Liddell MacGregor Mathers, from the Bkwyrm archive. 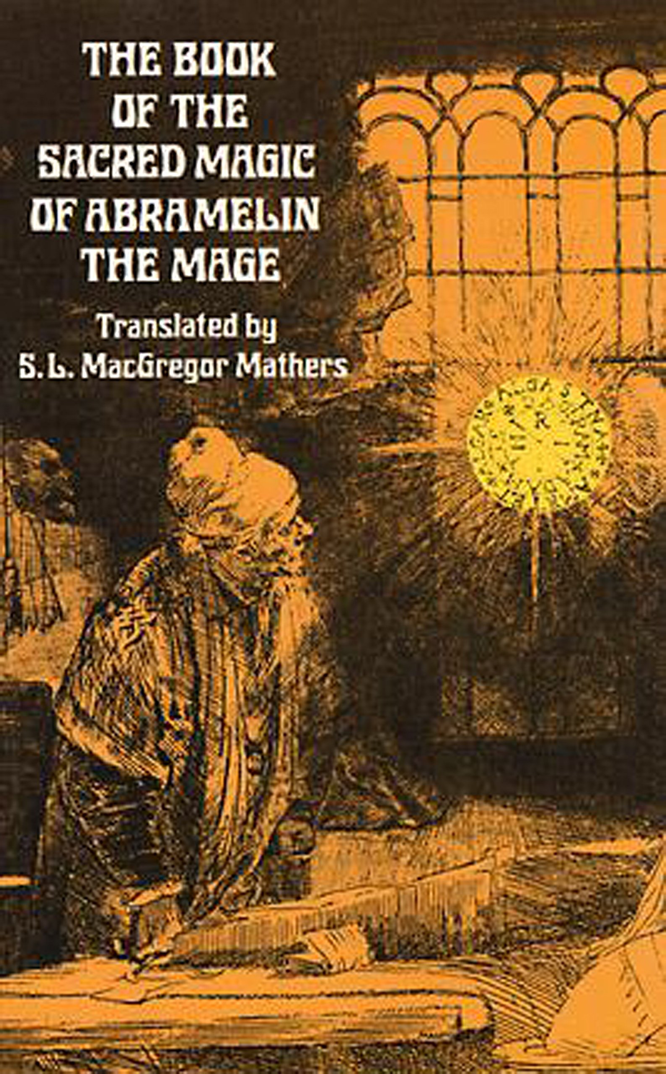 Abramelin, like Gaul, is divided into three parts. The first part is the story of how Abraham, the ostensible author, came upon a man named Abramelin and this, his system of magick. Abraham spends plenty of time describing all of his endeavors, including having done magickal favors for a number of Emperors. He admonishes his son Lamech not to use this system for vain purposes. In the third part, he gives a number of talismans, in the form of magic squares, which are used for various purposes, from scrying to changing the weather. The real meat of this book, however, is in the second part. Here, Abraham gives details of a ritual for invoking and communing with one’s Holy Guardian Angel. (This parallels the Shamanic practise of the totem quest. In Wicca, this is practised in lesser version by means of the Sabbats and Esbats.) This is the Great Work which Crowley mentions, and which he used as the basis for his Liber Seketh.

This ritual has many significant restrictions, the least of which is the age requirement: one should be no younger than 25 and no older than 50 years of age. According to my sources, these numbers originate from an astrological mistake: the actual age range should be between the first and second Saturn returns, that is, between 30 and 60. I have my doubts about this since the Operation is supposed to be independent of Astrological influences; more likely it is a matter having a magician who is old enough to have acquired some wisdom and young enough to have the physical stamina to perform the operation. If this is true, then I doubt that 25 enough of a lower bound for most people.

A brief note on the magic squares in the third part: the squares all consist of arrangements of letters in grids, such as the example below:

The form of these tables carries many advantages which most talismans, such as those found in The Key of Solomon, in that they are simple to produce, easy to display as ASCII (note to persons wishing to research magick via computer), and for the most part innocuous. A layman would probably recognize a Goetic talisman immediately but not an Abramelin one. However, I believe that many of the talismans are incomplete. I am not precisely sure how one should complete them. 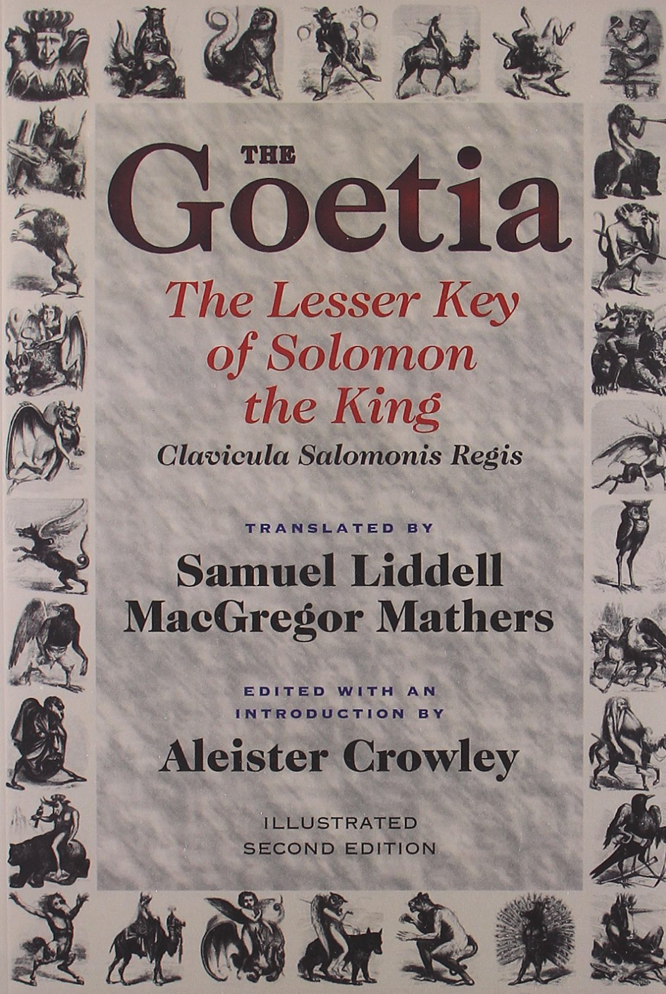 First of all, I must reassure you that the illustrations are not those D&D-style drawings that mar the New Falcon edition of the Goetia, but rather the adorable little engravings by Louis Breton that you’ve seen in all those coffee-table books; they are supplemented by a few of Crowley’s crude sketches, which have the advantage of having been drawn from life. The new edition irons out some errors which were present in the first edition, greatly increases the usefulness of the Enochian conjurations, and generally makes the book more convenient for reference; it even fixes the pile of mistakes in the Greek text of 365 from the 1994 edition of Magick. It is not, however, without its flaws. First, the book is printed on cheap, see-through paper. Second, the new edition introduces more than fifty new errors. Most of these occur in the Editor’s Foreword, and most are very minor problems like the incorrect accenting of several Greek words; others, though, are more substantive errors of fact. For all these blunders we can thank the Tepaphone’s own “R. B.,” who had a hand in the translating and proofreading work for this new edition. Despite his arrogance and the occasional shallowness of his research, I really expected more of this intelligent amateur. R. B. tells me that a corrected reprint on real paper is already in the works, and will appear under the imprint of 93 Publishing: perhaps serious students should wait for this improved version. Meanwhile, the new edition is still better than the first edition.

The Complete Golden Dawn Cipher Manuscript [also, also], Golden Dawn Studies Series Number 1, deciphered, translated and edited by Darcy Küntz, introduction by R A Gilbert, the 1996 first edition paperback from the Holmes Publishing Group, is part of the collection at the Reading Room. 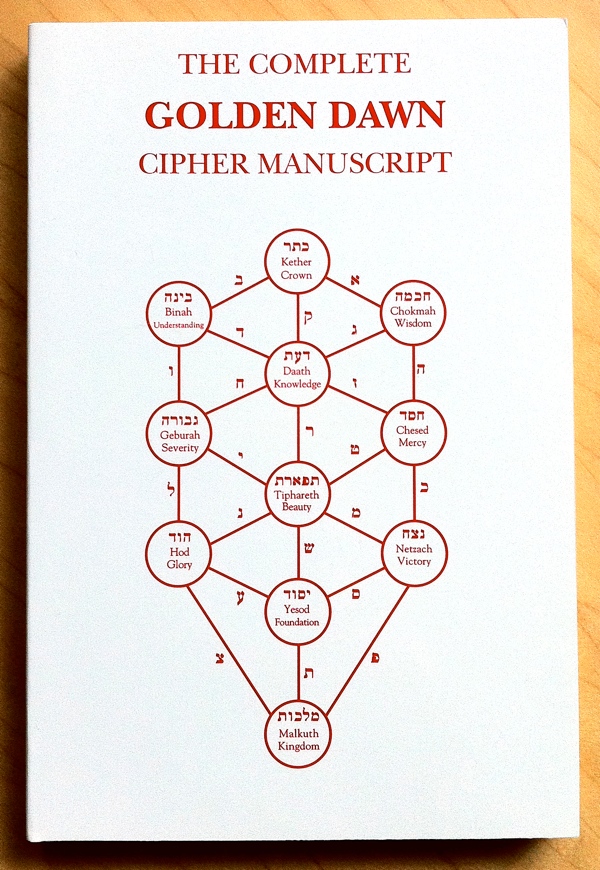 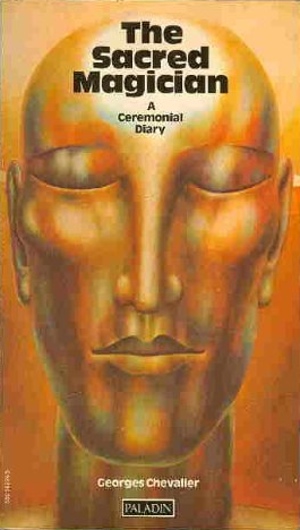 This volume is a 1992 reissue of a book originally published under a pseudonum in 1976. The subtitle “A Ceremonial Diary” is misleading, since, although very much a diary, it provides little detail on the ceremonial dimension of the author’s efforts in prosecuting the operations in The Sacred Magic of Abra-Melin the Mage, which are the activities covered by the span of the diary. The edition includes a partial fascimile of Abra-Melin in the Mathers translation, which accounts for nearly all of the actual information on the mechanics of the work, so it is difficult to know how rigorous Bloom was in applying its specifics. The Abra-Melin work is mixed with Theosophical aspirations strongly influenced by the works of Alice Bailey, and it is actually these latter that seem to predominate for long stretches of the introspective diary. [via]

“I began my pilgrimage to far-distant countries. Mexico was the first. I was sent there by the head of the Order to consecrate a priest to serve the Lamp of the Invisible Light.” [via, also, see]