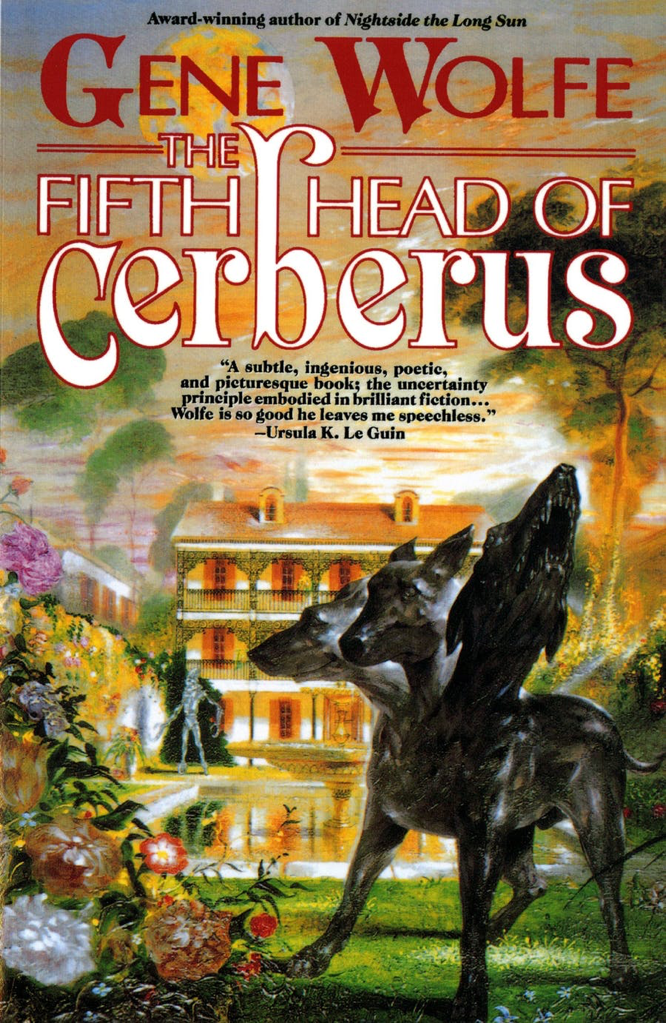 “Three novellas” says the cover, and that’s what this volume contains. Although the three share a science-fictional setting (the double-planetary system of St. Anne and St. Croix) and there is a single character (Dr. John V. Marsch) who appears in all three, they could be read in any sequence. They are mutually-illuminating, but not serial; while they form a greater whole, the end of each is only the end of one novella, and not the conclusion of a larger novel. In fact, Marsch only appears in the second novella “Story” by virtue of a fictional by-line. There is a strong metafictional element throughout, brought out most fully in the third novella “V.M.T.” where the principal content consists of documentary fragments being considered in largely “random” sequence by a reader within the frame of the tale.

All three stories arouse musings about personal, cultural, and biological identity. Cerberus guards Hades, the realm of the shades of the dead, and various spectral ancestries are at play in these pieces as well. The first story is called “The Fifth Head of Cerberus,” and it seems like Wolfe may have let that stand as the general title out of refusal to come up with a further name that would imply a greater unity to the multi-headed whole. The Cerberus in the book (a statue in the first story) is of the conventional three-headed sort, and the beyond-extra fifth head is a role that fits various characters based on their apparitional and fluctuating functions in the narratives. Indeed, for all of the links between the stories, they serve to raise questions about each other as much as to provide answers.

One of the recurring questions is: Who–if anyone–is human in this story? Of course, that calls forth the necessary corollary: What is a human? To answer the second would require a crude didacticism far beneath this author. It is a signal of the artistry of this volume that the answer to the first is never entirely divulged.

Some kind of religious ritual, a dance to greet the sun? Barbaric. 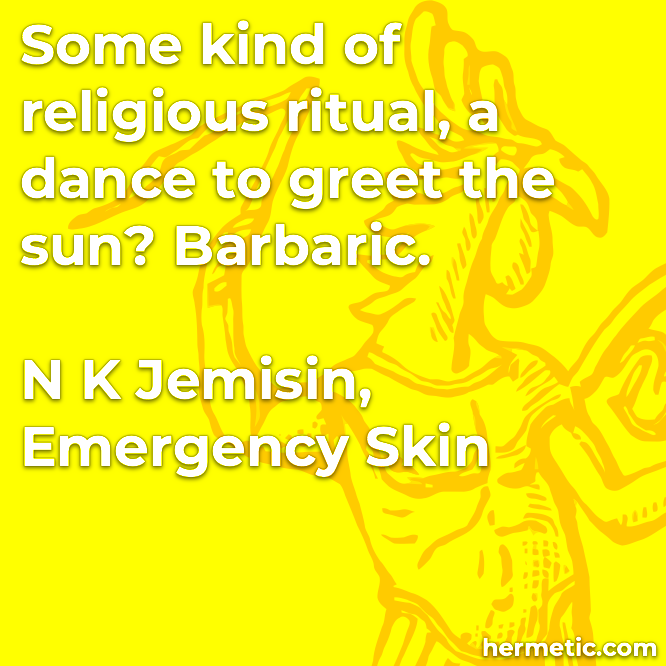