“If one’s different, one’s bound to be lonely. They’re beastly to one. Do you know, they shut me out of absolutely everything? When the other boys were sent out to spend the night on the mountains—you know, when you have to dream which your sacred animal is—they wouldn’t let me go with the others; they wouldn’t tell me any of the secrets. I did it by myself, though,” he added. “Didn’t eat anything for five days and then went out one night alone into those mountains there.” He pointed. Patronizingly, Bernard smiled. “And did you dream of anything?” he asked. The other nodded. “But I mustn’t tell you what.” 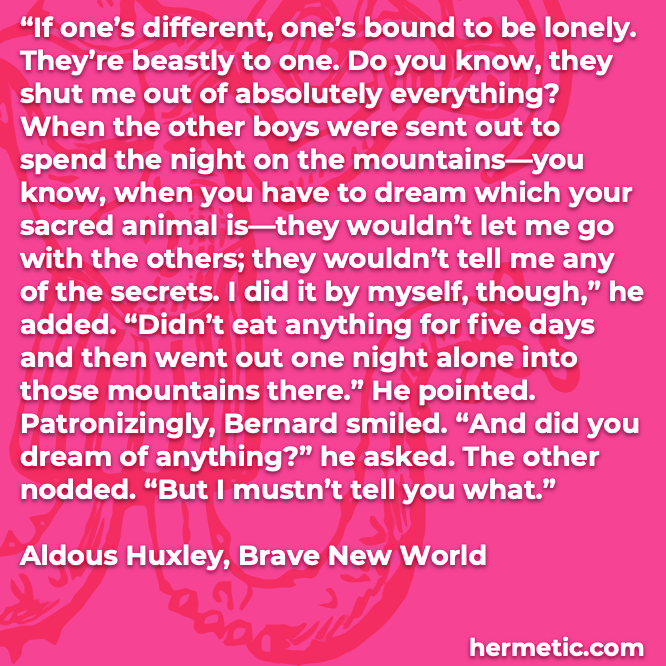 Certain parts of the story had moved her and seemed to contain a germ of truth. 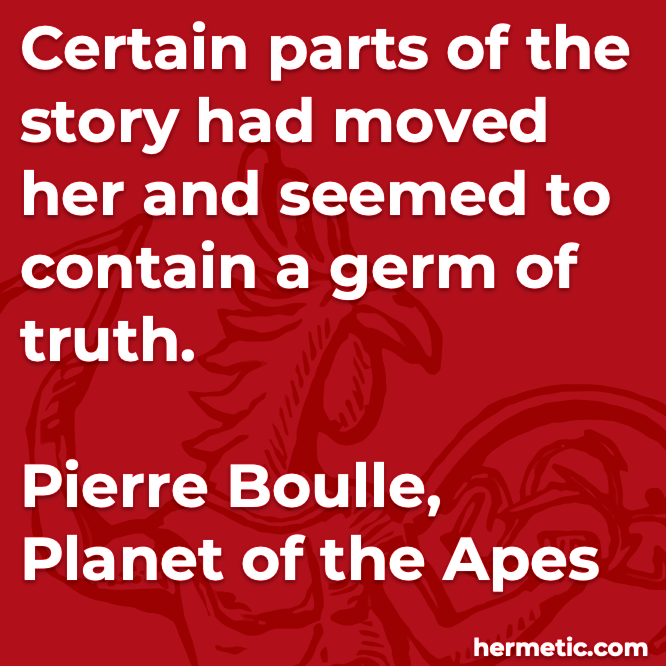 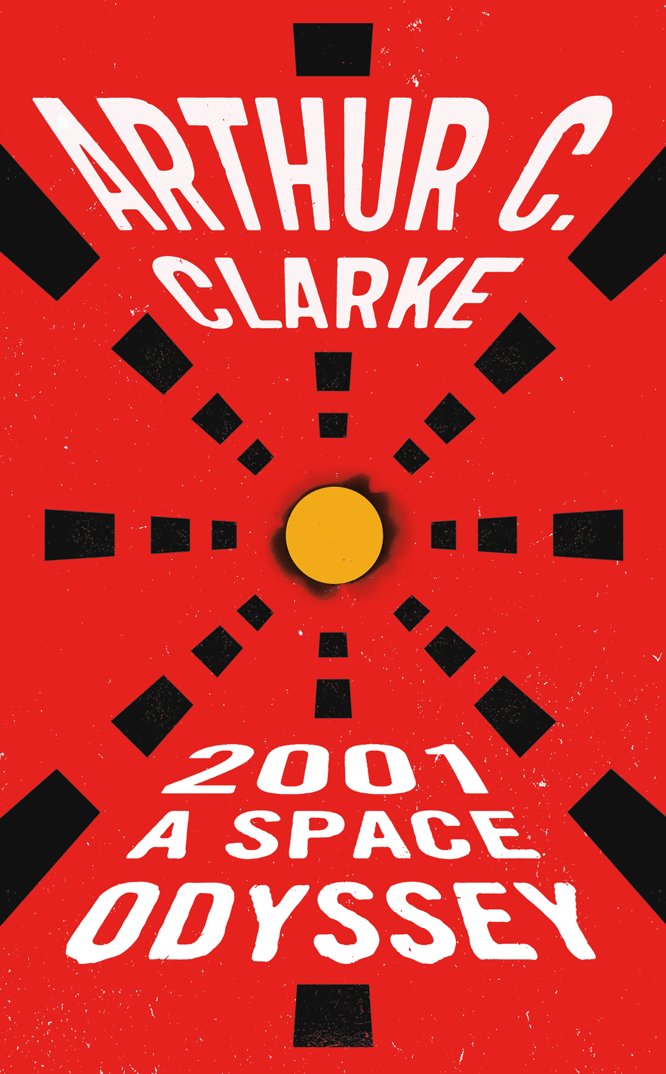 This read of 2001: A Space Odyssey was my first, and I last watched the film over thirty years ago. The edition in hand is the 1999 “millennium” pocket paperback, with retrospective front matter by Arthur C. Clarke discussing the authorial process. In light of that introduction, I’m a little surprised that Stanley Kubrick didn’t get a byline on the novel as a co-author. The book was plotted as a stage of the development of the screenplay, drawing on earlier stories by Clarke and incorporating Kubrick’s ideas and ambitions for the film. Then the two parallel media products were completed in dialog with each other. In the end there are some significant differences between the novel and the movie, but the book certainly exposes and clarifies many of the ideas behind the film.

Clarke wrote “hard” sf, with an effort to maintain scientific and social plausibility. So, with the passage of time, his projected world of “2001” now set a generation in our past has come to represent an alternate history, and it’s one that makes me nostalgic for turns not taken in our cultural and technological paths. Clarke’s 2001 has a manned moon base, and in general space exploration has progressed in preference to the technologies of simulation and social control that have come to dominate our 21st century to this point. He imagined a better diversion of the military-industrial complex into the work of peaceful extraterrestrial inquiry than we have been able to achieve. His geopolitical scenario failed to foresee the collapse of the USSR, but credibly made the USA and USSR allies in tension with China, as the USA and Russia arguably were in our actual 2001.

It was interesting to reflect that one of the conceits of this novel has come to dominate a lot of 21st-century sf: a “first contact” with extra-solar intelligence that is mediated by some sort of archaeological remains. I see this trope in a lot of recent space opera, including MacLeod’s Newton’s Wake, Harrison’s Kefahuchi Tract books, the Expanse series, and even Wells’ Murderbot books. I wonder if my library catalog needs an “exo-archaeology” tag to tie these works together.

2001 has very short chapters; I usually read three or more in a sitting. These in turn are grouped into six parts: Primeval Night, TMA-1, Between Planets, Abyss, The Moons of Saturn, and Through the Star Gate. The structure suggests an initiatory ascent according to the symbol systems of modern Hermetic Kabbala: Malkuth/Earth (Neophyte), path of tav to Yesod/Luna (Zelator), path of samekh to Tiphareth/Sol (Adeptus Minor), path of gimel and Da’ath (Babe of the Abyss), Binah/Saturn (Magister Templi), and Chokmah/Zodiac (Magus). The initiand in this case would be humanity as a whole, and the viewpoint characters differ from section to section in the first half of the book.

at night they twinkled gaily with geometrical constellations, or else, flood-lighted, pointed their luminous fingers (with a gesture whose significance nobody in England but the Savage now understood) solemnly towards the plumbless mysteries of heaven. 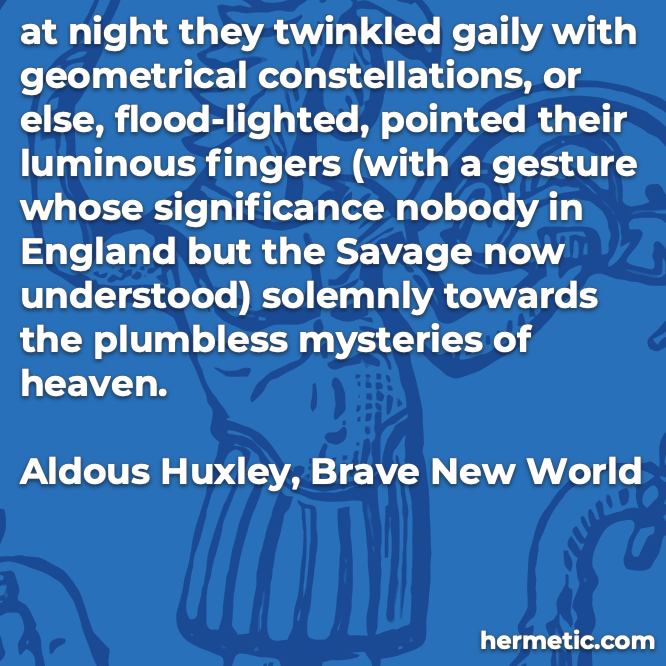 She […] placed her forefinger on her mouth with an air of entreaty. She was counseling me not to show myself in my true colors to Zaius. I obeyed her without understanding the reason for these mysteries and, convinced that I had an ally in her, promptly resumed my intelligent animal attitude. 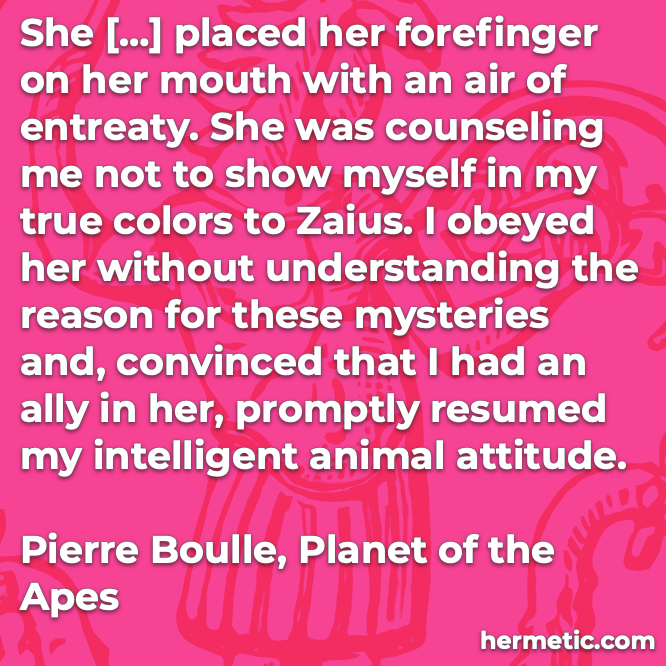 I lost my head and once again behaved like a madman. As a matter of fact, I was literally mad with rage. I screamed and yelled like the men of Soror, showing my fury as they did by hurling myself against the bars, biting them, foaming at the mouth, grinding my teeth, behaving in short in a thoroughly bestial fashion. 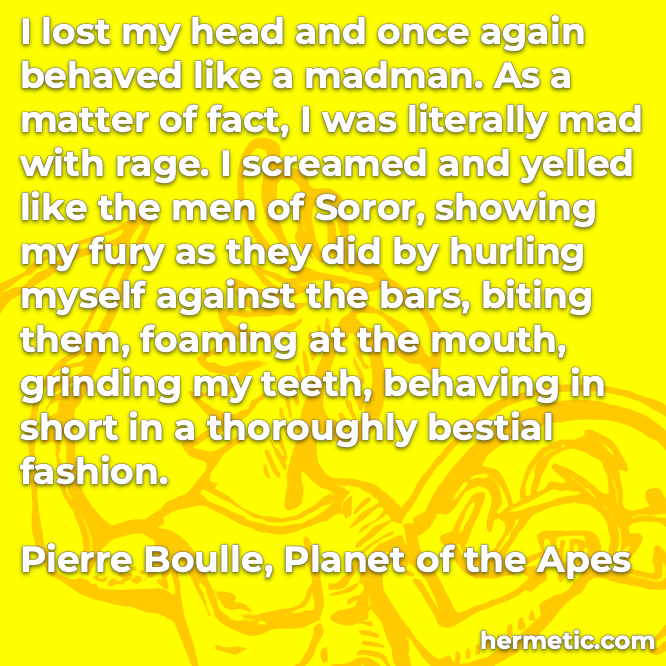