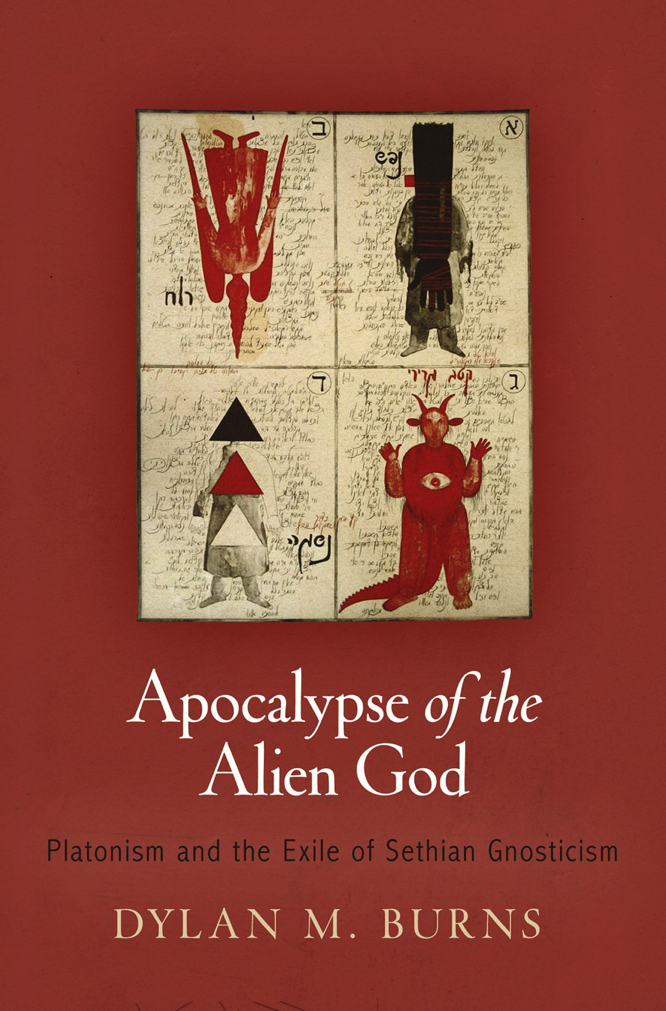 The “apocalypse” in the title of this book refers to both a genre of religious writings and to the more fundamental unveiling or revelation of the “alien God,” who is the Great Invisible Spirit of Sethian Gnosticism. Not only was this godhead metaphysically alien to the created world of matter, it was culturally alien to the Hellenistic society of intellectuals gathered around the Neoplatonist philosopher Plotinus in third-century Rome. The latter framing is the point of departure for this study of a specific school of ancient Gnosticism in its social context.

Author Dylan Burns perpetrates careful scholarship, and the early chapters offer a fairly slow start with orientation to the cultural factors involved in the historical scenario that he uses the final chapters to set forth. He avoids anachronistic conceptions of Christianity and Judaism. For example, he doesn’t see the unorthodox or even negligible jesuschristology (my ad hoc coinage) of the Sethians as a reason to distance them unnecessarily from the phenomena of early Christianity.

The theme of alienation is present in a sort of holographic manner in this study. Burns points out the religious trope of valorizing exile under the figures of the sojourn and the stranger as a peculiar attribute of Sethian Gnosticism that it held in common with many Christianities, some Judaisms, and virtually no Hellenism. Among the several sections of the book concerned to elucidate Sethian doctrines on the basis of the surviving writings, the one treating this theme was the most interesting to me not only for its socio-cultural implications, but for the disputable value of the actual religious ideas concerning the sojourn.

The study concludes that the floruit of Plotinus ultimately represented a “closure” of dialogue between Hellenic Platonism and the Gnosticisms rooted in Semitic scriptural traditions. This event is the second sense of the “Exile” in Burns’ subtitle, as the Sethians were exiled from the Roman Platonist milieu. Platonist dialectic withdrew from engaging Gnostic apocalyptic and vice versa. Still, he suggests that some forms of sympathy persisted, with the theurgy of Iamblichus as a notable possible instance.

Some attention to the possible practices at stake in Gnostic texts leads to helpful discussions of baptism, “angelification,” and the rite of the Five Seals (but not the Bridal Chamber, which seems not to have figured in Sethianism). I was interested in the implications of the designation of “Perfect Individuals” in the Protophanes Aeon of Sethian eschatology. “Perfect” is a conventional translation of a Greek term that can also mean “initiated,” and I inferred that the mode of transmitting knowledge through secret initiatory ceremony might have been another barrier between the Sethians and their Platonist peers.

On the whole, this book makes real demands on the attention of a serious reader, and it is not addressed to the idly curious. But it demonstrates that work in this field can advance beyond the wrangling over definitions and categories that has been a preoccupation of recent decades, and illuminate more of the historical realities regarding these ancient religious phenomena.