A person in my position is liable to see Sherlock Holmes in the most beefwitted policeman. I did not feel that I was advancing in the confidence of the Germans. I got no secrets worth reporting to London, and I was not at all sure whether the cut of my clothes had not outweighed the eloquence of my conversation. I thought I would do something more public. I wrote a long parody on the Declaration of Independence and applied it to Ireland. 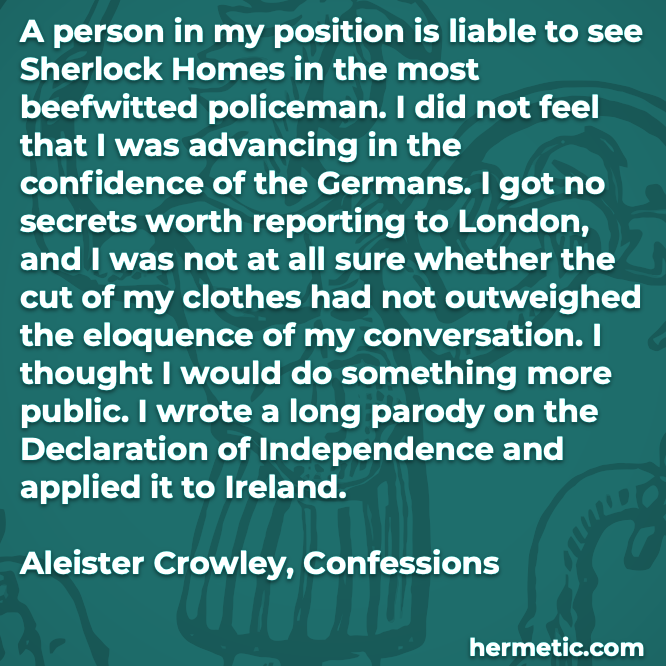 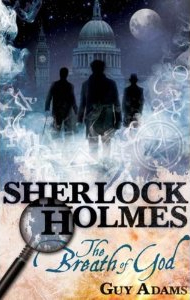 “We had quarrelled about philosophy and physics. His mind was intensely positive, brutally matter-of-fact, but capable of appreciating subtlety, and far more open to new facts and theories than most of his opponents supposed. His arrogance was, to a great extent, the Freudian protection against his own uncertainty. He knew psychology, he knew men; he understood business; and in his capacity of instructor at Harvard, he had acquired the habit of forming and directing minds. So much I knew, and I pictured my duel with him in romantic terms of Sherlock Holmes and Moriarty.” — Aleister Crowley, Confessions, Chapter 76, writing about his “old enemy” Professor Hugo Münsterberg.

“… the film, which hits theaters on Christmas Day, follows none of Conan Doyle’s stories, which were deemed too small, but presents Holmes battling the ominous Lord Blackwood, a figure inspired by the Victorian occultist Aleister Crowley.”