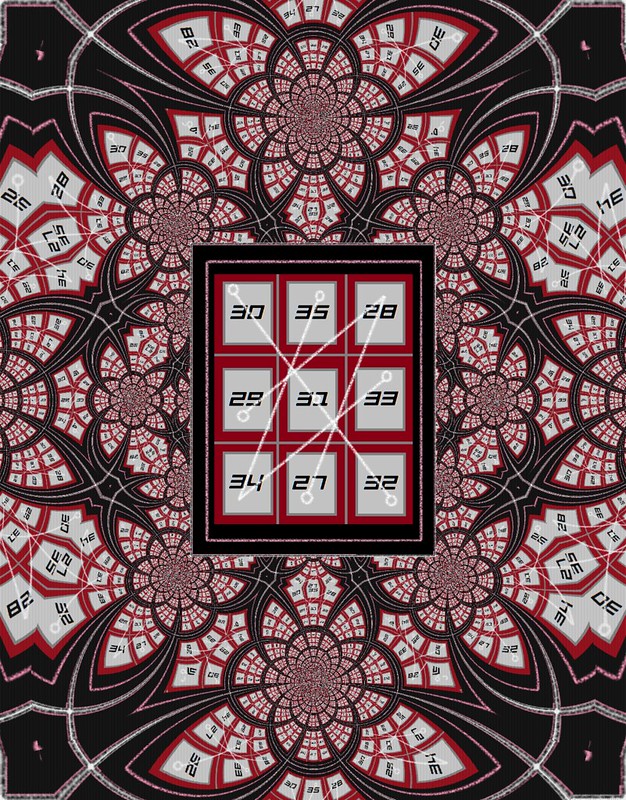 This Lucifer’s Sigil is an art print of an illustration by Sarah Anne Lawless, and may be of interest. “Final sketch from a design project before creating the physical token for Arnar.”

Sketches from the design process and conversation about a Token for Arnar.

Dragon’s Blood Incense Sigil Paper from Rosarium Blends may be of interest. “Self igniting sigil paper infused with the resin of ‘Dracaena cinnabari’, the original and true dragons blood, spoken of in so many occult formularies. Scented slightly with other aromatic resins to form a self igniting incense paper to be inscribed with sigils and fired off in ritual.

The paper sizzles and sparkles like a lit fuse without flame and produces a sweet scent tempering the martial influence of the dragons blood resin. Focusing, enhancing and directing the effects with the sigilized intention and will of the practitioner.”

Design History: The Trademark in Nazi Germany and the Modern Logo from Mark Gould on Vimeo.

Design History: The Trademark in Nazi Germany and the Modern Logo is a video by Mark Gould from the School of Visual Arts MFA Design, added by VJ PsyScottic. Although there’s unfortunately the clear trigger about Nazis here to distract, this talks about logo design in a way that anyone interested in sigils and seals might find familiar.

“Steven Heller surveys the Modern German trademark as designed by its Modern German Master, William Defke. An interesting look at how the use of trademarks, logos and eventually all forms of media were, and continue to be used by governments and big corporate media as elements of codes, and symbols to transmit messages to the masses.”

If you’re in the the London area, you should check out John Constable’s one man play dramatizing Austin Osman Spare at Treadwell’s which opens November 21st, 2013. It runs for four dates, so even if you can’t catch it on opening night there’s other chances: November 21-22 and 29-30.