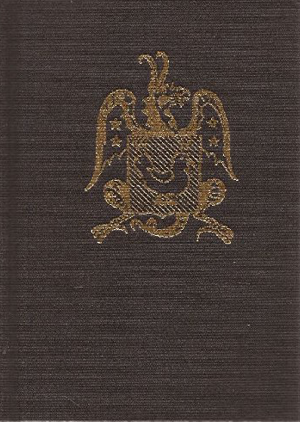 In full disclosure, I have published through Teitan Press, so I may be somewhat predisposed toward their catalog. The truth is, they simply do great work, which is why I feel fortunate to have published through them in the first place. Thus, when I was alerted to their limited release (800 copies) of the infamous grimoire “Le Veritable Dragon Rouge”, I rushed to pick up a copy and once again found myself more than glad to have done so.

First, in accordance with their style, the binding is wonderfully done, hard bound in black with an image of the red dragon stamped in gold. (I suppose that makes it a gold dragon.) The backings are a brilliant scarlet, which really “sets the mood” for an infamous book of black magic. I’m a binding fetishist, so those sort of things are important to me. Both the editorial and introductory work are written under pseudonyms, and each adds a great deal of background context to the text and its origins. I am not in any way privy to who the contributors are, nor would I be at liberty to speak of it if I did; all I know is that neither one is me.

While dated 1521, Le Veritable Dragon Rouge appears to have been produced closer to three hundred years later (if not precisely three hundred years later) during the French occult revival.[1] Perhaps my favorite quote is a citation in the front material that states the work is “remarkable for compressing in a hundred and six small pages as much grave absurdity as ordinarily would suffice to fill a folio.” Frankly, that’s what makes it so much fun!

Instructions are given for making the philosopher’s stone (almost certain to kill you), how to maim your enemies, making a pact with the Devil, making women dance naked (okay, I’m listening…), and winning the lottery. All of these, pursuant to the genre, are aimed at very material ends, though again the methods are straight out of a B-grade horror film.

There is a note preceding the text (included by the current author and publisher) that one should not try any of the practices detailed therein: wise counsel, indeed.[2] However, there are elements of the grimoire tradition in it that are not so far afield – orations calling upon the names of God, preparations of magical instruments such as a wand and magick mirror, and the like. Aside from that, you are instructed to slaughter the better half of a barnyard to get your work done, including a goat, a wolf, a cat, a badger, and so on. Please understand that no one should actually perform these operations. Unless you’re an idiot. Even then, really…

An infernal hierarchy is also detailed, which is interesting in and of itself, as this is a common preoccupation of necromantic/nigromantic grimoires. A partial listing of spirits from Goetia is given, eighteen of them as subservient entities to their infernal overlords, and their order matches exactly that of Wier’s Pseudomonarchia Daemonum, making it almost certainly the source of the listing. Lucifer, Beelzebub and Astaroth are given as the chief spirits, the latter rather interesting in that it is not Satan. A “Satanachia” is given a lesser rank thereafter.

Lastly, the secret of the Black Hen (Poulet Noire) is detailed, wherein one is able to get whatever he or she desires. It reminds me once again of Goetia in the description of the Seal of Solomon, which is to be written with “the Blood of a Black Cock which never trode hen.” (See if that phrase gets past your adult content filter!) In this case, however, the shoe is on the other foot, as it calls for a hen that has never been approached by a rooster. Naturally, you are instructed to kill it, after which a few orations are said, a spirit appears, and is then bound to do your bidding.

All in all, the work is well done and very interesting from a historical context if not a practical one. (Practical magic so-called is a complete misnomer in the first place, mind you.) Nonetheless, I am glad to have it on my shelf (finally!) as one of the key texts in the lineage of the grimoire period. It even sounds cool:”Le Veritable Dragon Rouge.” Try rolling that off your tongue a few times and tell me you don’t want that title on your shelf!

Note: inviting someone to look at your “red dragon” may have unintended consequences.

… and yes, if any of this “red dragon” talk brought you back to your Dungeons & Dragons days, wondering how many hit points the book might possess, then congratulations: you are a nerd. Like me.

[1] I am not aware of any direct connection, but it reeks of Simon Blocquel. He is perhaps indirectly famous for Le Triple Vocabulaire Infernal, used by A.E. Waite as a sourcework in the Book of Black Magic and Pacts, as well as being the source for Jimmy Page’s (Do I need to mention Led Zeppelin here?) “Zoso” symbol.

[2] My use of the text was nixed at the admonition to not enjoy the company “of women or girls” for the space of a week. Totally not worth it. [via]