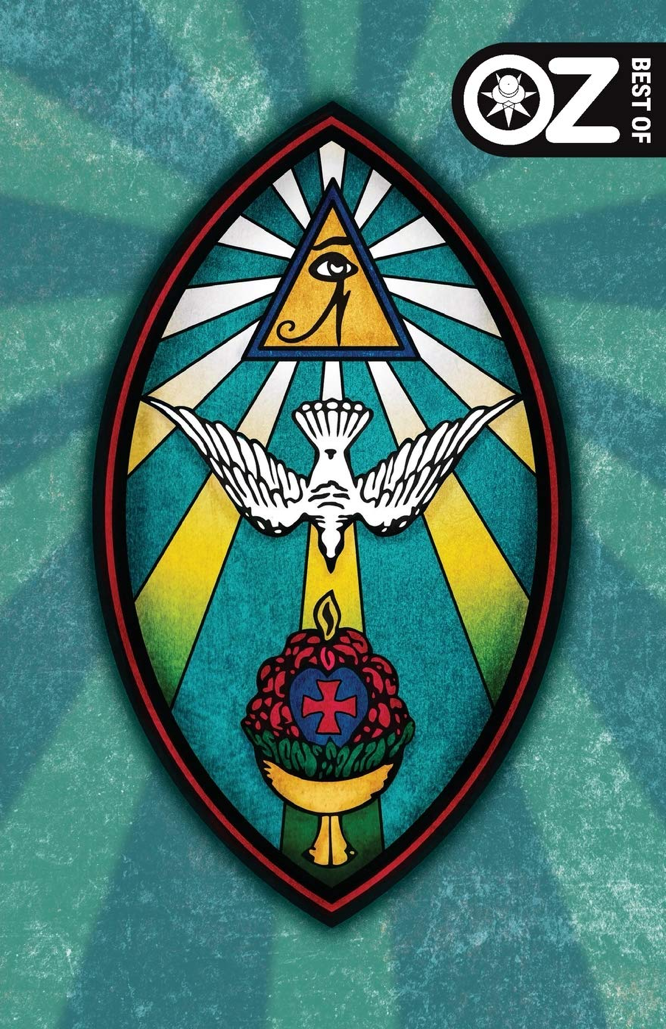 OZ was the regular organ of the Australian Grand Lodge of OTO from 2006 through 2018, with paper distribution left behind circa 2010 in favor of digital only. Although I did often read it, and always found something of value in the issues I did read, I am embarrassed to admit that I sometimes left much of it unread in my inbox, just as the Grand Secretary General intimates in his introduction to this volume. I was excited to get a copy of a handsome softcover book claiming to collect the “Best Of” OZ in a hardcopy format that I could subject to my thorough attentions.

The prohibitive majority of the content in this volume was written by Australian Grand Master Shiva X°, which is consistent with the original periodical that often contained long articles from the Austral Throne. The rationale for the sequence of the selections is not entirely clear to me; they are certainly not chronological. (And for that matter, the date of each article is given at its end, and I would have appreciated seeing these citations at the top of each piece and/or in the table of contents.)

Many of the pieces are concerned with organizational and institutional issues, highlighting the distinctive Australian approach to implementing the constitutional legacy of OTO and its component rites. While they are doubtless invaluable to all members of the Australian Grand Lodge, readers in other countries are most likely to find these pieces useful and engaging if they have already begun to serve in roles of national leadership such as those associated with the Second Triad. OTO-EGC clergy should certainly read the several articles regarding EGC organization and sacramental philosophy, in that they detail an approach distinct from the one in the US, with no less fidelity to the mysteries of the rite.

Two of the longest and most rewarding articles are set near the end of the book, under the byline of Stephen J. King. The first of these is “Apocalypsis 418,” an exploratory doctrinal piece which should be of tremendous value to any serious Thelemite. Its significance relates at least as much to A∴A∴ as it does to OTO, and it includes cross-references not only to the two volumes of Daniel Gunther’s Inward Journey, but to three different volumes by Shiva X° in preparation. In significant connection with this particular essay, I would suggest reading To Take Place by Jonathan Z. Smith as well as Henri Corbin’s “The Imago Templi in Confrontation with Secular Norms” (in Temple and Contemplation).

The second King article is “Temple Mount: The Oriental Templar Crusade for Verità.” This paper was clearly the result of a compositional process originally aimed at and emerging from the Academia Ordo Templi Orientis conference at Monte Verità in Ascona, Switzerland in 2017, although it doesn’t report what form it had been in at that earlier time, and it saw publication in the fiftieth and final issue of OZ in late 2018. It is concerned with Past Frater Superior Theodor Reuss’ efforts in Switzerland and their durable effects in the countercultural milieu of Ascona and later Esalen. While there is some measure of speculation involved in this study, there is also a wealth of positive historical detail to support it. The conclusions offered regarding the history of ideas make this paper valuable to Thelemites seeking to understand the logical (and possibly genetic) relationship of our doctrines to other intellectual and cultural streams with which they are in clear resonance, and not just to scholars of OTO history.

I recommend this book as a useful addition to the library of any chartered OTO body or individual initiate, as well as for students of Thelema generally.

The Nightmare Paintings: Aleister Crowley is an exhibition of Aleister Crowley works in Australia. Currently there doesn’t appear to be much information available about the exhibition, but you may be interested in the limited edition exhibition catalogue, of which only 666 will be made and is scheduled for November 2012.