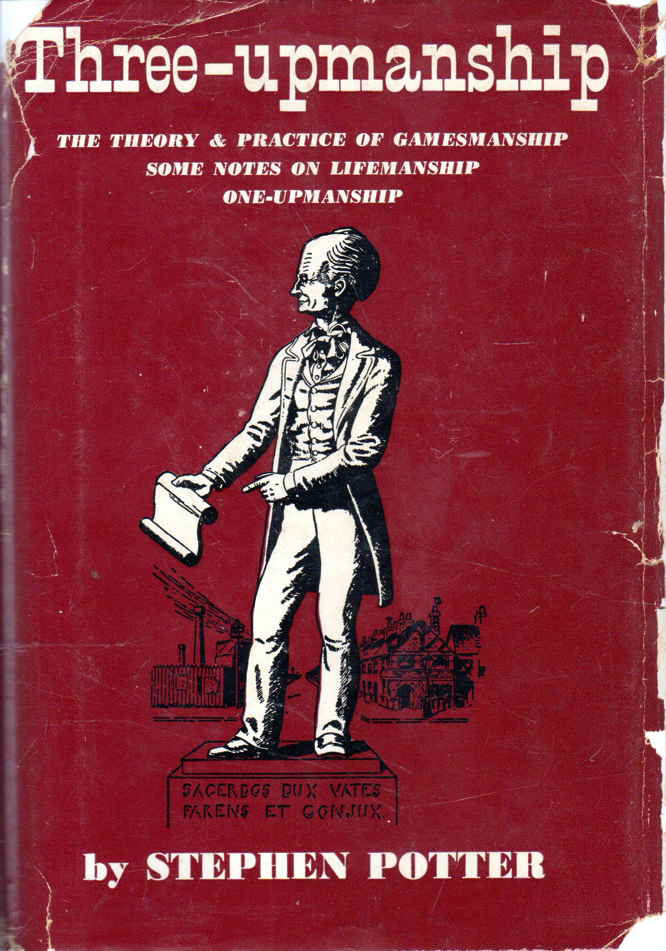 I first read Gamesmanship at the tender age of six or so. I knew it was supposed to be funny, because the way I had found it was by browsing the humor shelves of the public library. (At six I was already exploring out well beyond the confines of the library’s juvenile sections.) It probably had a salutary effect on me, in terms of making the gamesmanship in which it purports to offer instruction seem utterly repellent, albeit curiously arresting.