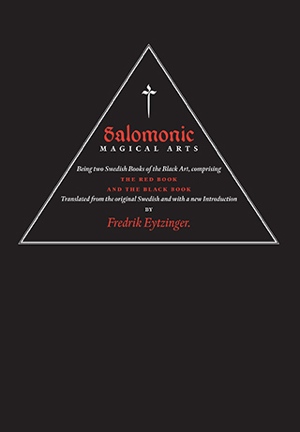 Via Egil Asprem’s blog Heterodoxology: Exploring the Heterodox in Science, Religion, and Politics, the International Conference on Contemporary Esotericism has put out a Call for Papers with a deadline for abstracts of March 30, 2012.

“The primary aim of this conference is to place contemporary phenomena on the agenda of the study of esotericism. Thus we welcome papers dealing with contemporary and recent developments in “classic” esoteric currents – e.g. within Theosophy, Anthroposophy, Freemasonry, Rosicrucianism, and ritual magical currents – as well as esoteric developments of particular relevance today – e.g. Chaos Magick, Satanism, and (neo)paganism. We also strongly encourage papers dealing with theoretical and methodological issues that are particularly pertinent to the study of contemporary esotericism, as well as papers dealing with the societal, cultural, political, religious etc. contexts of esotericism today. This can include discussions on the role played by the esoteric in modern politics (e.g. the new right), grassroots activism (e.g. deep ecology and the animal rights movement), science (e.g. parapsychology, neurotheology, “New Age physics”), healthcare (e.g. alternative medicine), popular culture (both entertainment media and in broader contexts such as kitsch, consumer, and fan culture), and modern interactive communications media (e.g. mediatization and the effects of changing modes of mediation), as well as the simultaneous influence of these and other fields on esoteric notions, beliefs, and practices. General theoretical discussion on the potential usefulness of sociological terms and concepts such as globalization, secularization, and the post-secular in the study of contemporary esotericism is also encouraged. The conference should function as an interdisciplinary meeting place where scholars from a multitude of disciplines and with different approaches and perspectives can come together to learn from each other.”