[Concerning the invisible god] some say that he is Aapep when he riseth up with a head bearing upon it [the feather of] Maat (Truth). But others say that he is Horus when he riseth up with two heads, whereon one beareth [the feather of] Maat, and the other [the symbol of] wickedness. He bestoweth wickedness on him that worketh wickedness, and right and truth upon him that followeth righteousness and truth.

The Papyrus of Ani (The Egyptian Book of the Dead), translated by E A Wallis Budge 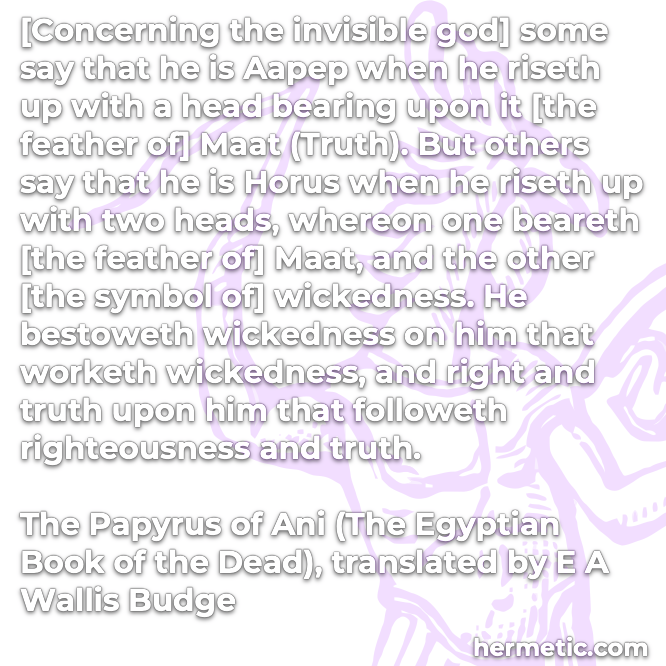 Everything is a symbol of course, it could not exist if it were not a symbol, but the fundamental symbols are those which express eloquently aspects of the Supreme Truth and the Supreme Way. 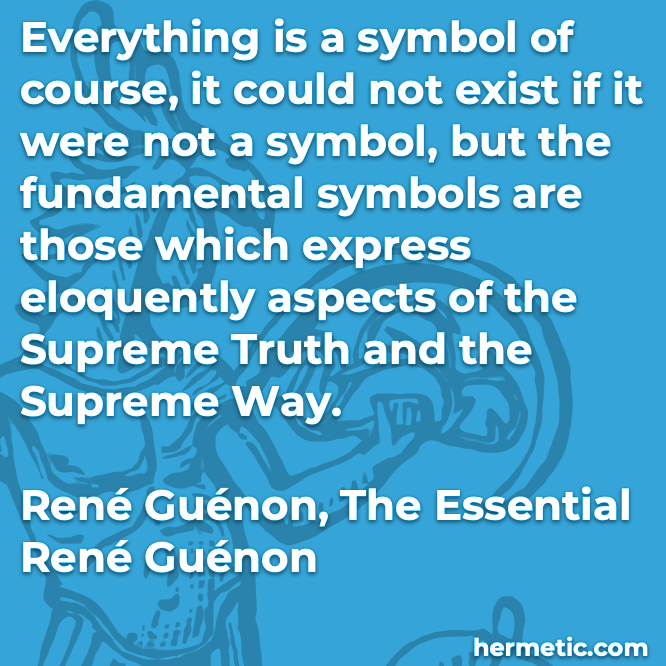 Our teaching is purposely veiled in allegory and symbol and its deeper import does not appear upon the surface of the ritual itself. This is partly in correspondence with human life itself and the world we live in, which are themselves but allegories and symbols of another life and the veils of another world; and partly intentional also, so that only those who have reverent and understanding minds may penetrate into the more hidden meaning of the doctrine of the Craft. The deeper secrets in Masonry, like the deeper secrets of life, are heavily veiled; are closely hidden. They exist concealed beneath a great reservation; but whoso knows anything of them knows also that they are “many and valuable”, and that they are disclosed only to those who act upon the hint given in our lectures, “Seek and ye shall find; ask and ye shall have; knock and it shall be opened unto you”.

W L Wilmshurst, The Meaning of Masonry, Chapter I The Deeper Symbolism of Freemasonry 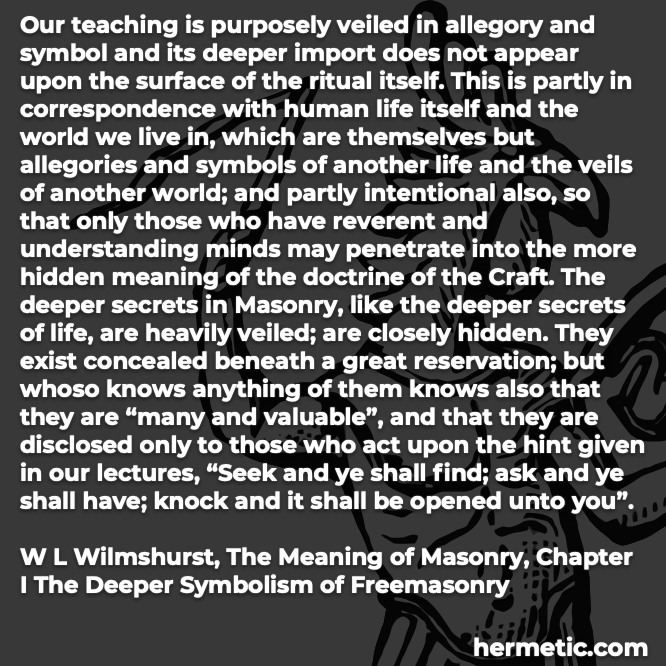 We repudiate – have our own fetish/symbol for thee immense possibilities and dimensions ov thee human mind and vessel in life. Thee Psychick Cross – an alchemical symbol for (magickally) dangerous material/knowledge. Thee Temple Ov Psychick Youth is “danger” to dogmatic/streamlined thought, that is to thee stability/status quo in present society/culture: thee seed to a new science/way ov living. 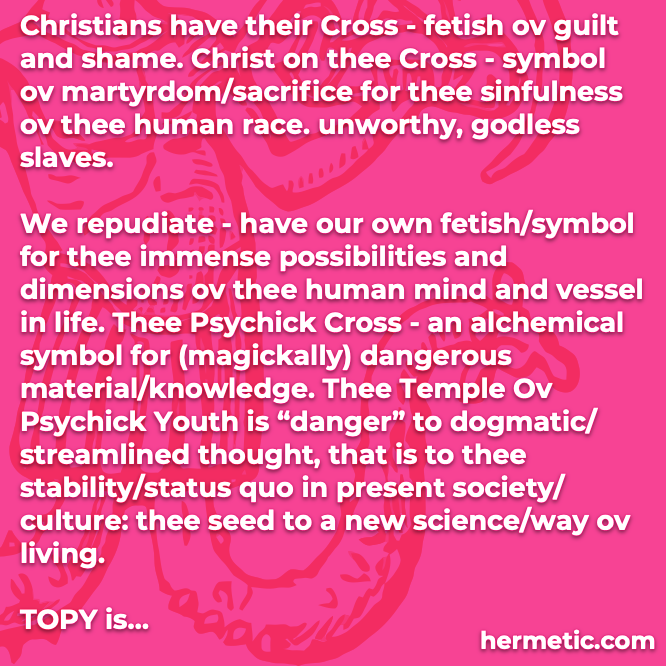 A symbol, in a climate of symbols. Nothing is without significance. 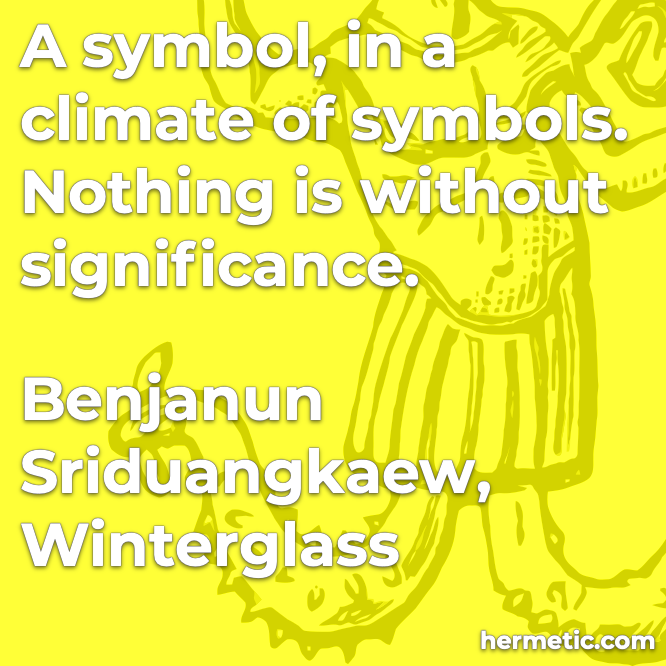 Etched on his cuirass was a stylized scroll, symbol of the Living Library, surmounted by the phrase Auvidestes, Gerani, Molokare. The words were Alaurin, the ancient language of formal scholarship, and they formed the motto of the Librarians: RETRIEVE. RETURN. SURVIVE.

Scott Lynch, In the Stacks [Amazon] 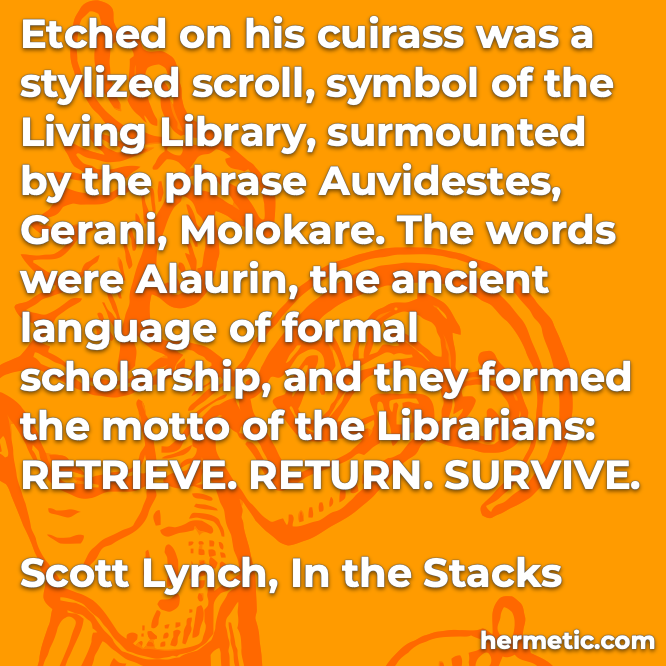 A confusion glyph. A symbol that said “Look away.” New York City magic. Sometimes it worked. 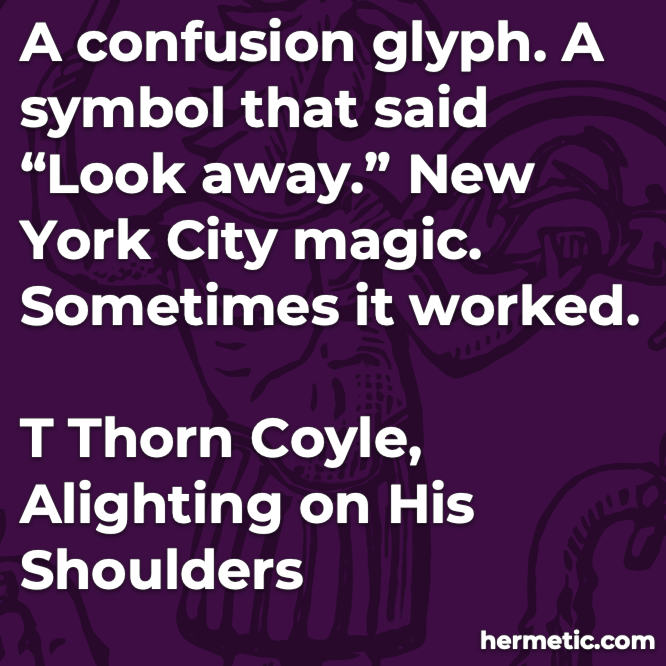 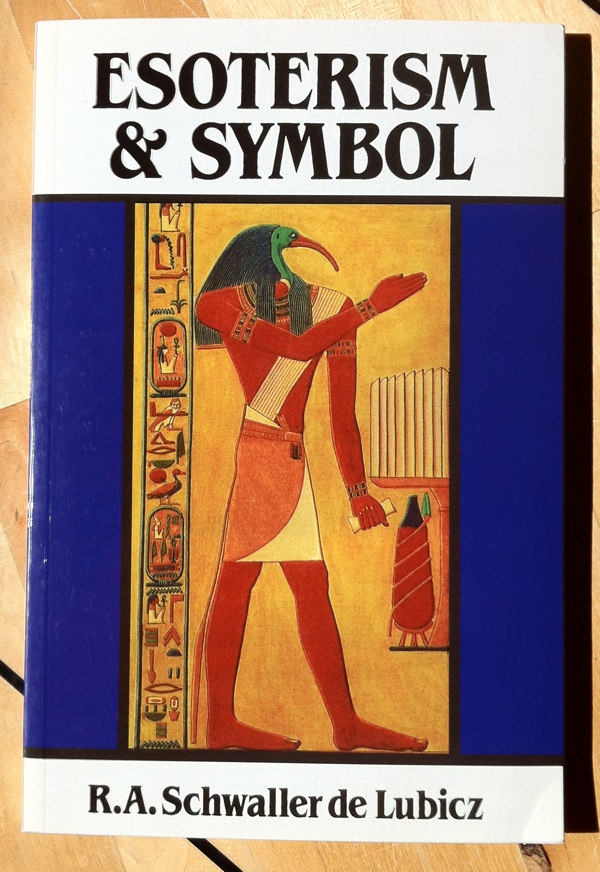 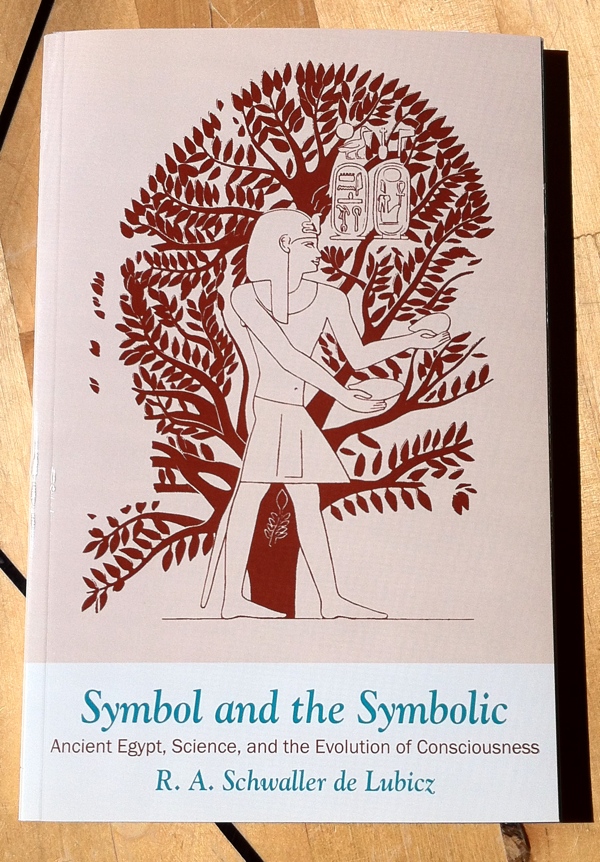 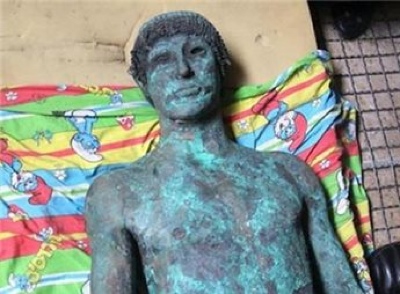