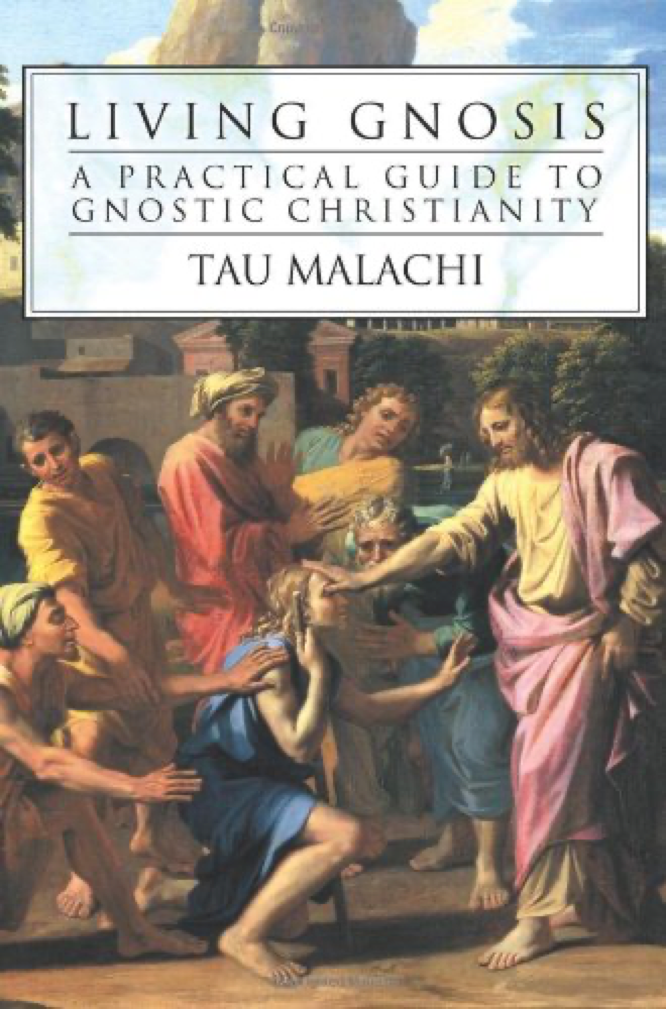 Malachi here provides a primer in Christian Neognosticism generally, and for his own “Sophian” tradition in particular. With respect to the generalities, he emphasizes the variety of Gnostic teachings, the ineffability of genuine gnosis, and the notion of personal experience as spiritual currency. “Sophianism” disclaims reconstructionist motives, professing instead to represent a continuity with the ancient Gnosis via the Rosicrucians and other esoteric traditions. As the founder of the Sophian Fellowship, Malachi traces his initiatory pedigree through the Ordo Sanctus Gnosis (evidently a sect not keen on the genitive case). The “Tau” title implies a connection with the French Gnostic Church of Jules Doinel, but Malachi makes no claims there.

His “selected bibliography” contained no volumes unfamiliar to me, and I was mostly curious about the techniques offered in the last few chapters of his text, since it is styled as a “practical guide.” As I read them, I was surprised and puzzled at the coherence of what I found there: a religious form that I don’t ordinarily associate with “gnosticism.” By the time I got to page 184, Malachi had made it abundantly clear: his Gnosticism “is more akin to a science of mind and the knowledge of how to experience prosperity, success, health, happiness, and a Spirit-connection in our lives.” For crying out loud, it’s New Thought!

Now I only wonder if Malachi knows that’s what it is, or if he really thinks it is an an ancient heritage transmitted to him by his mentor Elijah ben Miriam. Still, it’s sexier than Christian Science.