The historical place of Aleister Crowley in fact and fiction is explored a bit and somewhat sorted in a column about “Bad Books you never want your co-workers to know you’re reading” at “LURID: Aleister Crowley – Print The Legend!” by Karina Wilson.

“If there’s one individual who straddles the line between lurid fact and fiction, it’s the Great Beast himself, Aleister Crowley. The foremost Shadow Trickster of the twentieth century, his influence spills across philosophy, law, religion, journalism, international politics and all kinds of creative writing. His shaven headed, pointy eared, bulgy eyed, lugubrious visage has become a symbol for black magic and devil worship. If you’ve read much horror fiction, or seen many horror movies, you’re bound to have encountered him in one shadowy form or another. And, as with any other nebulous figure who keeps popping up in your life, it’s worth trying to figure out where he came from.

Sixty-five years after his death, there are myriad versions of Crowley still extant. Posthumously, most public figures become the result of consensus, their after-death persona defined by broadly agreeing biographers. Over time, an individual’s contribution to culture is distilled into a logline, a snappy summary sentence or two, so that he or she can be slotted neatly into their place in history.

Not so with Crowley.” [via] 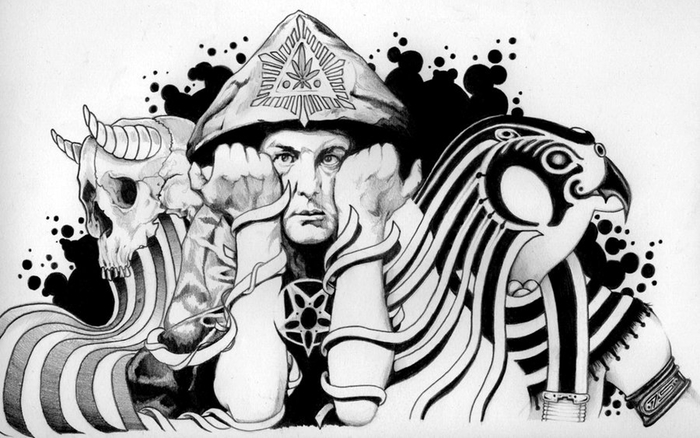 The Beast Mr. A. Crowley by ~75agulhas on deviantART

“Crowley was a maelstrom of veiled truths, half-lies, deliberate disinformation, shifting perspectives and mea culpa confessions — the ultimate unreliable narrator. He lived a life of constant invention and redefinition, although he stayed true to his core beliefs. He began life as a wealthy aristocrat, but had run through five inheritances by the time he hit his forties, and became dependent on his followers’ donations. At the beginning of World War One he was a British patriot, then claimed to be an Irish sympathizer with the German cause, but, before the ink was dry on the Treaty of Versailles, tried to convince British intelligence that he had been pushing pro-Allied propaganda all along. He was a misogynistic sexual sadist, described as physically repulsive and ‘slug-like’, but he fell passionately in love with a series of intelligent, fiery ‘Scarlet Women’ — who reciprocated his affections. He was devoted to the metaphysical creation of a Magic Child, but he neglected his flesh-and-blood daughters.

It probably doesn’t need to be said: people either loved or hated him.” [via] 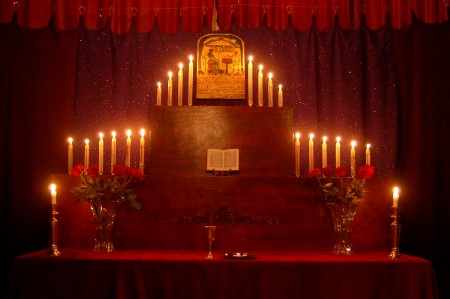 Weiser Antiquarian just sent out an email about two new books, both limited runs and signed by the authors, in which you may have some interest. 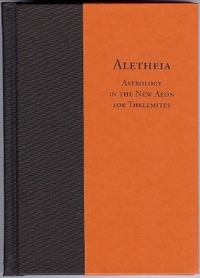 The first is Aletheia, Astrology in the New Aeon for Thelemites; a volume on astrology by J. Edward Cornelius. Limited to 418 numbered copies.

“This new book ‘Aletheia,’ is a short, practical work on astrology, with the emphasis on its use as a tool for self-knowledge and mastery by the magician or mystic. Not surprisingly it draws from and builds upon the insights of Aleister Crowley, examining among other things the relationship between astrology and the Tree of Life, the Daimon (or “Holy Guardian Angel”), and the initiatory system as taught by Crowley. Chapters comprise: Introduction, Foundations, Our Daimon and Kundalini, The Three Fates, The Lot of Fortune and the Nodes, The Tree of Life is Constantly Growing, The Twelve Houses and the Tree of Life, Interpreting the Houses, The Planets, The Mystery of Chiron, Ceres and the Asteroid Belt, The First Four Houses and the Man of Earth, Aspects, Conclusion.” 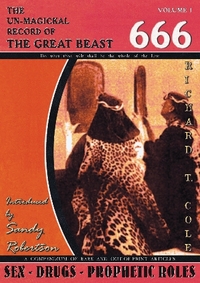 The second book is The Un-Magickal Record of the Great Beast 666. Volume One: Sez – Drugs – Prophetic Roles by Richard T. Cole. I assume this is one of the fruits to develop from the Nicholas Bishop-Culpeper collection which Weiser Antiquarian has recently started to make available to the collectors’ market.

Obvious there’s an intention for more volumes, and further there’s apparently a crossword puzzle “competition (with some rather lovely prizes) being run by the publisher that closes in December 2011.”

Aleister Crowley makes number 4 on a list of eerie recordings

Aleister Crowley makes number 4 on a list of eerie recordings, with mentions of A∴A∴, Ordo Templi Orientis and The Book of the Law at “Top 10 Eerie Recordings”

“We have already covered lists of historic recordings and incredible recordings, so now we are presenting you with a list of eerie recordings. These all feature themes or sounds that are spooky in one way or another.”

“4 The Great Beast
Aleister Crowley was an English occultist, writer, mountaineer, poet, yogi, and possible spy. He was an influential member of occult organizations, including the Golden Dawn, the A∴A∴, and Ordo Templi Orientis (O.T.O.), and is known today for his magical writings, especially The Book of the Law, the central sacred text of Thelema. He gained notoriety during his lifetime, and was denounced in the popular press of the day as ‘The wickedest man in the world.’ The recording above is an incredibly rare one – the speaker is Crowley and he is reading from some of his magickal [sic] writings.”