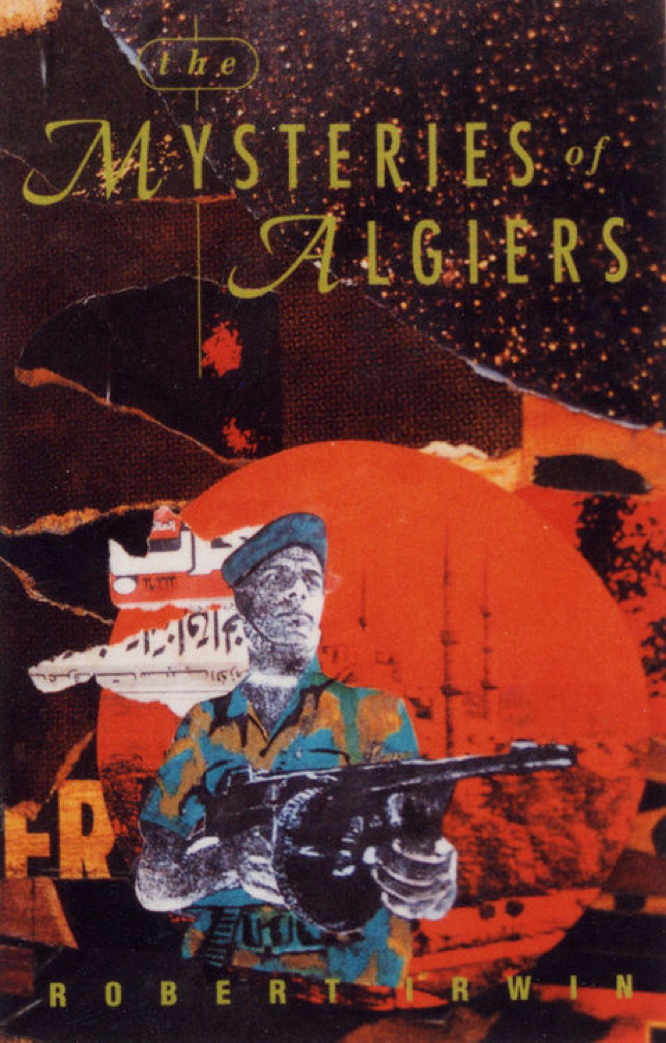 The Mysteries of Algiers has certain obvious points of intersection with Robert Irwin’s other books: the Westerner involved in espionage in Islamic Africa is like the earlier Arabian Nightmare, and the maniacally ideological protagonist/narrator is akin to the later Exquisite Corpse. In this instance, the anti-hero fanatic is a Marxist revolutionary in French Algeria.

This one is probably the most violent of the author’s novels that I’ve read. It is also the least overtly mystical. At the same time, Irwin doesn’t miss the opportunity to emphasize the spectral icing on the Marxist cake. The touchstone quote of the volume is Marx from The German Ideology: “The phantoms formed in the human brain are also, necessarily, sublimates of their material life processes, which is empirically verifiable and bound to material premises.” I still hardly understand what that means; what is the antecedent of “which”?

Still, Irwin keeps esoterically-minded readers like me paying attention with little nuggets like tacit quotation of Sufi saint Rabi’a (“The torch is for setting fire to Paradise and the water to extinguish the flames of hell,” 123) and poking fun at the arch-Mahatma of Theosophy (“It is as if Koot Hoomi — some great astral spirit — was dictating nonsense to me,” 138).

I realized while reading this novel that Irwin’s fiction has much in common stylistically with that of Chuck Palahniuk. While American Palahniuk may be more plugged-in to the 21st-century Western zeitgeist, Englishman Irwin definitely has the edge in literary allusion and historical orientation. I wouldn’t call The Mysteries of Algiers one of Irwin’s best, but it’s damned good just the same.