A moment later Doyle was reflecting that liquor was even more effective than pain—or, probably, throwing up—in reconciling one to reality. 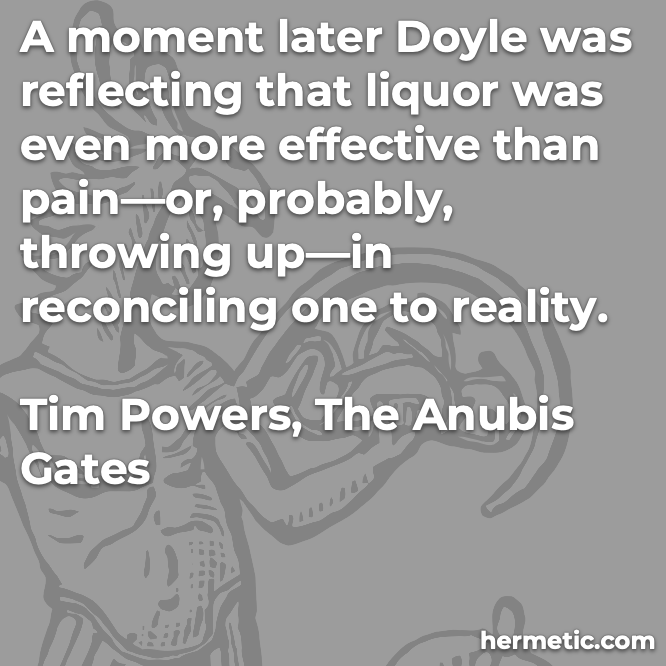 Time enough for food and drink after we’ve sent this fellow to hell. 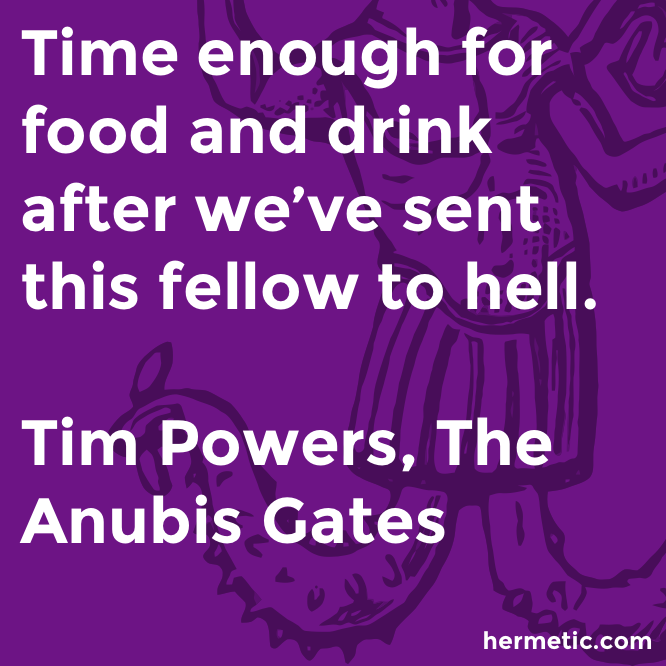 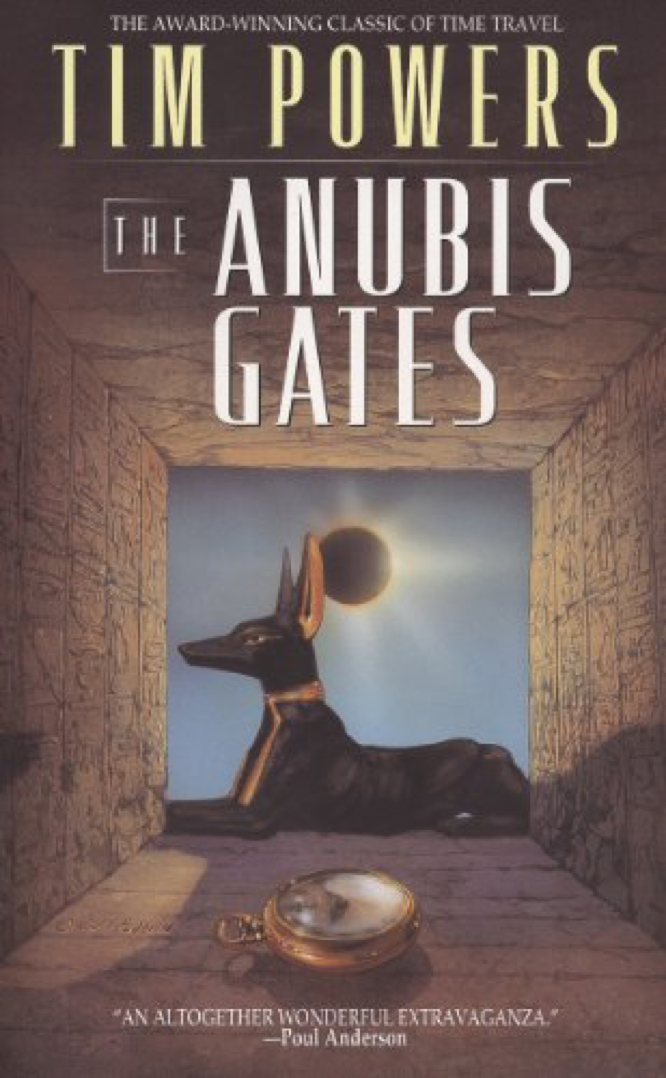 The Anubis Gates is the second novel I’ve read by Tim Powers, and I found it somewhat inferior to the first (Declare). It was gory and tended to telegraph its plot twists, as well as to emphasize them after the fact in a way that made me think that Powers didn’t trust the perceptions of the reader. The two books were similar genre efforts in terms of what I reference as “logical fantasy,” i.e. “real world” stories with rationalized supernatural elements, but the well-executed espionage dimension of Declare was merely a hapless-professor-swept-up-in-intrigue sort of tale here.

I did enjoy the centrality of English Romantic literature and the prominence of Coleridge and Byron in the story. In what must be reckoned an odd coincidence, it is my second read this year to contain a nested time-travel episode with magical and political intrigue in London during a seventeenth-century Frost Fair. (The other was Moorcock’s The Gathering Swarm).

The story’s time-travel theory was technically novel, but narratively and structurally unsophisticated. A welcome additional layer of complexity was afforded by a couple of further magical mechanisms for displacing identity and one persistent disguise. I know this book has a significant following, but I won’t be ranking it among my favorites. [via]

This is why religion can only be advice and clarification, and cannot carry any spurs of enforcement—for only belief and behavior that is independently arrived at, and then chosen, can be praised or blamed. 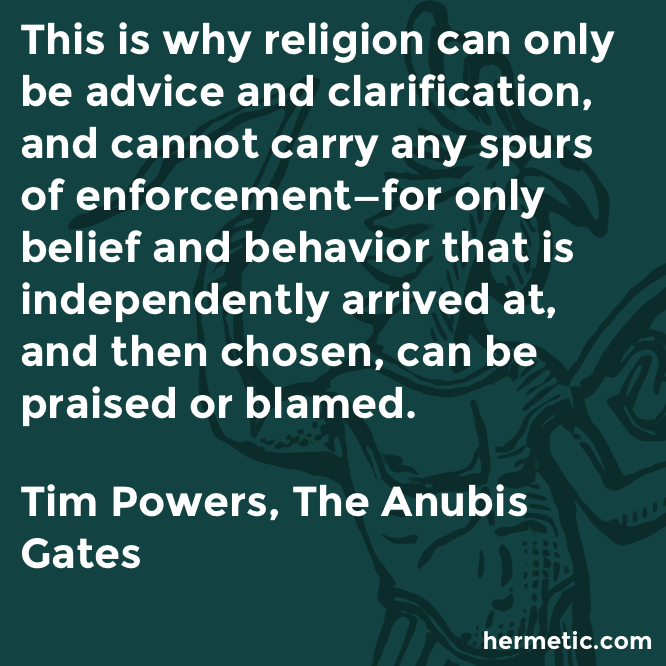 Like most modern magics, he thought bitterly, while it probably did something, it didn’t accomplish what it was supposed to. 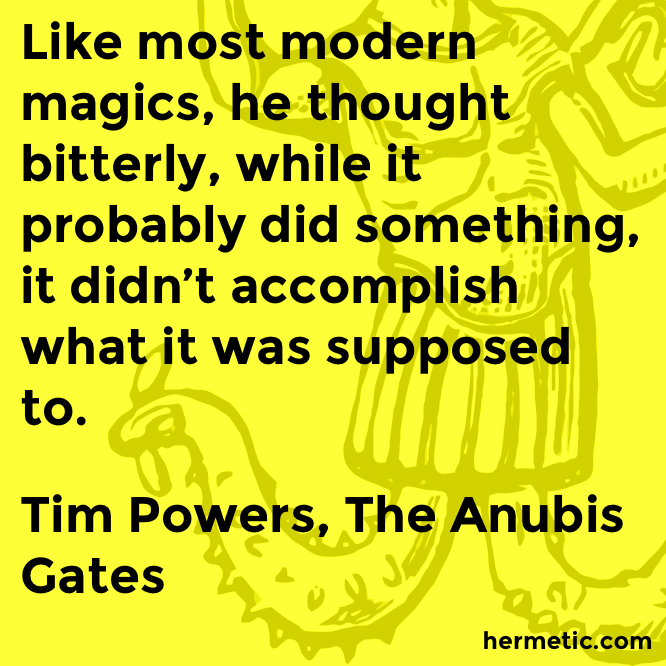