Brother Curwen, Brother Crowley. A Correspondence between Aleister Crowley and David Curwen, edited with introduction by Henrik Bogdan, preface by Tony Matthews, the 2010 hardcover from Teitan Press, is part of the collection at the Reading Room. 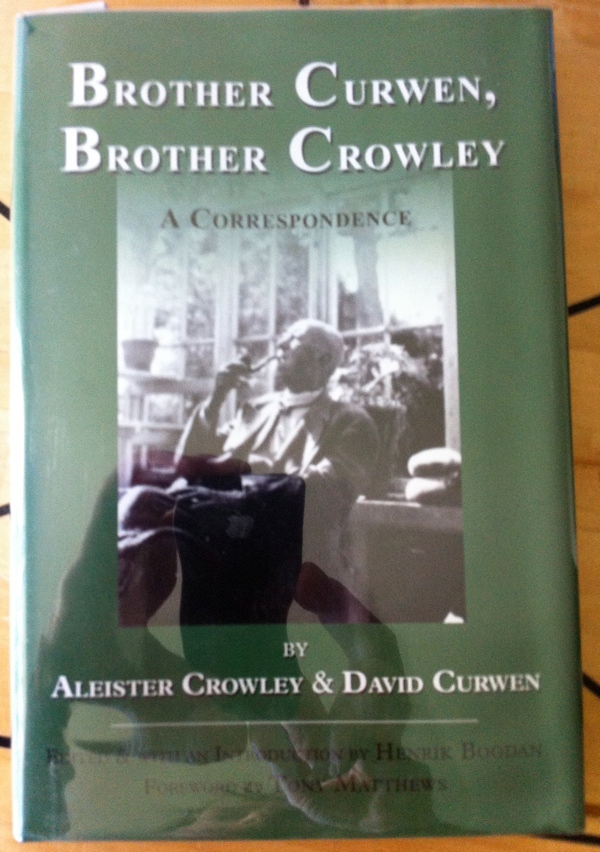 “In September 1944, a fifty-one year old Londoner named David Curwen wrote to Aleister Crowley, initiating a correspondence that would last several years. While Curwen approached Crowley with deference, the relationship that evolved between them was a complex one that defied the accepted parameters of the student-teacher nexus. For David Curwen was no newcomer to the study of the occult, and Crowley soon discovered that the flow of knowledge would not be simply one way. In particular Crowley was tantalized by the deep understanding of the principals of tantra that Curwen had acquired during the course of many years study under a mysterious guru.

At Crowley’s urging Curwen joined the O.T.O., but he remained skeptical of many of “the Beast’s” claims, and the two ultimately parted company on strained terms. However, Curwen retained his interest in the occult, and in later life he devoted himself to the study of alchemy, publishing the results of his researches pseudonymously in the book In Pursuit of Gold, a work that many believe to be the most significant study ever published of practical alchemy.

In addition to reproducing all of the surviving correspondence between the pair, Brother Curwen, Brother Crowley includes an important biographical Foreword by David Curwen’s grandson, Tony Matthews. The letters themselves have been edited and annotated by the scholar of Crowley and Western esotericism, Henrik Bogdan, who has also contributed an illuminating Introduction that gives context to the relationship between Crowley and Curwen, as well as exploring the history of their interest in sexual occultism and tantra, and the influence that they had in Kenneth Grant.” [via]