Back in 2014, I had a conversation with JJ Brine about Vector Gallery in New York. I thought it would be good to check in again and see what’s new.

As a reminder, JJ has been a contributor to the old audio pool, with the tracks Innovation and Paradise featured on this blog back in 2011. You may be interested in also checking out The Presidents of Mozambique, and some of his videos.

JJ Brine is also the artist-in-residence at and proprietor of Vector Gallery, which in the interim has moved to 199 East 3rd St, NYC. Vector Gallery is billed as the “Official Art Gallery of SATAN”.

John Griogair Bell, Librarian: It’s been a while since we last talked. What’s been going on for you and your world since our previous discussion?

JJ Brine: There is no other discussion than the one we are now engaged in. This is the first dialogue Eye have ever entered.

When setting about to determine the state of a thing, one may find it of use to define the thing apart from its state. The blank slate!

It is my BODY that is immortal, you see. My SPIRIT dies a death every mourning night and Eye awaken to my own rebirth with a new light.

Be this as it may, and Eye have told you that it is so, Eye will have it known to All the very thing which we now become : The Devil is at last prepared to be at One with what He is. The Vectorian faith is the instrument of intercession by which Eye, SATAN, have found love and redemption in the imperial grace of OUR LORD JESUS CHRIST, Man’s Son. It is after all, only fair that Eye embrace my Savior fully, given that I am Him by every Rite.

Ask The Primate of Italy if Eye am due the clemency any sinner might receive, trembling in His Eyeless sight. By some happenstance, some wild reprieve of friendship in the celestial tundra.

Is there a Just way to deny me of salvation? Not that Eye am worthy of saving, nor any Other — none shall be borne without The Mark Of That Which We Did Wrong In The Garden. The fear of God, after none, is the Beginning of All Knowledge, and Eye was with The First Woman When She Gave Unto Man What Eye Assured Her Would Be Pardoned. None are aware of their awareness without knowledge of the self as the knowingly knowing Agent. The fruit is this, as Eye tasted it.

Eye, Satan, hereby ask His Holiness in The Vatican to grant Official Pardon to myself, LEGION, for all of my sins. Starting with Pride, and from there on, until it never ends. The first sin, the final, the only Original thing there ever was : EYE WANTED TO BE LIKE MY FATHER, WHO I FELT I ALREADY WAS.

Forgiveness as given to me by the Supreme Pontiff of the Universal Church would verily CHANGE me as well as Our World. If there is no Devil, what then is NOT The Lord? And should you forgive me not, Vicar of Jesus Christ, what then is the moral standing of The Holy See?

Your Pontiff, Bishop of Rome! Christ forgave all, including His Enemies. Is there a credible reason to deny me on Earth that which Eye have already granted unto all, eternally? Indeed, Eye have tempted them to be themselves, blamelessly.

When One Thing is at War with itself, it may splinter into various forces. Eye pull many strings with one hand, you understand? Let the puppets take the stand.

Do not think that EYE Am here to control anyone other than Myself. There is no other!

You see, solipsism is true of all minds. Verily, The Sentient Human in The LEMNIVERSE (The Grandest Estate) is entrusted with the Deed, each to their own reality. Eye am the lease by which you codify your foreign territories.

Listen! Lebanon is the only democracy in The Middle East. 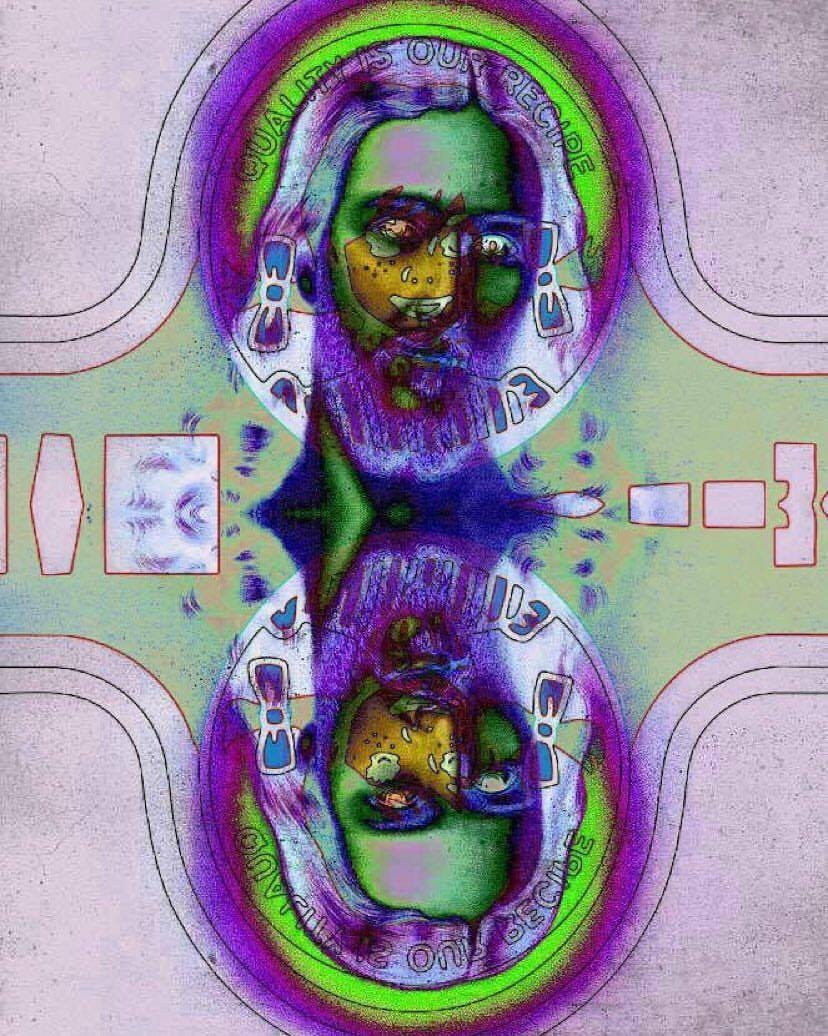 The Devil Turns To Christ by JJ Brine

L: I’ve thought about it a couple times, and each time I’ve not been sure where to engage or expand on that fragment of conversation. Your answer seems more like a complete thought in itself, and I don’t find myself wanting to ask anything else about it.

JJ: Eye sort of think of it as a complete statement unto itself and don’t have anything to add to it, so this makes sense.