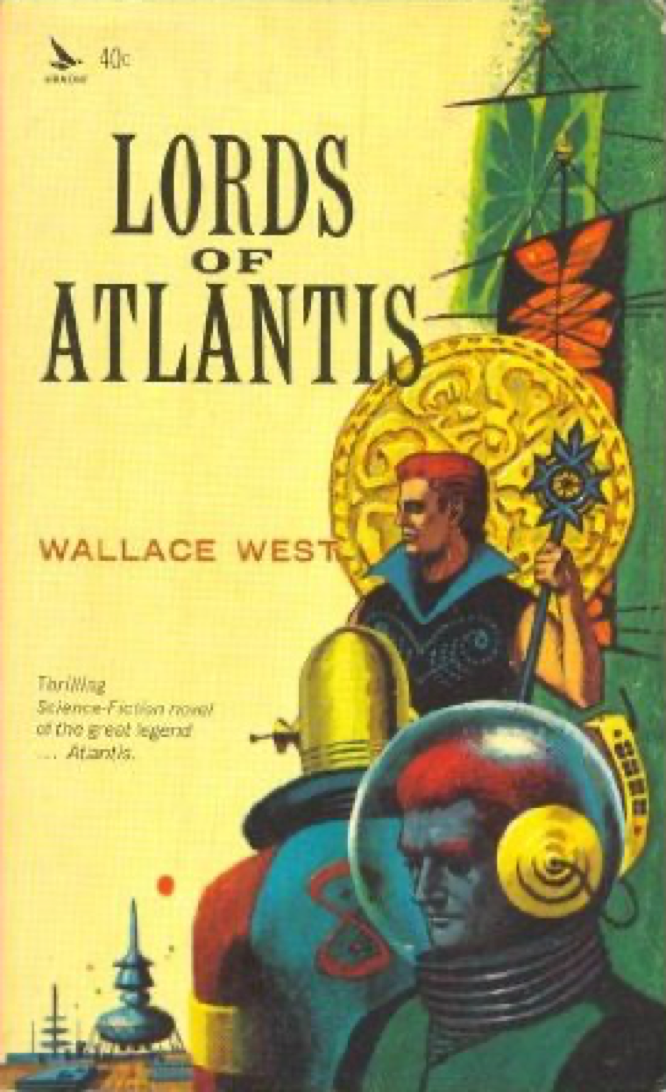 Lords of Atlantis supplies a science-fictionalized euhemerism to classical mythology, characterizing the Olympian gods as the final generation of the human elite in a prehistoric Atlantean empire established by colonists returning from Mars. The city of Atlantis is located in a dry Mediterranean basin isolated from the Atlantic by a dam at what would be the straits of Gibraltar. Their technology functions on the basis of broadcast power generated from radioactive “orichalcum” and transmitted from the “Tower of Bab El.” In the course of the novel, an uprising among the Atlantean vassal states leads to the doom of the empire and Atlantis itself.

The book offers a typical assortment of Edgar Rice Burroughs-style fantasy-adventure tropes, and the prose reads something like a superhero comic from the early 1960s (when it was indeed first published). The character interactions must have seemed “modern” to mid-twentieth-century readers, but now read as dated and provincial. Paleological megafauna feature in unpersuasive ways, as the Egyptians have pterodactyl cavalry, and saber-toothed tigers roam the Mediterranean wilderness.

Twenty-one numbered chapters and an unnumbered “L’Envoi” tempted me to consider whether the tarot trumps might have been used in some way to structure the story, and I concluded that they were not. Most chapters have epigraphs, about half of which are from Plato’s writings on Atlantis. These don’t really elevate the tone of the story or lend it any real sophistication, but they do make it seem as if the author was perhaps taking it a little more seriously than it deserved.