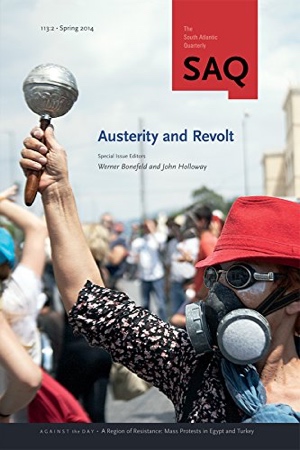 This number of South Atlantic Quarterly supplies a wealth of Marxist reflection on the 21st-century relationships among capital, government, and populace. Several give particular attention to what I suspect of being an illusory question, namely, How is revolution possible? The “logic” of the dilemma is that since social oppression creates the political horizons for people, how can those people orient themselves to something beyond oppressive systems? But this bind is something of a Zeno’s paradox, premised on assumptions of closed systems and rigid continua. In fact, society is always changing, and no change in such a complex system is so deterministic as to foreclose on the possibility of enhanced liberty.

The “Against the Day” section of this issue is concerned with the recent uprisings in Egypt and Turkey. Even though there was no “happily ever after” to the events described here, their details are perhaps grounds for encouragement. [via]