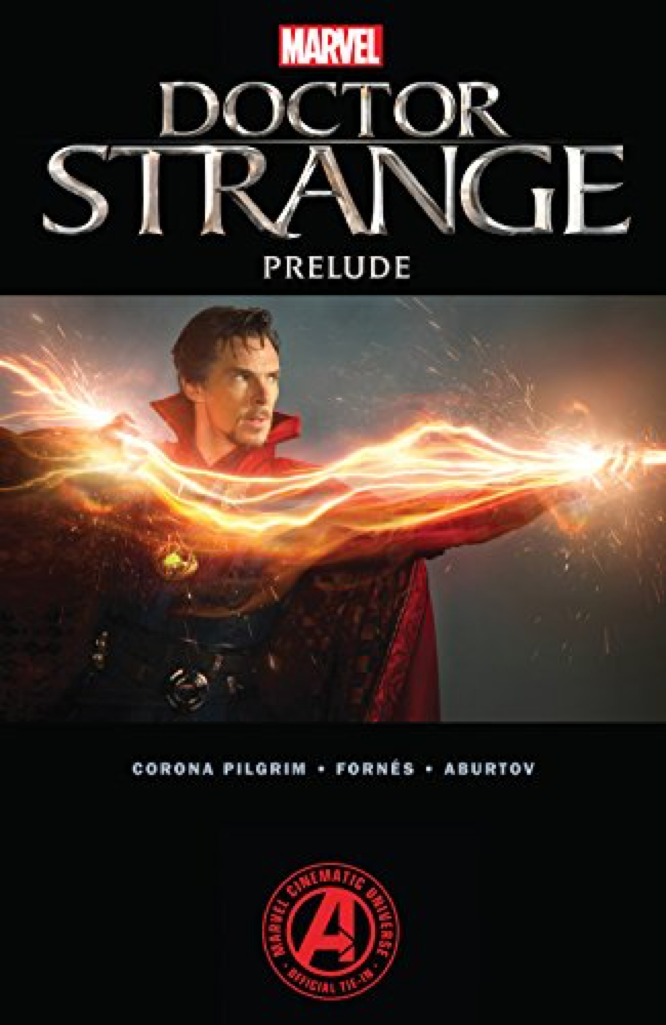 The first half of this book consists of three Doctor Strange comics in which Strange does not appear. They supply a story to establish the Kaecilius villain and Kamar-Taj setting of the related movie. I found them underwhelming at best. The rest of the book is a mix of reprints from earlier comics: the first issue of The Oath, a bit of the 2015 Doctor Strange series, Strange’s endlessly-reprinted debut from Strange Tales, and best of all the Englehart and Brunner Marvel Premiere story that preceded the 1970s run of the comic. This last one seems to have been included to justify the time-manipulation feature of the movie plot, as well as the use of the name Cagliostro, although the latter appeared nowhere except the cover, where it evidently referred to a character addressed as Sise-Neg throughout the comic.

I guess this book would be just the answer for someone who thought the Doctor Strange film was the cat’s meow, but had never read any of the comics. So it’s good that my local public library has it. Although I was intrigued by the effort in the “prelude” element, I found that content disappointing, and I would not recommend it to fellow longstanding fans of the superheroic Sorcerer Supreme. It was first published in advance of the movie, and I doubt it persuaded anyone not otherwise inclined to buy a ticket. [via]