“Lafcursiax (22nd Tunnel of Set)” is a track added by y3mk in the Hermetic Library audio pool.

Lafcursiax is the ninth stage in a personal quest through the Tunnels of Set, involving several kinds of consciousness alteration methods.

It is creative chaos, yet it is also the idea that even though everything seems filled with endless possibilities, many of them might be empty choices. Beware!

In my personal experience Lafcursiax also meant the idea that even if trapped in a labyrinth, the only choice would be to keep on fighting and loving until the very end.

“Malkunofat” is a track added by y3mk in the Hermetic Library audio pool.

“Niantiel (24th Tunnel of Set)” is a track added by y3mk in the Hermetic Library audio pool.

“Saksaksalim (25th Tunnel of Set)” is a track added by y3mk in the Hermetic Library audio pool.

“Saksaksalim is the eighth stage in a personal quest through the Tunnels of Set, involving several kinds of consciousness alteration mechanisms.

Saksaksalim deals with becoming one with all perception, but it could be better described as the opposite: destroying the identification with a body as a partial object of perception. Therefore, it might be more of a dis-identification than an identification of the self with everything.

The lyrics in the beginning come from the Book of the Law by Aleister Crowley, and are performed by Loli-chan in her ‘hysterical reading’ of said book. Audio is used with her permission for this track.”

This track belongs to an ongoing series on the Tunnels of Set, and was created as the grounding of the tunnel of Malkunofat. This exploration consisted in a mythical descent to the Underworld of Ereshkigal in order to learn her teachings on the real nature of death. This didn’t come without a price, since it is naked and bowed low that Inanna enters her throne room. Yet it is rewarding to never protect your life, so you can throw it away whenever you need to. 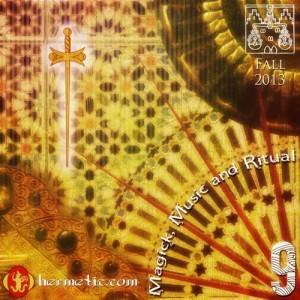 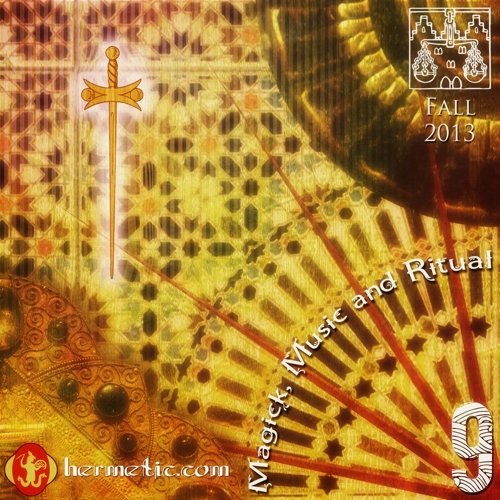 “A’ano’nin (26th Tunnel of Set)” is a track added by y3mk in the Hermetic Library audio pool.

“A’ano’nin is the seventh stage in a personal quest through the Tunnels of Set, involving several kinds of consciousness alteration mechanisms.

A’ano’nin is animal joy, it is harmony with instincts and with what you really desire. However, there is a catch. The object cause of desire is always sliding from one superficial object to the next and always remains unattainable. Reaching the object you think you desire with all your might doesn’t satiate you: it makes the emptiness even clearer and stronger.

“Parfaxitas (27th Tunnel of Set)” is a track added by y3mk in the Hermetic Library audio pool.

“Parfaxitas is the sixth stage in a personal quest through the Tunnels of Set, involving several kinds of consciousness alteration mechanisms.

Parfaxitas deals with the animal mind, an inner beast hidden in the very depth of a forgotten forest. It is not some fluffy idealized animal willing to take a walk with you, but one that is hurting because you’ve tamed it in order to fit in society. Trapped, caged and forgotten, so nobody can hear its howling. And if you set it free, it might bite your life apart. So, this tunnel is also about negotiating with this animal self, this hurting tamed human, and reintegrating it into your life.”

“Tzuflifu (28th Tunnel of Set)” is a track added by y3mk in the Hermetic Library audio pool.

“Qulielfi (29th Tunnel of Set)” is a track added by y3mk in the Hermetic Library audio pool.

Qulielfi is the fourth stage in a travel through the Tunnels of Set. It is a strong breakdown of dogma in the depths of the unconscious. It is a letting go. The moon unmasked, the powers that subtly balance, the action unseen. The power to enchant the world in your silence, thus dragging it wherever you wish. Changing under the surface that which seems unchangeable. A secret place.